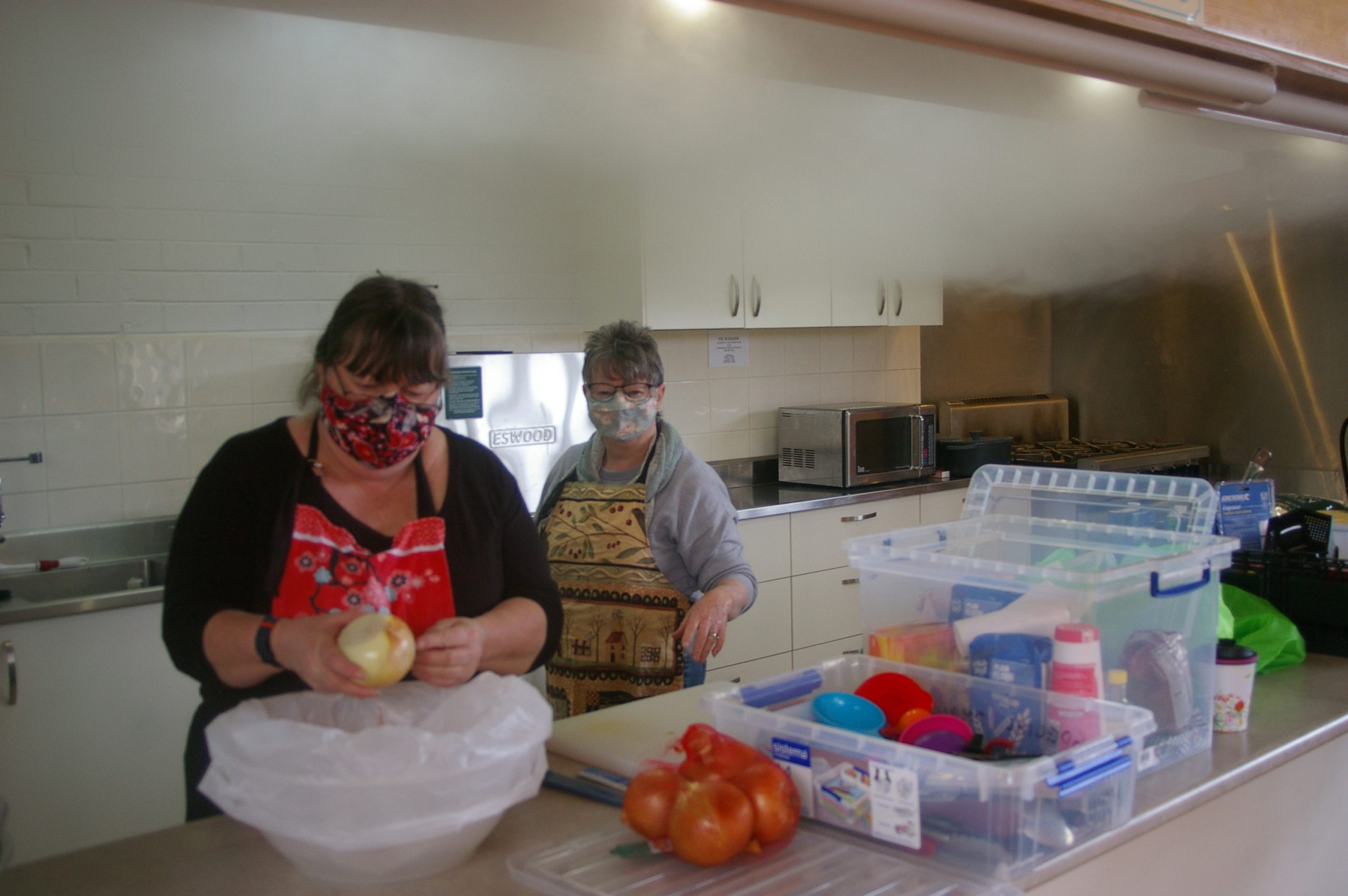 YARRAM Neighbourhood House has been preparing nutritious meals for the community for some months now.

While primarily intended for disadvantaged or at-risk residents, the takeaway meals are available to all from a fortnightly distribution from the neighbourhood house, or by arranged delivery within the town.

Community meals volunteer Justine Meaker said the meals were distributed on Wednesdays at the low cost of two dollars to cover the cost of the containers.

“We have a window of opportunity between 12pm and 2pm, but the meals are usually sold out by 12.30pm,” she said.

“Often there are people waiting from 11.45am, keen to buy a meal.

“And all the feedback we get is that the food is ‘yum!’.”

Ms Meaker said the philosophy behind the meals was good old fashioned cooking, using whatever food was seasonal and available.

Much of the food is sourced from Second Bite in Sale and supplemented with purchases from local supermarkets and donations from local residents.

“We have received vouchers from Woolworths, and some vouchers from St Vinnies, along with financial donations from community members who thought the meals were a good idea,” she said.

“We have also received donations of surplus vegetables from locals.

“One week we had a surplus of pumpkins donated, so they became pumpkin soup.”

The meal being prepared when the Gippsland Times visited was to be a lasagne, with an apple sponge for dessert and a vegetable soup if the supplies stretched.

The house hopes to arrange for a food handling course to be conducted once the pandemic restrictions are lifted, to enable more people to become involved in preparing the meals.

Yarram Neighbourhood House coordinator Cathy Cook said the idea for the community meals came from discussions in the past about services the neighbourhood house could provide.

“It was prompted by the lockdown,” she said.

“We knew there would be people out of work and in need of an affordable meal.”

The food is distributed from the Yarram Neighbourhood House every second Wednesday, with about 50 meals or 100 courses provided.

“In the future, after the restrictions are lifted, we would like to make the opportunity for a sit down meal to bring about some community involvement,” Ms Cook said.

The four regular volunteers, all qualified food handlers, use the industrial kitchen in the Yarram Regent Theatre’s supper rooms.

Installed during community revitalisation in the aftermath of the 2009 Black Saturday bushfires, the kitchen was envisioned as a resource to be used in times of emergency, and provides the perfect facility for the neighbourhood house team.

The use of the kitchen has been donated without cost by the Regent Theatre’s committee of management, a gesture Ms Cook said was crucial to the community meals being viable.

“We found out the Heyfield Hall enjoyed increased bookings when their kitchen was listed as a commercial kitchen,” she said.

She hoped that following an inspection by the shire’s health officer, the commercial accreditation would be forthcoming.