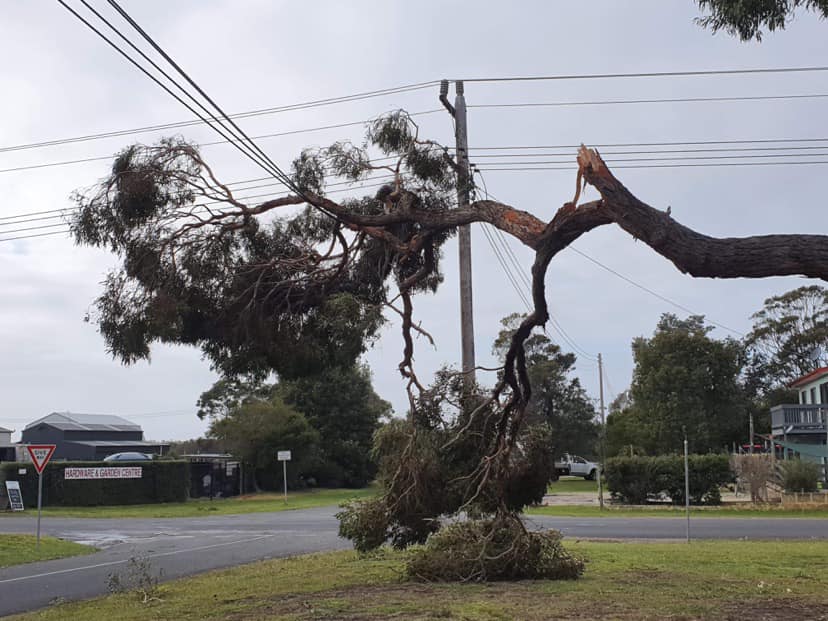 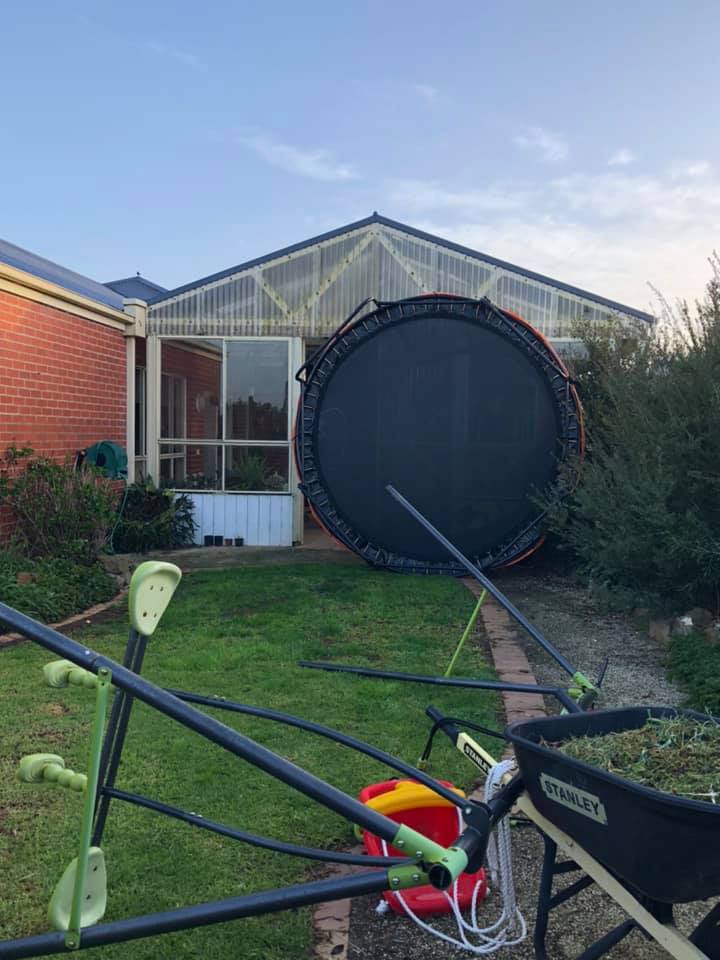 EMERGENCY services are warning Gippsland road users to drive slowly and be mindful of fallen branches and debris after the region was lashed with wild weather.

Gippsland SES volunteers were inundated with calls for assistance on Thursday night after eastern Victoria was hit by a fast moving cold front that brought damaging winds.

During the 24 hours to 8.30am on Friday, the SES received almost 300 calls in the Eastern region, which takes in Wellington Shire.

That included 15 calls for help in Stratford, seven in Yarram, four in Loch Sport and seven in Briagolong.

Residents reported lightning and deafening thunder as the storm rolled through the shire from around 7.30pm, accompanied by winds averaging 60 to 70 kmh, with peak gusts of about 100 kmh in some areas.

Most calls for help related to trees down across roads (85 per cent), while 10 per cent related to damage to buildings.

A VICSES spokesman said volunteers had cleared around 80 per cent of requests by Friday morning, and were still working through the remainder as quickly as possible.

He said loose branches that may have been dislodged could continue to come down with more strong winds, because of the wet ground.

Across the state, the emergency service received more than 3200 calls for assistance.

AusNet Services staff are still working around the clock to get everything back to normal, after the violent weather caused the worst storm damage to its network since 2003.

Power outages affected more than 120,000 homes and businesses across AusNet’s network, which spans from the eastern New South Wales-Victoria border to the coast, and includes some of Melbourne’s eastern suburbs.

An AusNet spokesman said the large volume of calls into 132 500 at the same time during the peak of the storm resulted in some delays for some residents seeking assistance.

“We thank the community for their patience and for the hard work of all the emergency services telecommunications authority operators,” he said.

AusNet is reminding people to stay away from fallen trees and power lines, and to report damaged or fallen power lines on 13 17 99.

Adding insult to injury, more severe winds on Sunday brought more faults to some of AusNet’s repaired services, meaning some houses that had finally had power restored on Sunday were once again offline.

On Sunday night, there were still 5400 homes and businesses without power, some since Thursday’s storms.

AusNet warned via social media it could still be several days before some homes and businesses were reconnected.

The Department of Health and Human Services has confirmed people can travel to a friend or family member’s house if a power outage affects health or safety, or the health or safety of someone in the same house.