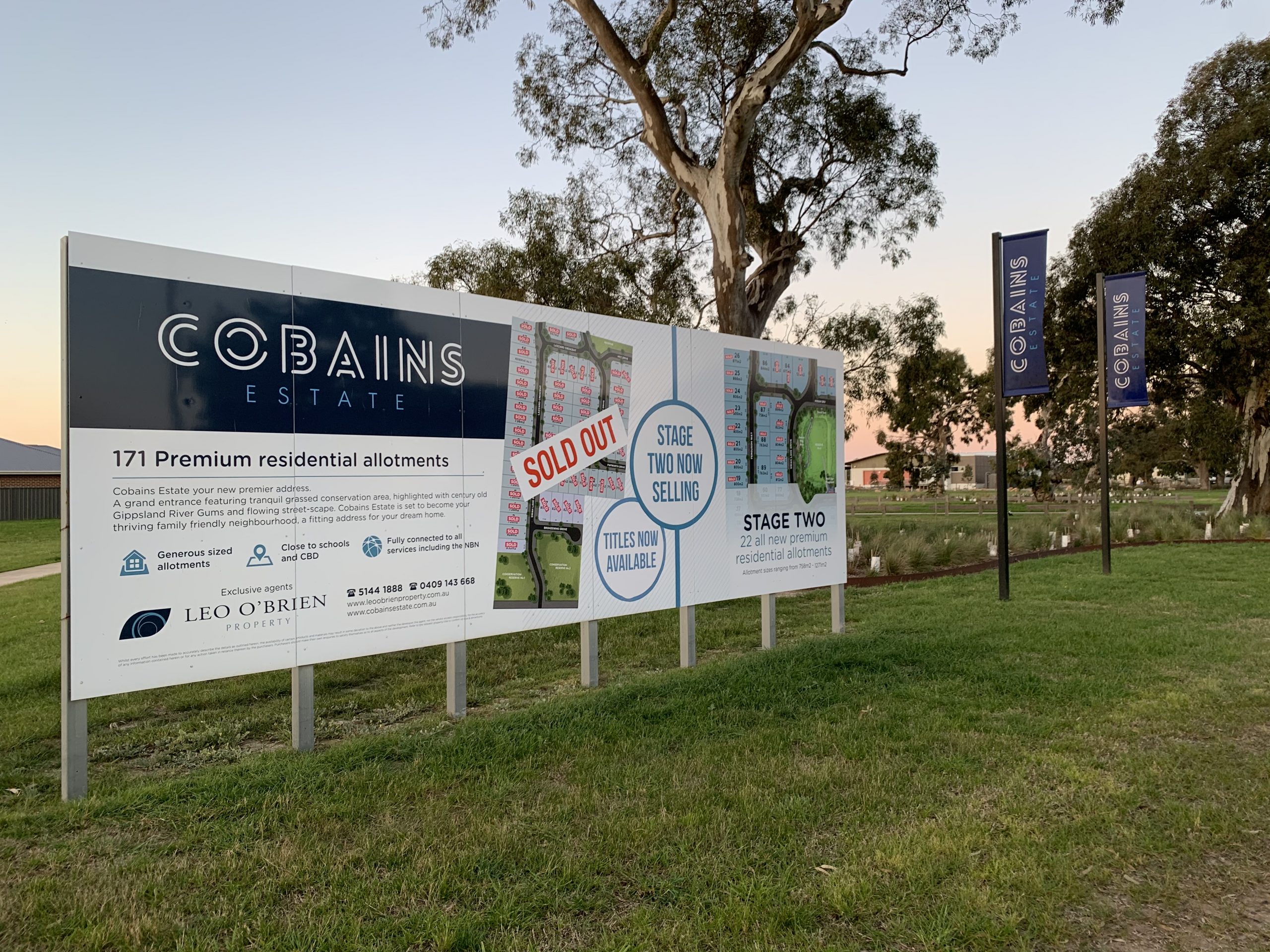 LAND is being released for residential development across Wellington Shire’s towns, with work continuing to meet future demand.

Despite the COVID-19 pandemic, developers are confident the region remains attractive to people looking to relocate.

A Wellington Shire Council stocktake of properties available for sale and rent, as well as land appropriately zoned and ready for development, found there was a need to focus on opening new residential areas.

Council has been working closely with developers to progress their projects, and has also been identifying areas which could be developed into the future.

“So we’ve taken the proactive approach to work with developers to facilitate land releases to relieve the situation,” he said.

“We are planning later in the year to hold a summit with the local development industry to see what incentives would help see more lots released in all our key towns.

“We have such a great lifestyle and good employers, so it’s vital that there is housing choice.”

Council is working on providing options for housing developments, now and into the future, to accommodate people who want to build homes, invest or relocate to Wellington.

Work is underway on the Maffra Structure Plan, which will provide council a long-term strategic vision to guide development and land use in the shire’s second biggest town.

Land to the north of Sale is continuing to be released for development.

Cobains Estate director David Dyer said there had been many enquiries from people living outside the region who were keen to maintain their current jobs, but wanted to relocate to the country and utilise flexible work arrangements.

“Sale and district has a number of key lifestyle attributes including excellent municipal and sporting facilities, health care infrastructure, respected schools and relative affordability,” he said.

“Many new visitors to the region who are considering a lifestyle change will consider Sale and district to be the best of both worlds, with close proximity to water and land-based leisure activities and also accessibility to Melbourne.

“The confidence we have in the region has enabled us to invest over $7 million in residential land development over an 18-month period.

“Since launching stage two of Cobains Estate in December 2019, we have experienced steady demand for blocks in the development, primarily from owner-occupiers.

“We are currently only weeks away from gaining titles for the current stage under development and are already fast-tracking the civil design for the next stage.

“We have engaged another Gippsland family business, Whelans Group Investments, to immediately commence the next stage of 37 residential allotments in the coming weeks.”

Mr Dyer said the area was fortunate to have strong industries underpinned by oil and gas and agriculture, along with the Defence and government sector.

“We also have untapped potential for tourism from over four million Victorians who live less than three hours from Sale – road trips will now bring new visitors to the region who will wish they’d discovered our their new frontier much sooner,” he said.

Machinery arrived to work on the Glenhaven Fields a week before the COVID-19 restrictions were enforced, with director Nick Anderson saying a decision was made to forge ahead with work despite the economic uncertainty.

“I am pleased to say that with the support of the federal government, the local development industry, local agents and local buyers, some four months later, stage 4A is 50 per cent pre-sold and the decision has been made to move straight on to stage 4B in order to meet the local demand for competitively priced residential land in a quality setting with increasingly public amenities and recreational areas planned and being developed,” he said.

“Seeing earth moving equipment and newly-commenced house frames scattered throughout our estate, as well as the other estates offering alternative options to Glenhaven Fields, is a sign that our local economy is moving in the right direction and we are not just sitting back dwelling on the circumstances presented to us thus far in 2020.

“It is a good sign for Sale and the greater Sale area.”