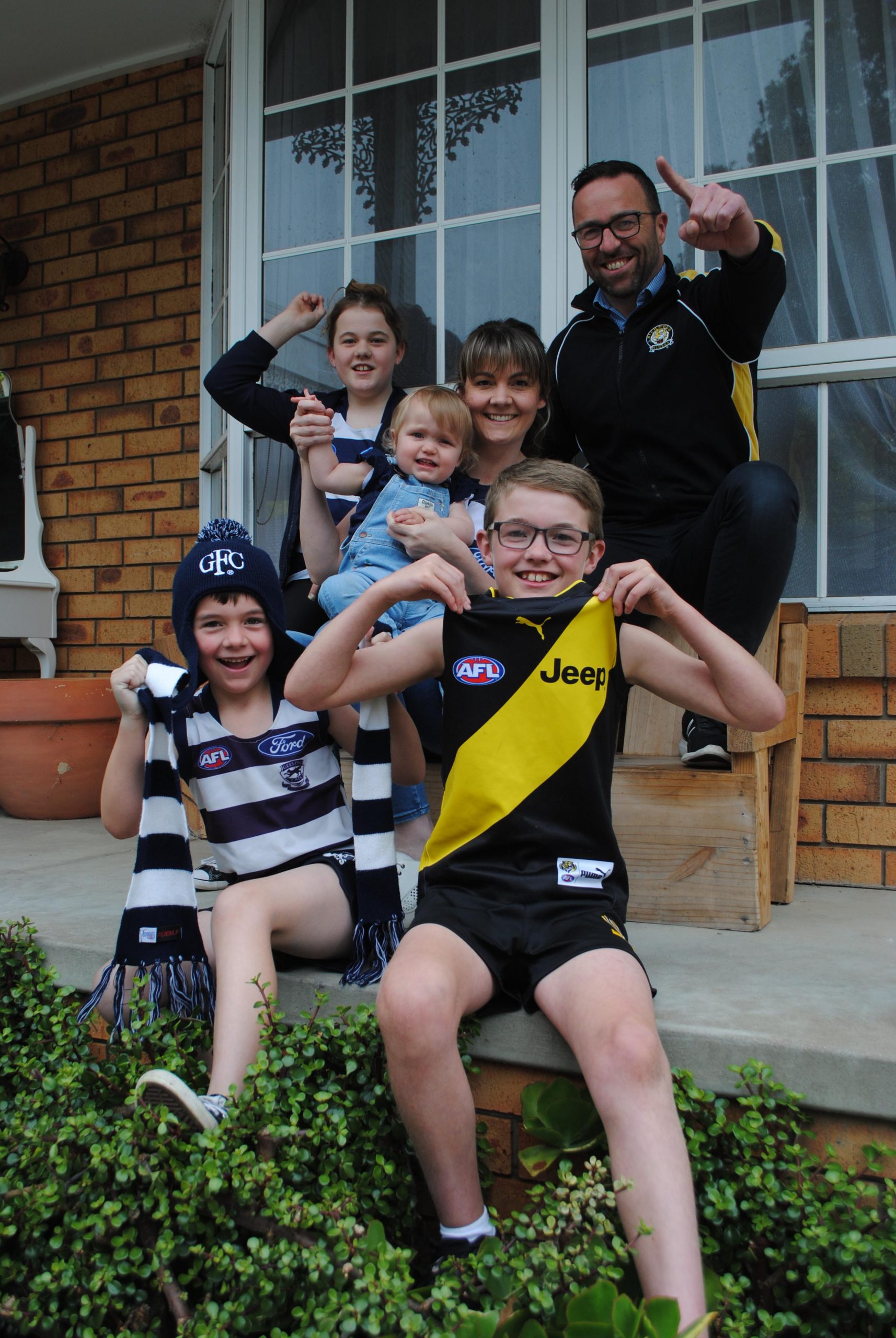 THERE can only be one winner in the Fitzgerald household on Saturday.

Those watching the AFL grand final tomorrow might want to spare a thought for Fitzgerald family from Sale, which consists entirely of Richmond and Geelong supporters.

Matt and wife Lucy will be putting the niceties aside for the grand final, with Tiger supporters Matt and 10-year-old Harry up against Geelong fans Lucy, Amelia, aged 12, and Ollie, seven.

The poor parents are facing the ultimate win-lose situation, and will either be celebrating with some of their children or consoling the others, depending on the result.

“There will be tears,” Matt conceded.

“It’s a pretty sobering environment around the house after one of them has lost.

The family had been eyeing off a potential Richmond-Geelong grand final a few weeks ago, and now that the big day is almost here, Lucy said the two boys especially were raring to get bragging rights.

“They stir each other but generally have fun – it’s really exciting to have a grand final together,” she said.

“They both live and breathe footy.”

Adeline is yet to decide on a team, and Matt is seeking to equalise the number of Tigers in the family.

“I’ve tried to convert all of them and been unsuccessful on two occasions,” he said.

“I’m hoping for the last one to come on my side.”

Harry was confident heading into the match, and hoped to see his favourite player Tom Lynch kick a bag of goals.

Ollie is hoping to see his favourite player Patrick Dangerfield have a big say in the result, and maybe walk away with two medals around his neck.