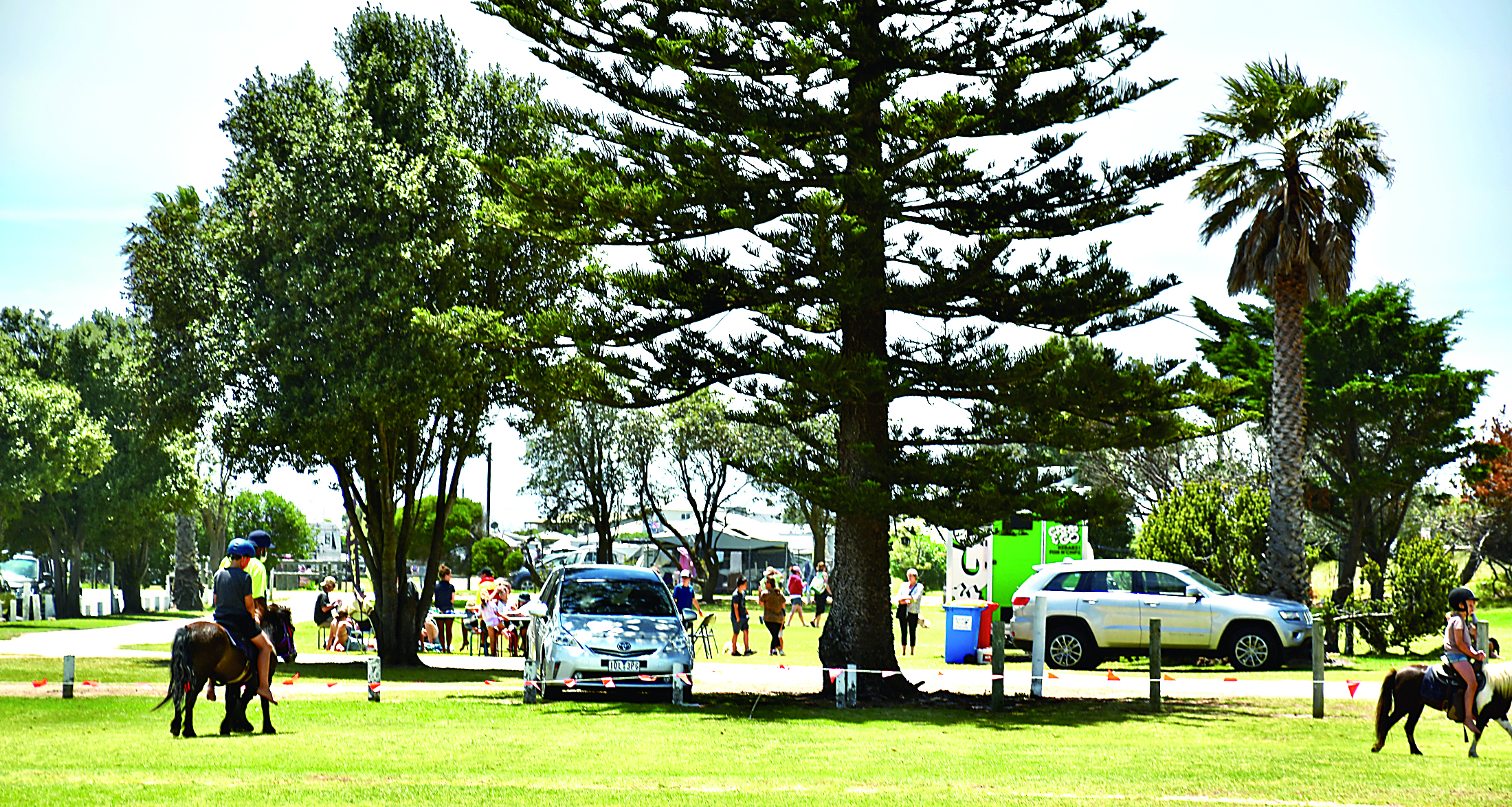 WHILE celebrations to bring in 2021 were thrown into chaos after the rules around mask wearing and numbers gathering in homes were tightened on New Year’s Eve, holidaymakers in various places across Wellington Shire still made the most of the kind summer weather and hospitality of local providers.

Families and groups of friends again flocked to destinations such as Seaspray and Loch Sport, with the usually quiet coastal towns booming with activity in the week after Christmas.

Those descending on Seaspray well and truly went by the “live, love, laugh” motto that greets drivers on the welcome sign into town, as beachgoers enjoyed the water, anglers cast their lines and children ran around with endless amount of energy.

At Seaspray Caravan Park, all 240 sites were booked out.

For a few days at least, Seaspray’s population was nearly quadrupled, as some 800 people called the caravan park home.

Park manager Stewart Courtney said the combination of great summer weather and a return to some resemblance of normality had made for a busy holiday period.

In a good sign, it was an all Victorian contingent that came to Seaspray this year, alleviating some stress for locals amid the worsening COVID-19 situation in New South Wales.

“Sale should get a good rub off from retail and hospitality,” he said.

It was a similar story in Loch Sport, with many people staying in their holiday homes.

Holiday rentals were booked out long ago, with Loch Sport real estate agent Leanne Powers telling the Gippsland Times that by October, 45 holiday rentals had already been booked out.

Lake Wellington was a hub of activity as boats came and went, many journeying from Paynesville.

Fishers between Loch Sport and Paynesville were after tagged fish worth $10,000 each as part of the Golden Tag competition.

State Fishing and Boating Minister Melissa Horne launched the competition in Loch Sport in November, with the statewide total of tagged fish at more than 1000.

There was hardly any letting up at the town’s only pub, Lakeview Bar and Bistro, which was absolutely packed most days in the lead up to New Year.

Such was the demand, patrons were literally interchanging at tables moments after they were wiped down.

Loch Sport brought in the new year with a fireworks display and small carnival along the foreshore.

Generally the population of Loch Sport grows to 7000 around Christmas, up from 2000 permanent residents.

However, an increase in the number of people working from home during the lockdowns has resulted in many new faces setting up home offices, thanks to a reliable NBN service.

As such, Loch Sport has become one of the fastest growing towns in Wellington Shire, and appears to no longer be one of the hidden gems of Gippsland.

Moving into 2021, it is expected higher population numbers will be seen throughout the year.