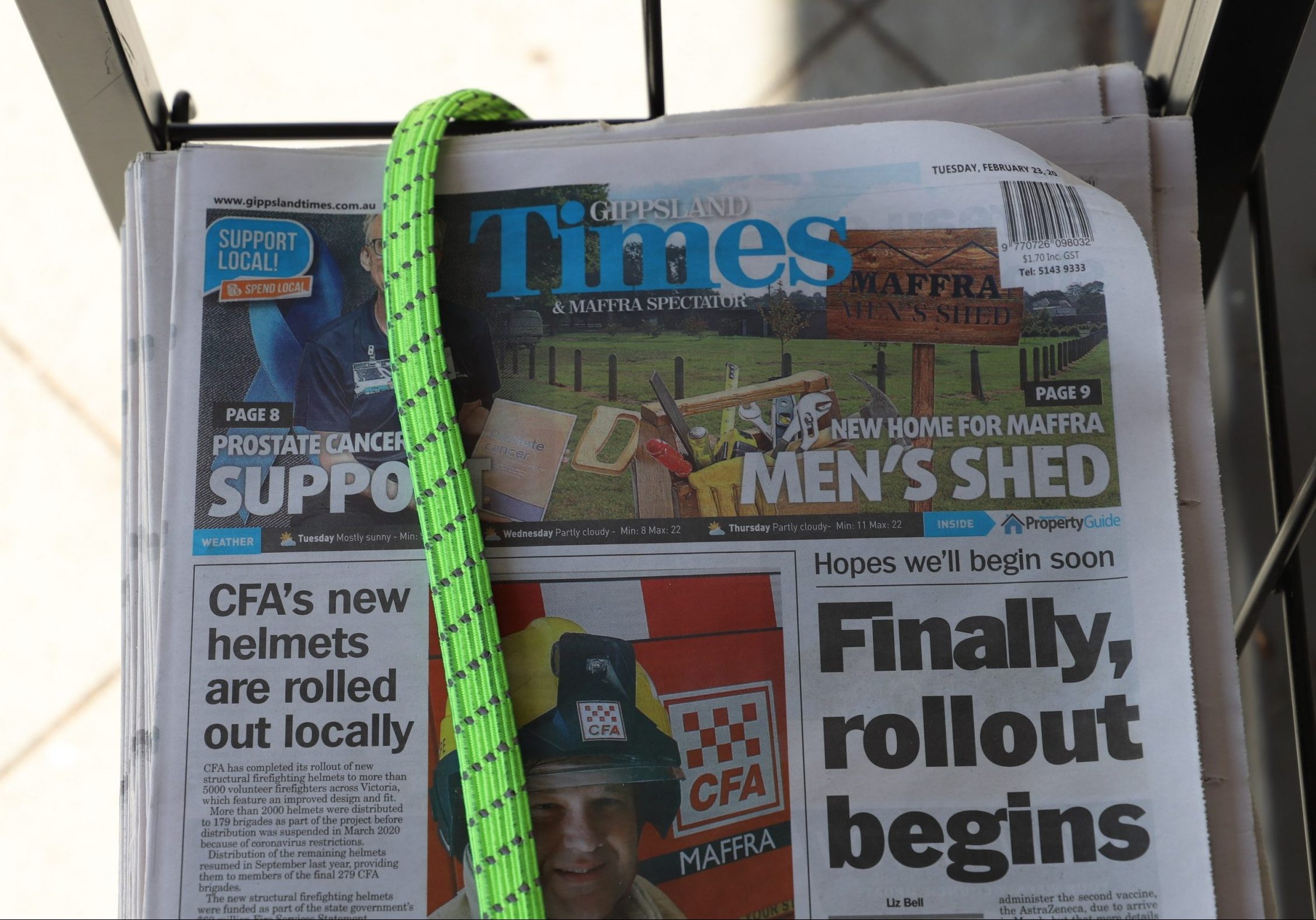 THE future of local newspapers will be a key issue for regional, rural and suburban voters at the next federal election, a newly-released national study has found.

The biggest national survey of local news audiences in Australia, conducted as part of the Media Innovation and Civic Future of Australia’s Country Press project, reveals the passion people have for their local newspapers – and has found they want a much bigger say about their future.

The survey findings come as many country newspapers have struggled to survive during the pandemic.

The survey asked almost 4200 Australian country press newspaper readers in rural, regional and outer suburban areas about the role of local newspapers within their communities and their ideas for innovation within the sector.

It found a strong, continued demand (and passion) for the printed product in rural and regional Australia.

In fact, the majority of audiences preferred a printed newspaper, with younger generations also part of this trend.

Country press readers overall were 2.6 times as likely to read their local paper in print than in digital format.

Audiences overwhelmingly viewed a printed copy of their newspaper as an essential service for their community.

This accords with previous research that has advocated for recognition at the policy level of the vital importance of the printed paper.

Surprisingly, just five per cent of younger audiences said they mostly used social media to find out about local news.

Audiences believed local newspapers should be collaboratively funded by a range of stakeholders including media companies, advertisers, subscribers, government and philanthropy, to ensure their future.

While some media lobbyists and academics in Australia and internationally have called for newspaper subscriptions to be made tax deductible, 71 per cent of respondents are not in favour of such initiatives.

Audiences overwhelmingly indicated any additional funding for local news should be directed to employing more local journalists to report news (71 per cent), over increasing digital connectivity (13 per cent) and digital innovation products (17 per cent).

Project leader, Associate Professor Kristy Hess, from Deakin’s School of Communication, said the voices and perspectives of everyday audiences were often missing in policy discussion about the future of local media, and people had offered innovative ideas to support their future.

“It’s clear that the local newspaper really matters to Australian audiences; personally, I don’t think that was ever in doubt,” Associate Professor Hess said.

“But we can see from this survey just how passionate readers are about the sustainability of news that provides good quality local content and keeps them informed about people and happenings in their community.”

The survey is part of a three-year project that aims to develop and test a new plan to support local news media in the digital era. Almost 30 per cent of Australia’s population, almost eight million people, live outside major cities in rural and regional areas, and are less well serviced by the media than their urban counterparts.