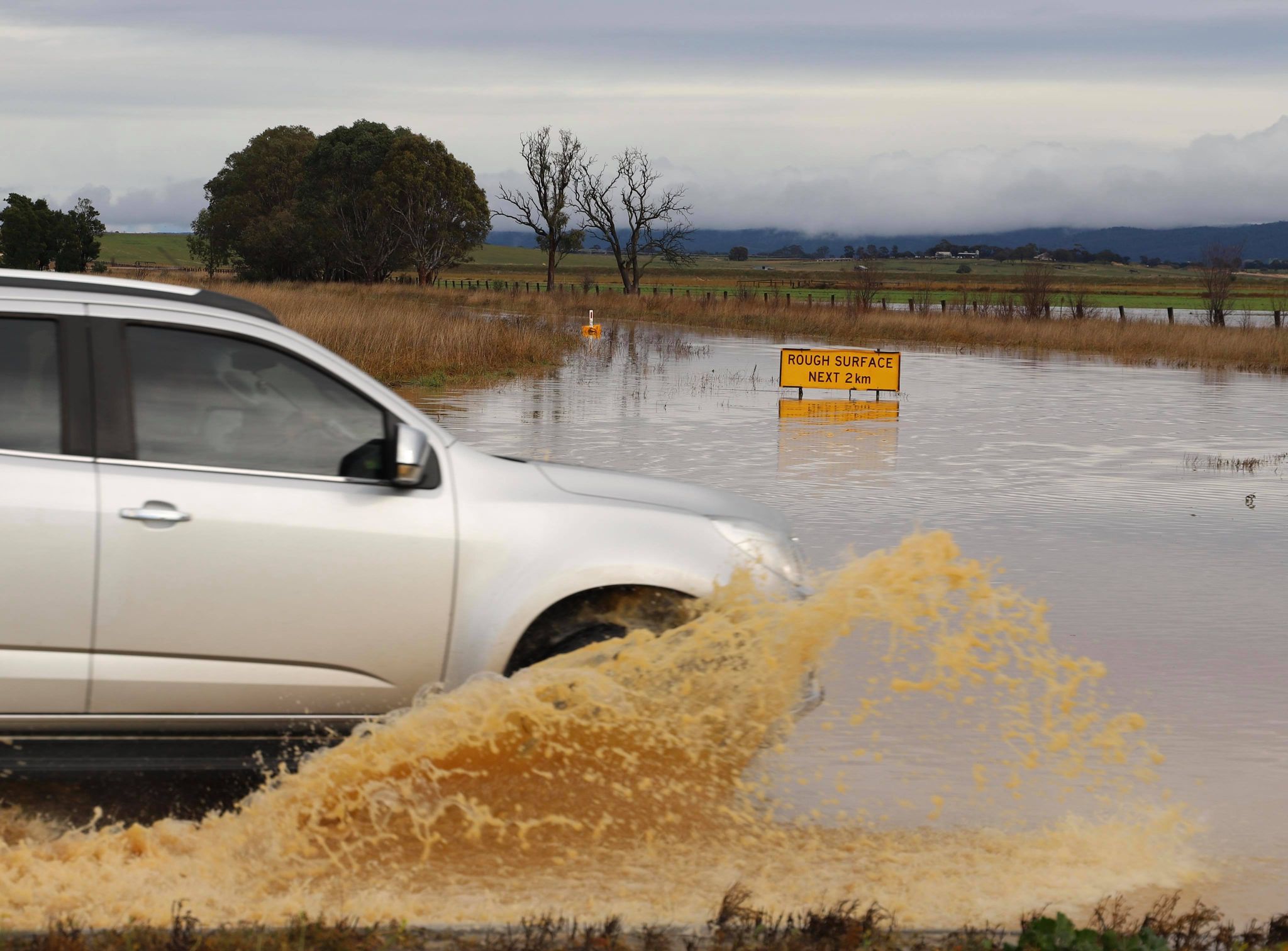 When the Gippsland Times went to print on Thursday, many communities were playing a waiting game as local river levels began to rise.

An emergency warning had just been issued for the Stratford, Briagolong, Boisdale, Valencia Creek areas, urging residents who lived near the Avon River to leave before conditions became too dangerous.

As predicted by the Bureau of Meteorology, the storm hit suddenly late Wednesday and with incredible force.

Howling winds of up to 100kmh ripped though towns, tearing solar panels off roofs and tossing tree branches onto cars.

Emergency services were hard at work to remove fallen trees and secure properties Thursday morning, while AusNet Services scrambled to restore power to thousands of homes across Gippsland.

Some residents in the Wellington Shire are expected to be without power for “several days”, according to an AusNet spokesperson, with the worst case scenario likely to be one week.

Some of the worst towns hit were Yarram, The Honeysuckles, Seaspray and Stratford.

Across Victoria, more than 230,000 homes were without power at the time of print, including more than 167,000 in eastern Victoria.

Power outages affected some traffic lights, and drivers were asked to treat intersections like stop or give way signs.

Several Gippsland roads were closed following heavily rainfall across the region, including 75mm in Sale and Stratford in the 24 hours to 9am on Thursday morning, with more rain predicted later on Thursday.

The Avon River at Stratford was expected to exceed the major flood level of 6.5 metres by Thursday, as Southern Rural Water reported rainfall totals varying from 50 to 170mm had been recorded across all catchments.

After 167mm fell on the small community, major flooding was occurring at Licola Thursday morning, as the Macalister River upstream of Lake Glenmaggie broke its banks.

Sale wharf is expected to exceed the moderate flood level of three metres on Thursday afternoon, but authorities held concerns it could even reach the major flood level of four metres by late Thursday.

Residents in some parts of Traralgon were told to evacuate because of severe flooding around Traralgon Creek, and the Traralgon shopping centre’s underground carpark was closed because of flooding.

At the time of print Thursday morning, water over the Princes Highway at Grey St, Traralgon, was causing concern the major roadway would be closed.

Locally, drivers were advised to take care on roads around the shire on Thursday morning, as the clean-up began.

Heyfield CFA volunteers reported the bridge at Rainbow Creek was one metre under water.

Yuill Rd at Montgomery and a number of roads around Denison were closed after powerlines fell on the road.

Aroona Lane, Stratford, the Princes Highway near Stratford and Weirs Crossing were closed, and the Avon also closed a number of roads in the Valencia Creek area.

On Wednesday night, the Great Alpine Rd between Bruthen and Ensay was closed as a safety precaution, with concerns heavy rain could cause land slides — particularly in fire-affected areas.

Dargo Rd was closed at Iguana Creek, with no alternative detour available.

A number of detour routes are expected to be put in place as Thursday continued.

Heavy rainfall caused delays for V/Line services, and Telstra reported power-related issues and storm damage had affected its network, and said it was working with power authorities to get sites back online, including in west and south Gippsland and the Latrobe Valley.

Victorians are allowed to move beyond the current travel limits to escape an emergency situation, regardless of current COVID-19 restrictions.

Real-time traffic conditions are available at traffic.vicroads.vic.gov.au or via the VicTraffic mobile app.

The latest public transport information and network status is available at ptv.vic.gov.au or via the PTV mobile app.

Anyone who sees road hazards should report them to the Transport Operations Centre on 13 11 70.

To stay on top of current weather warnings, visit bom.gov.au/vic/warnings or emergency.vic.gov.au.

For an emergency service response regarding floodwaters, phone the State Emergency Service on 132 500. In life-threatening situations, phone 000.

For photos from across the district, read Friday’s Gippsland Times.