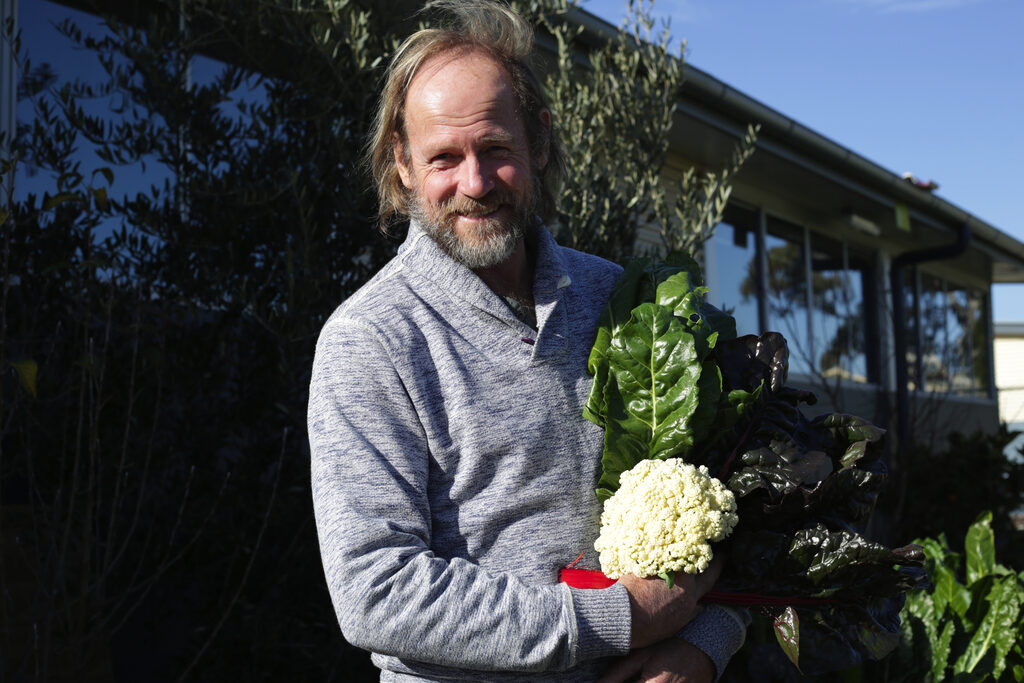 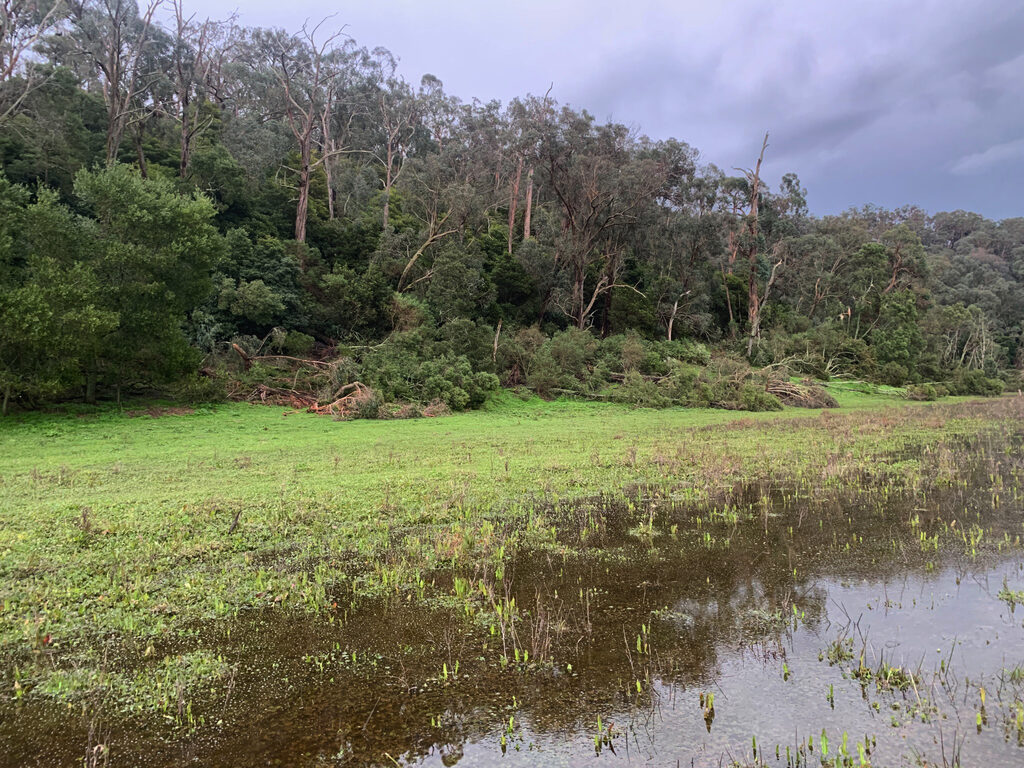 Mr Onley said weather was an important issue for farmers, who were well placed to comment on Australia’s changing climate and the devastating consequences of extreme shifts in weather patterns.

Like others in the region, his farm was hit hard by the storm that lashed Victoria, and he was without power to milk his cows for several days.

“There were trees down, water and debris everywhere and just a mess — I even had to get in the kayak to get around to pick up the eggs.

“It was pretty severe,” he said.

Mr Onley — who has contested both federal and state elections for the Greens, said he had experienced significant changes in both the prevalence and severity of extreme weather conditions in the past few decades, but particularly in recent years.

“My late father was here in the 1920s and I’ve been here for decades, and there has definitely been a change in the temperatures and weather patterns,” he said.

“What really stuck me last week was the warmth of the winds and the fact that a south-easterly wasn’t cold like it usually is — there have been significant changes and we are experiencing the problems with that.”

The recent storm and subsequent flooding is at least the second severe weather event in Gippsland since the terrible floods of 1995.

Mr Onley said both storms were indicators of a changing climate, and accused the federal government in particular of “sitting on the fence”.

“We have always had floods here, because we are near the Merriman Creek, but this is something different,” he said.

“If we don’t do something soon it will be too late.”

Farmers for Climate Action is a movement of farmers, agricultural leaders and rural Australians working to ensure farmers are a key part of the solution to climate change.

The farmer-led organisation believes that if it can organise farmers, graziers and agriculturalists to lead climate solutions on-farm and advocate together, it can influence the farming sector and the government to implement climate policies that reduce pollution and benefit rural communities.

Mr Onley said he was disappointed the federal government was not taking the lead more on climate action, and believed it was “too scared” to upset big donors.

“As an industry, we need change, we need reliable power and we need certainty for the future,” he said.

The federal government says it is developing and administering domestic actions to reduce Australia’s greenhouse gas emissions and meet its obligations under the 2030 Paris Agreement commitments.

It says Australia’s domestic policies ensure Australia is meeting its international obligations and “preparing for a lower emissions” future through investment and incentives for business and industry, reporting and regulation of the biggest emitters, and supporting individuals and households.

Earlier this year Gippsland MHR Darren Chester warned his party to listen and be “part of the solution” when it came to environmentalism and emissions reductions, after some of his National party colleagues said they would cross the floor if Scott Morrison tried to legislate a mid-century net zero commitment.