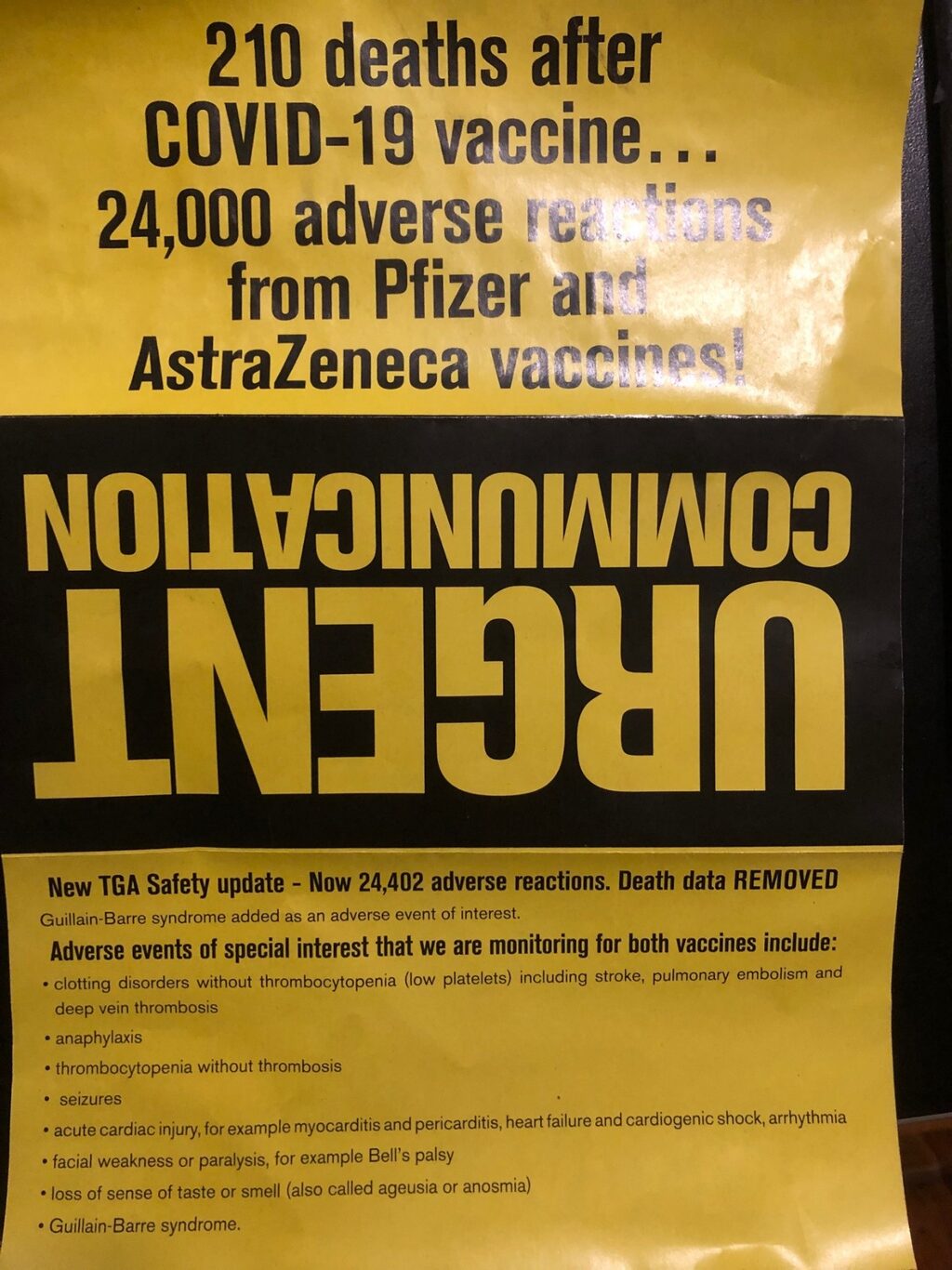 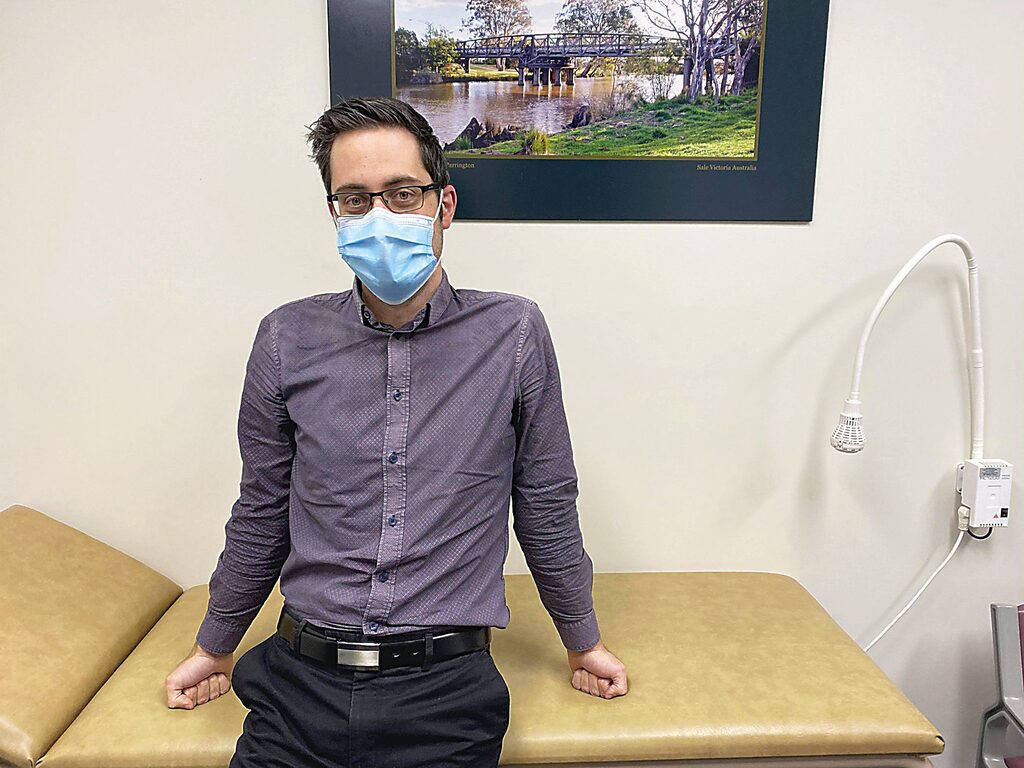 AN inaccurate anti-vaccination flyer drop locally has frustrated the region’s health workers, with one local GP calling out the flyer as dangerously and deliberately misleading.

Billionaire Clive Palmer, who has earnt his money from the mining industry and a short-lived political career, made headlines across the country last week for feeling “duty-bound” to pen an anti-COVID vaccination letter to the “Men and Women of Australia”, including those in central Gippsland.

In his letter, Mr Palmer claims the Therapeutic Goods Administration and the government are spreading “misleading information designed to create fear in the population”, then reels off a list of discredited statistics on the number of deaths caused by COVID-19 jabs and their side-effects.

The Gippsland Times understands the flyer has landed in letterboxes in Sale, Maffra and Bairnsdale, and was delivered as part of a regular catalogue run.

Dr Thomas Walsh from Sale’s Clocktower Medical Centre said he was frustrated by constantly finding himself battling against misinformation relating to COVID-19 vaccinations, adding he already knew of patients who had been persuaded by the flyer.

“I think he’s deliberately misrepresenting the figures in a desperate plea for attention,” Dr Walsh said of the failed politician.

“If you’ve had a good relationship with your doctor, and they’re recommending you to get the vaccine, I think that should probably should carry more weight than a letter from a mining magnate billionaire.

“Who cares what he has to say? Do you listen to him when you make decisions about your health or are you guided by your doctor?

“It’s a little disappointing to see Clive Palmer, who really has no authority on the subject, to be dissuading people from such an important issue.

“It’s something that’s been politicised when it really shouldn’t be – it’s a public health issue, it’s got nothing to do with politics.”

Dr Walsh said there were potentially serious risks of an unvaccinated population if the Bondi outbreak snowballed into a high risk event like the Victorian second wave, adding there were only two ways for the country to open back up.

“We either vaccinate everyone and get this under control, or we accept it’s going tear its way through the population and there’s going to be a tonne of deaths,” he said.

“We are seeing these events happen every three to four weeks – it’s escaping, and we can’t rely on our isolation to keep us safe, because inevitably, it’s going to get out, and by then it’s too late to protect yourself.

“No matter what vaccine, it takes at least four to five weeks to get full immunity, and if it’s rampant in the community, you can be sure demand is going to skyrocket, you’re going to really struggle to get yourself a vaccine, and it’s going to take time to work.

“The safest vaccine is one you can get now, and protect yourself before the outbreak starts.”

Comparing the TGA’s report released on May 27, which is no longer current but is what the flyer draws its statistics from, Dr Walsh said Mr Palmer deliberately omitted a line which was emphasised in bold in the report: “Apart from the single Australian case in which death was linked to TTS, COVID-19 vaccines have not been found to cause death”.

A second death has now been confirmed since the report’s release – a 52-year-old woman who died from a brain clot linked to the AstraZeneca vaccine.

“So we could say, exactly as they’re saying in this propaganda here, that after administration of a glass of water, 300 people have died.

“It doesn’t tell you the most important thing, which is, why did they die? What killed them? Was it linked to that glass of water?

“To translate it to COVID-19, did those 210 deaths result from the COVID-19 vaccination, or was it just the background rate of deaths? Because people die.

“The population groups that had been given those vaccines were principally very elderly, in aged care, and then the over 50 group, and this population obviously has a much higher background rate of death of all causes than the younger population.

“If they did an equivalent observation when we vaccinate the 20 to 40-year-olds, I think you’d find that number would be quite a bit lower.

“They discuss [in the report] that there is a background rate of deaths and what we’re seeing in terms of death following vaccinations – not death caused by vaccine – is people dying from other reasons, and they just happened to have had the vaccine in the last couple of months – just as they would have water and food and they would have spoken to people and none of those things necessarily would have made them die.”

While Mr Palmer’s report focuses on extremely serious adverse events, such an anaphylaxis reactions and Guillain-Barré syndrome, the report cites the adverse reactions were “side effects that are observed with vaccines generally”, and included “headache, muscle and joint pain, fever and injection site reactions”.

“I don’t know many people who got a vaccination and have not got a sore arm – it’s an extraordinarily common side effect from it,” Dr Walsh said.

Dr Walsh says the more serious reactions to the COVID-19 vaccines were listed as side effects in other vaccines too, such as flu vaccination, whooping cough, tetanus – but it was an extraordinarily rare occurrence.

“These are things they are monitoring to see if they are occurring outside the expected rate, they’re particularly interested in them because they’re important,” he said.

“These things have a certain background rate, they happen spontaneously.

“Is the vaccine thought to be a causative factor in the development?

“You can become suspicious that it might when you’re seeing after vaccine administration much higher than expected, much greater than the background rates of these types of illnesses.

“If the TGA is saying it’s not any higher than the background rate, we’re somewhat reassured.”

While Dr Walsh conceded Mr Palmer’s assertion there had only been one death from COVID, the disease, in the past six months was accurate, he dismissed it as “cherry-picking the data”, adding the statistic for the total number of Australian deaths was more than one thousand following the Victorian second wave.

“Basically, it stops you from dying from [COVID]. If you catch it, you won’t die of it. I think that serves a pretty important purpose,” he said.

“Even more encouraging … both vaccines – Pfizer and AstraZeneca – reduce the rates of actually catching COVID by about 70 per cent, which was not something that we were expecting or looking at particularly in the clinical trials,” Dr Walsh said, referring to a UK study.

“It’s been a nice bonus almost to find that it does actually reduce your chance of catching it in the first place.”

Dr Walsh reported the pickup in vaccination numbers after the fourth lockdown was announced dropped off rapidly at the Sale clinic within two or three weeks, adding the medical centre had cancelled whole vaccination clinic sessions because of a lack of bookings.

“It’s been a rough 18 months in health care, and it’s not getting any better,” he said.

“I think people have not necessary appreciated that, because it’s been a rough 18 months for everyone.

“It’s certainly been inconvenient for them to not be able access health care as well as they have been, but it’s been extraordinarily difficult for us to balance patient care and patient safety, and staff safety as well.

“When we saw that the vaccines were available, we were rejoicing.

“We were very willing to put in the large amount of effort that was required to submit a proposal to get approval to be a vaccinating clinic, which was quite a lengthy, involved process, to set aside the staff and doctors to administer the vaccines, and to run the clinic at essentially what is a loss financially by comparison to doing normal consulting. “It’s a bit sad to see no-one wants to take it up, and these doses are going to go to waste.

“It’s been such a heavily politicised issue for what is really a very low risk vaccination by comparison to many things done in medicine.

“No matter what sign of the line you fall across, the virus doesn’t care.”

The Clocktower Medical Centre currently delivers AstraZeneca, but plans to expand to Pfizer once the vaccine is made available to general practices later in the year, contingent on supply.