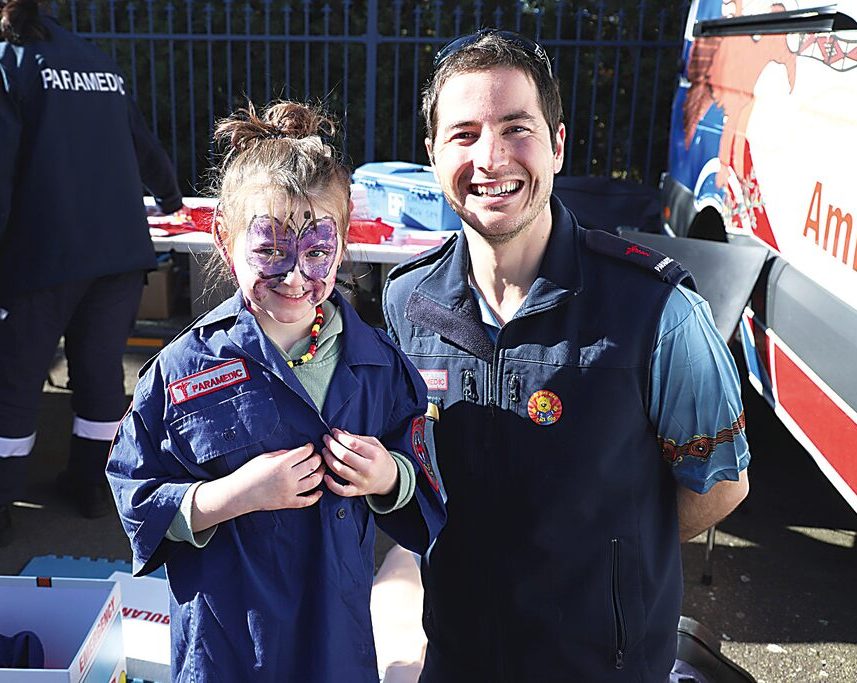 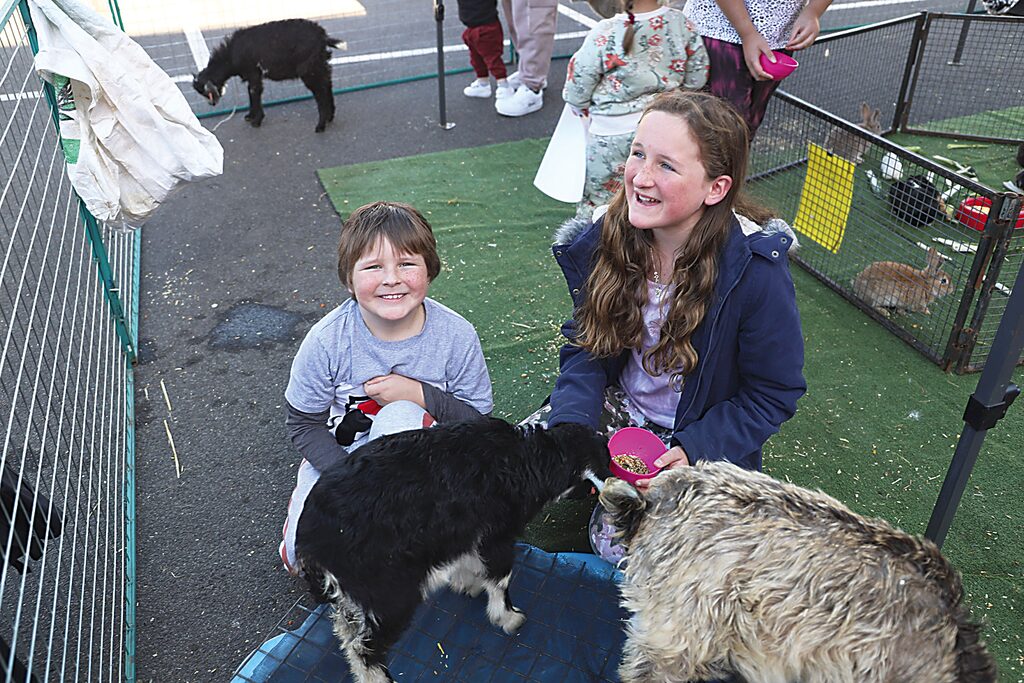 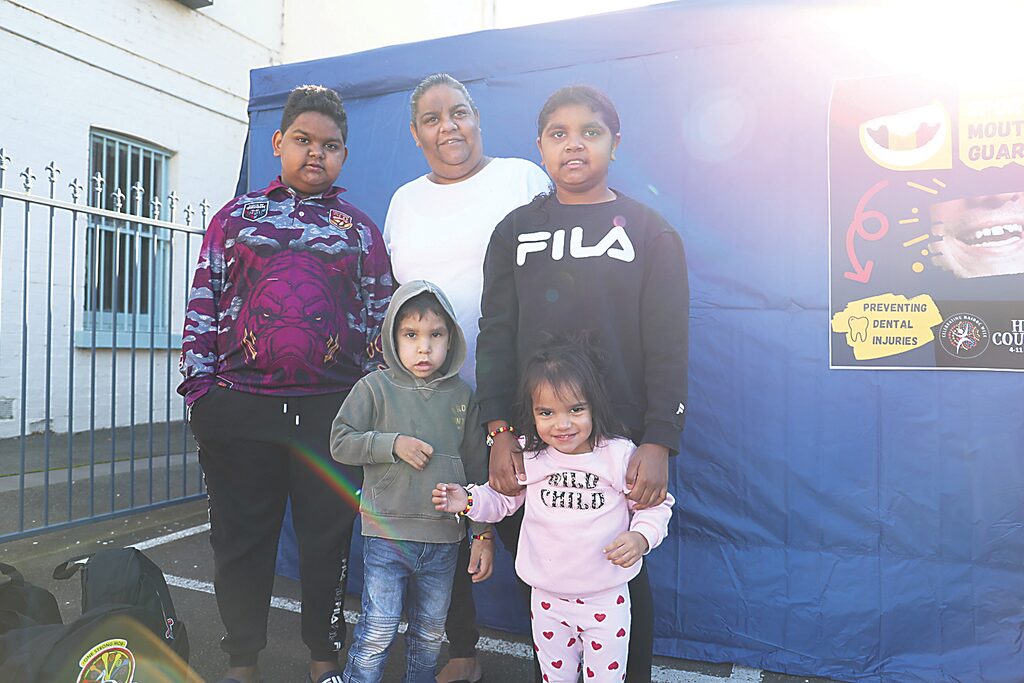 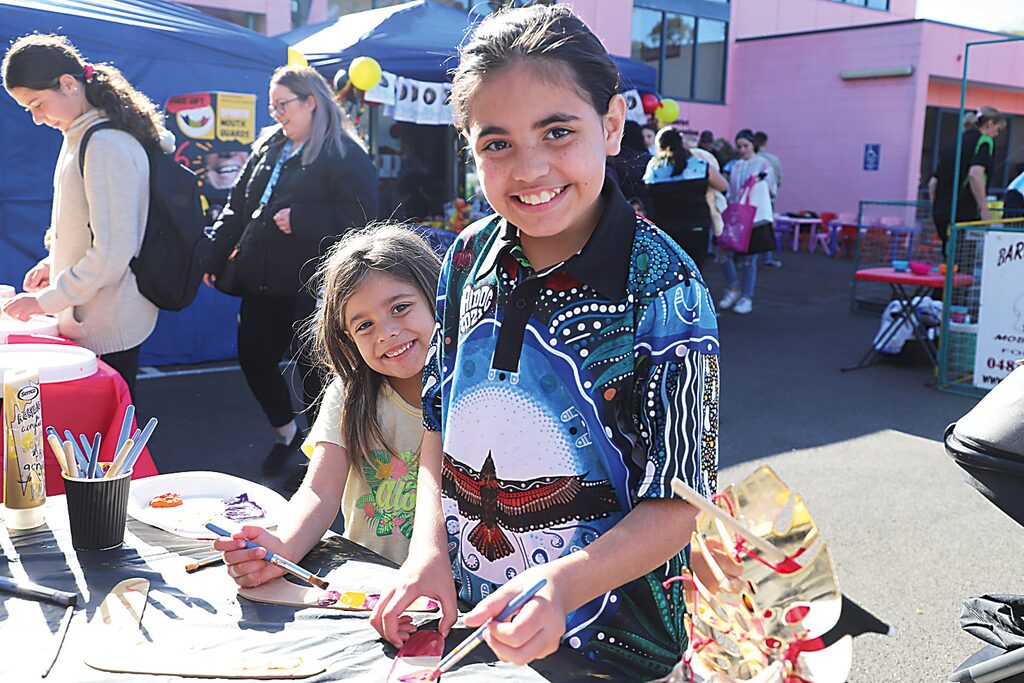 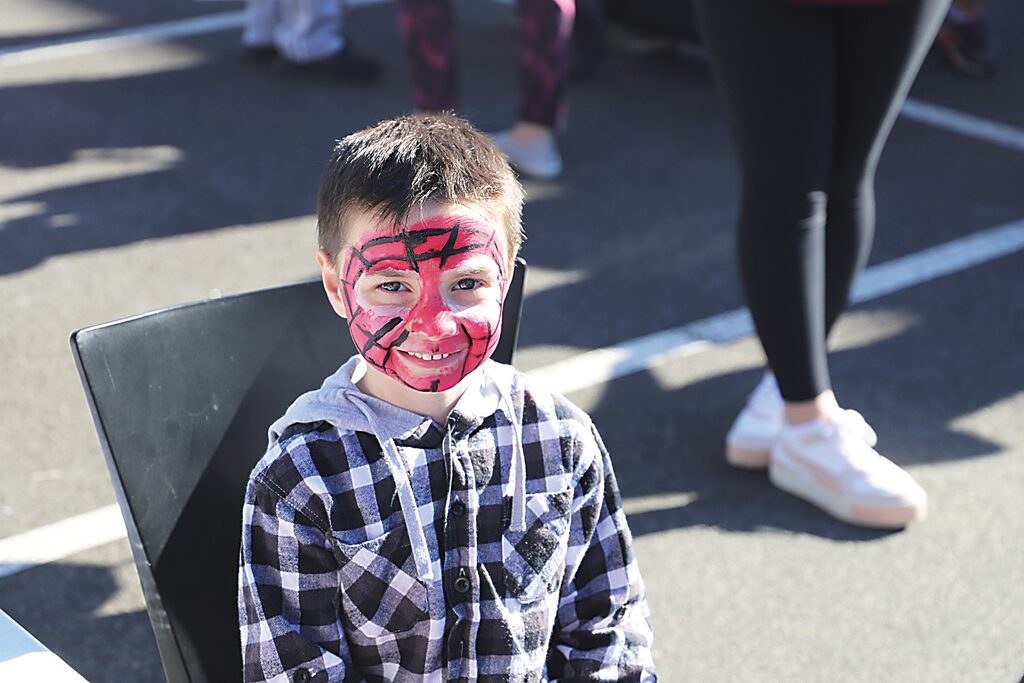 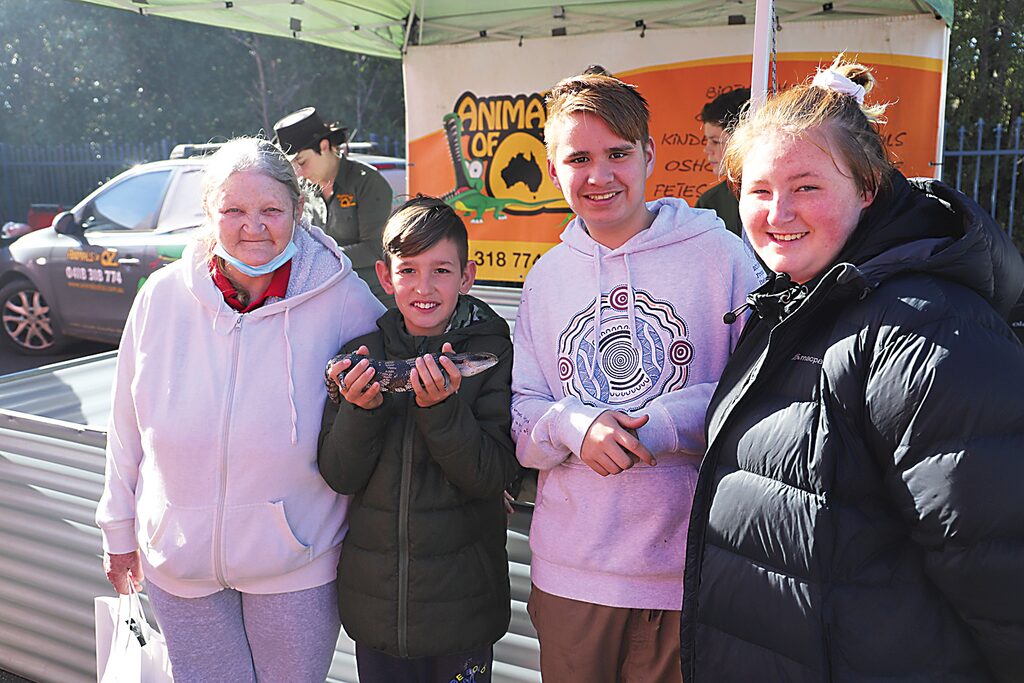 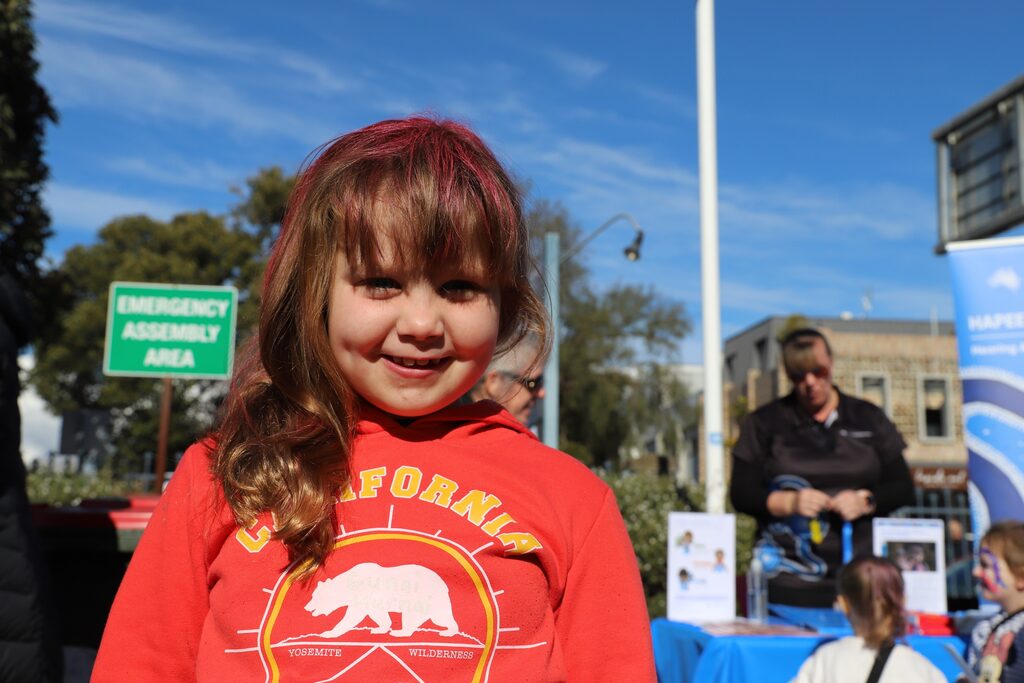 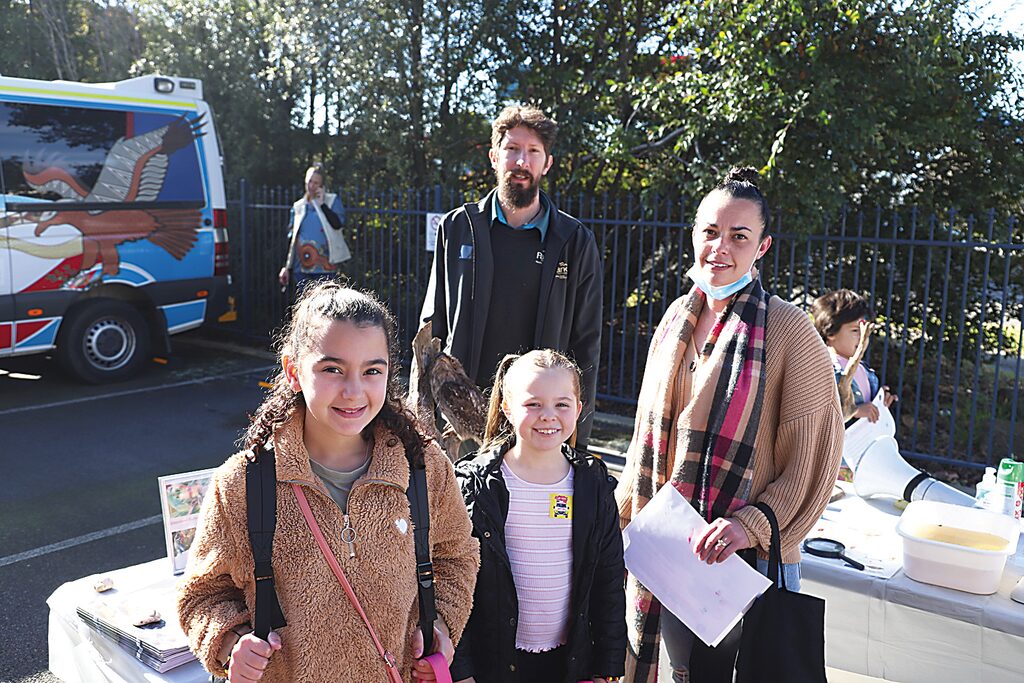 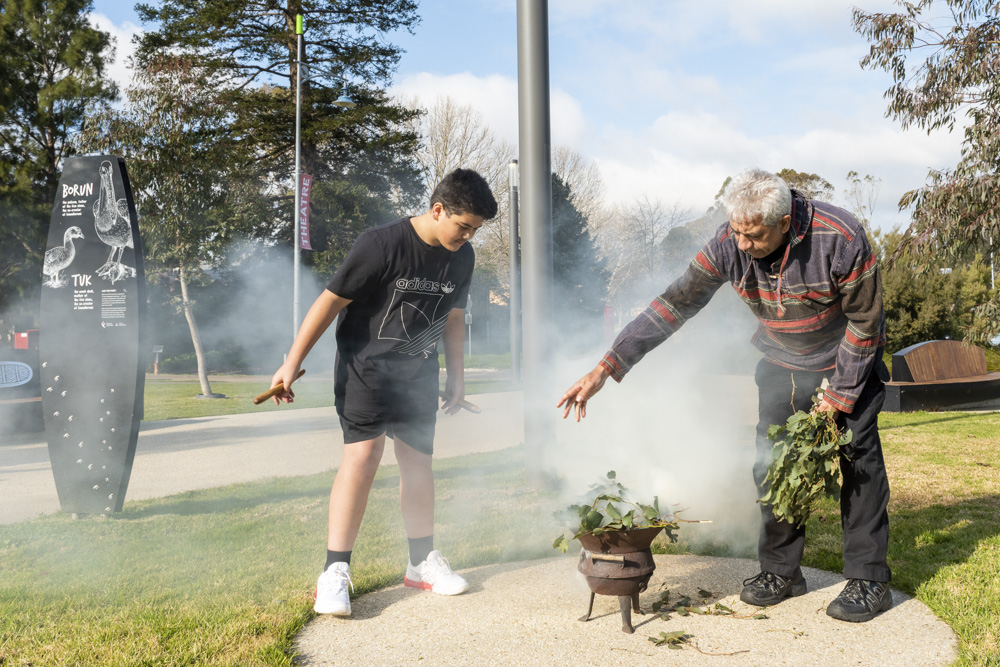 PLENTY of people got in the spirit of NAIDOC Week on Wednesday, turning out in droves for Ramahyuck District Aboriginal Corporation’s family fun day. Held in the co-op’s car park in York St, Sale, there was plenty for local families to see and do, including holding wildlife and petting farm animals, painting on boomerangs, making bracelets and the all-important face paint — one of the most popular stands.
Children could learn and explore the local habitat at the Parks Victoria stand, tour an ambulance with local paramedics and learn about oral health.
Ramahyuck board member Debbie Leon, who was enjoying showing her five-year-old granddaughter Maddison Leon-Robbins around, said this year’s NAIDOC theme, ‘Heal Country, Heal Nation’, was about working together to look after the land and respect one another.
“The traditional practices of looking after the waterways and the land was done with the
Aboriginal people,” she said.
“We didn’t have the massive droughts, flooding and the fires that we have now, so I believe if that’s handed back to the Aboriginal people to manage, it’s not going to stop it, but it’s going to minimise the damage.
“I think that’s very important — that’s caring for Country, and that’s all about what we do.”
Ms Leon said looking after and respecting cultural heritage was another critical component
— during NAIDOC Week and beyond — and covered things as simple as farmers checking to see if any of their trees were sacred.
“It’s all about sharing,” she said.
“We’re all on this Country, and I think we need to be able to acknowledge that, and look after it together — it’s going to last a lot longer.”
Ms Leon encouraged everyone to get involved with NAIDOC Week, which runs until Sunday, by contacting their local Aboriginal co-op to see what events were on.
“If you can’t do it this year, hopefully you can do it next year,” she said.
“I think it’s getting bigger and better as every year goes past.
“It’s our culture, we want to share it, we want more people involved.
“It’s a way of learning and meeting Aboriginal people, finding out all the hardships — we’re not just stolen gen, there’s lots of other issues that have happened.
“For the non-Aboriginal people, it sort of opens their eyes a little bit more.
“It would be such a brighter future if we didn’t have racism here, and I think that boils down to knowledge and sharing.
“We’ve made big achievements, and we want to share it, so people should come along, and
have some fun.”

NAIDOC Week at the Port of Sale

WELLINGTON Shire Council and Gippsland Art Gallery celebrated NAIDOC Week in style on Monday.
A Welcome to Country delivered by local Elder Aunty Liz Thorpe focussed on the week’s theme, Heal Country, as she welcomed a conversation between Indigenous and non-Indigenous groups surrounding what needs to be healed.
Then, the Aboriginal, Torres Strait Islander and Australian flags were hoisted by gallery director Simon Gregg and resident Spencer Chittem, to fly proudly at the Port of Sale building’s entrance on Foster St.
Those in attendance perused the art exhibition with work displayed by local First Nations artists — including a collection of ceramic Aboriginal shields made by Gunai, Yorta Yorta and Gunditjmara artist Raymond Young — and wrote their messages of healing on the ‘Heal Country’ wall.
The morning culminated in a traditional smoking ceremony performed by Aboriginal Elder, Wayne Thorpe.
The gallery encouraged visitors to continue viewing the exhibitions at Gippsland Art Gallery this NAIDOC Week, or explore the environs of the Port of Sale — part of the traditional lands of the Gunaikurnai people.