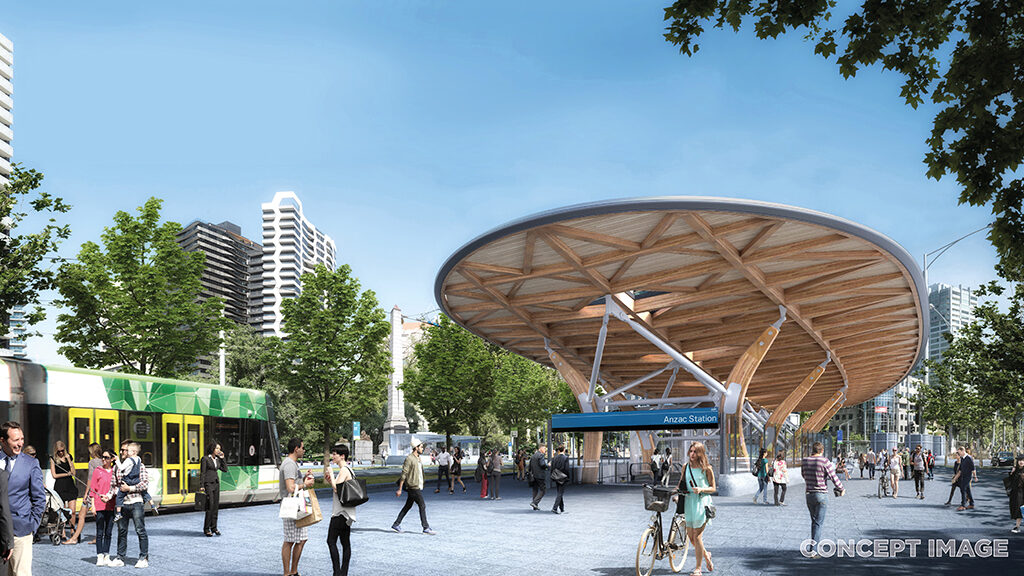 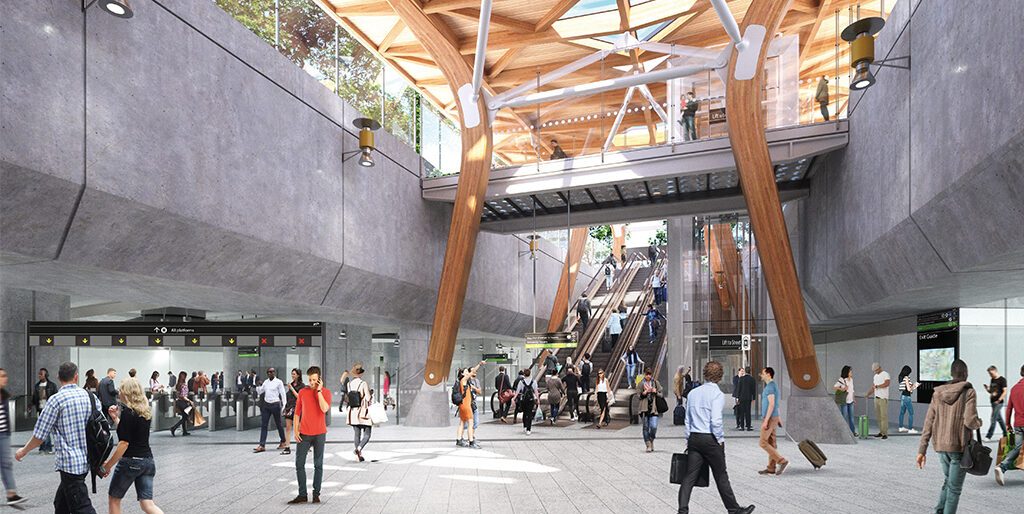 A EUROPEAN company has been chosen above Heyfield’s Australian Sustainable Hardwoods to supply a major timber structure for Melbourne’s new underground Anzac metro station, prompting anger from the state opposition and the CFMEU Manufacturing union.

The opposition claims the action has destroyed the Andrews Government’s commitment to 88 per cent local content for the project, and that ASH was unfairly treated in the tender process.

The CFMEU Manufacturing union has demanded an independent assessment of local industry’s ability to deliver the project.

The opposition spokesman on forestry, Gary Blackwood, speaking in State Parliament, said he had serious concerns about the procurement process conducted for timber components – a floating timber canopy 90 metres long and 20 metres wide – that are a major feature in the new Anzac metro station.

ASH has developed into a major supplier of engineered timber products, including massive hardwood beams as strong as steel that have been used in many Victorian projects.

The Metro Tunnel contract with Cross Yarra Partnership requires overall local content to be at least 88.2 per cent for the design and construct activities. Transport Infrastructure Minister Jacinta Allan and Industry Support and Recovery Minister Martin Pakula have responsibility for the contract.

The tender has been won by German company Hess Timber, which supplied and oversaw the installation of the engineered timber for Bunjil Place at Narre Warren in Melbourne’s south-east.

Mr Blackwood, who is the member for Narracan, said Ms Allan had stated that “the station will be a landmark in itself with its unique floating wooden canopy design”.

“Why then has Australian Sustainable Hardwoods located in Heyfield been unfairly treated in the tender process and overlooked in favour of a supplier from Europe?”, he asked

“It is my understanding that the CYO are sourcing imported product from Europe that does not meet the mandatory specifications outlined in the tender documents, which suggests that the specifications have been changed, allowing European suppliers to offer a cheaper rate. This was not a fair procedure,” he said.

“I believe, as a state-funded project, ASH was the only company that conformed with multiple elements in the design.”

The requirements cost money, but a European supplier, which does not have to meet these objectives, could offer a discount price.

Mr Blackwood said it was unclear why two ministers with years of experience, Allan and Pakula, would allow this to happen. “Why would they infer by their lack of action that the 172 skilled, hard-working Heyfield ASH employees are not worth worrying about?” he said.

“Why are they refusing to step in to protect their interest their own government has in ASH – an interest that is actually held by all Victorians?”

National secretary CFMEU Manufacturing, Michael O’Connor, said the excuses that the union had been given not to change to local timber supply were “rubbish”.

“The government should know better than to accept self-serving advice which allows the contractor and agency to do nothing to change their plan to import the timber canopy,” he said.

“If the government have just accepted and are parroting self-serving advice from the contractor or Rail Projects Victoria because they want to import it, that’s just not acceptable.”

Mr O’Connor said if it was the government’s genuine position that local supply would be too costly or cause unacceptable delays to the project, then they should be transparent about how they have formed that position.

“We want an independent assessment of local industry capability to deliver, in a timely and cost-effective manner this project and if there is nothing to hide, then there shouldn’t be anything for the government, agency or contractor to fear from this transparency,” he said.

“There is no reason this can’t occur as ANZAC station as it is still just a hole in the ground at the moment.”

Chief executive Evan Tattersall said Anzac Station would be a world-class transport hub when the Metro Tunnel opened in 2025.

“The project has one of the most comprehensive local content provisions ever written into a major infrastructure contract, with more than 88 per cent of materials being sourced locally and installed by local workers,” he said.

Local workers will be used to install the entire canopy including the timber elements provided by Hess. Rail Projects Victoria says the 88 per cent of locally sourced materials includes 93 per cent local steel, with local and regional businesses also benefitting through goods and services needed for the project. Also, hundreds of apprentices, trainees and engineering cadets are part of the 7000 jobs created by the Metro Tunnel.