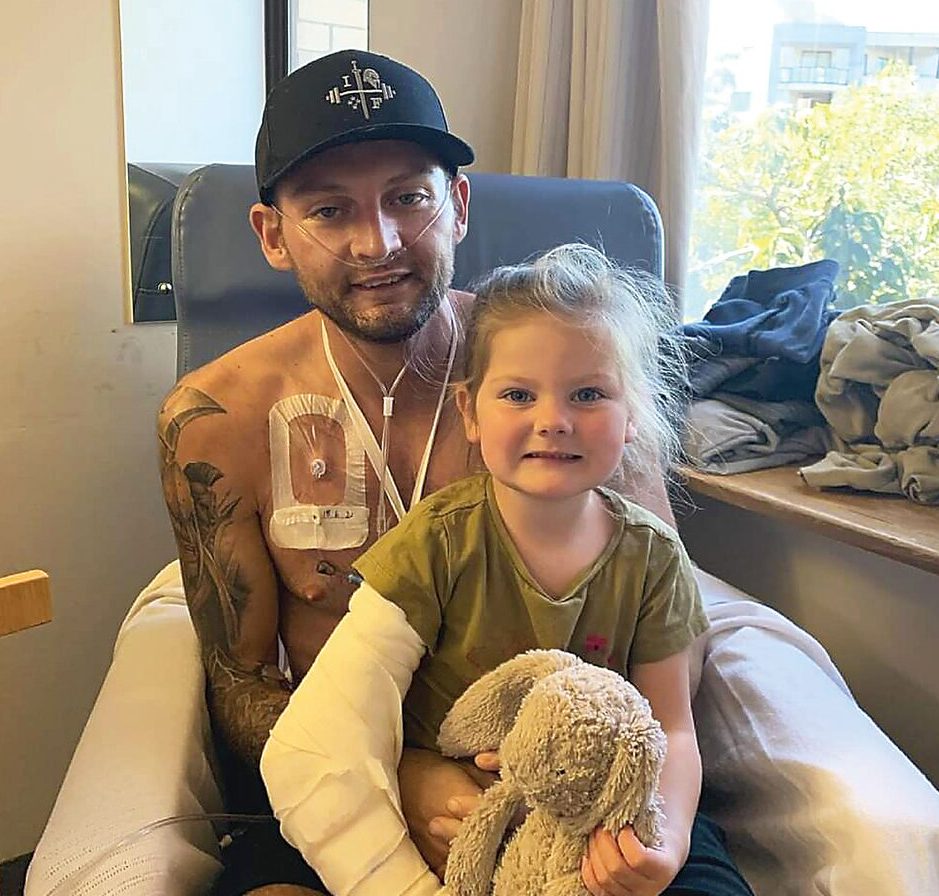 THE family of a former local resident handed a terminal cancer diagnosis has been given a selfless helping hand by a Wiggle.
Former Heyfield resident and Catholic College Sale student Brendan Nikolajew went on to serve in Afghanistan before buying a house in Brisbane with his wife Leah and two young children, Roman and Georgie.
Brendan was diagnosed with testicular cancer more than three years ago, and has survived the disease three times over since, but in November last year, was told the cancer had spread.
The 29-year-old Army veteran is currently receiving palliative care at home and also battling pneumonia, recently being told he has just days left.
Touched by Brendan’s story, Anthony Field — an Army veteran better known as the blue Wiggle in the Australian children’s supergroup The Wiggles — has given Brendan’s young family an eye-wateringly generous gesture.
Anthony has taken his name off every track on The Wiggles’ soon to be released album — Lullabies with Love — and replaced it with Brendan’s.
This means all co-writing royalties will go directly to support Brendan’s wife and young family.
The last founding member of the Wiggles, formed in the 1990s and rebranded in 2013, Anthony befriended Brendan about a year ago, striking up a friendship through Legacy.
Anthony said the songs he wrote meant a lot to him, and he wanted to give them to Brendan to show him what Brendan meant to him.
A GoFundMe page was established to handle the enormous medical bills the Nikolajew family has been saddled with.
To donate, visit gofund.me/b654b725.