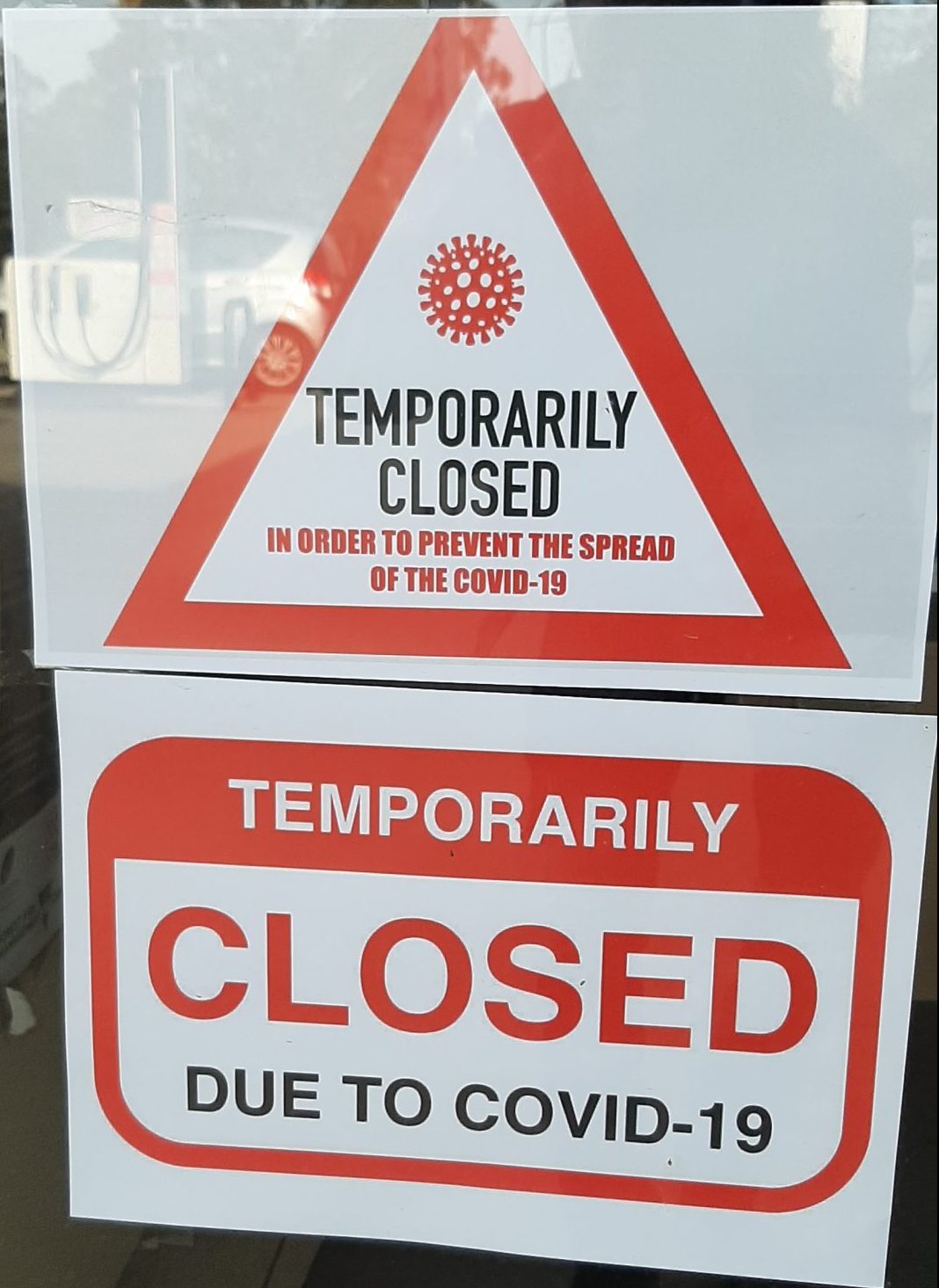 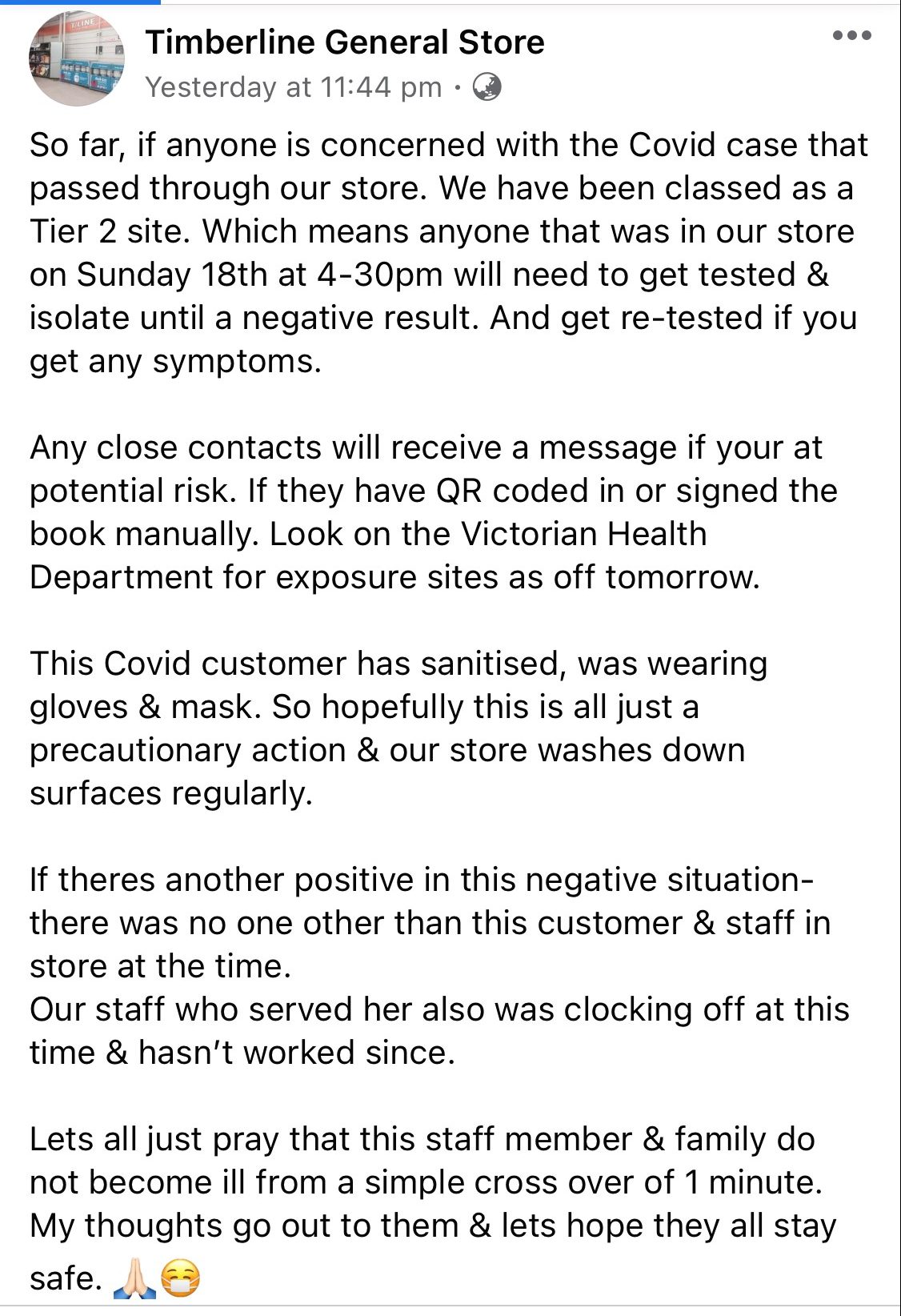 NEWS that a Heyfield store and petrol station has been classed as a tier two exposure site has sent a ripple of fear through the shire, and highlighted the ease at which coronavirus can spread to regional areas.
Heyfield’s Timberline General Store has been forced to close temporarily after a customer infected with COVID-19 visited the store on Sunday.
It is not known where the infected customer is from, but it is understood they were travelling through Heyfield at the time.
The COVID-19 positive individual is no longer in Gippsland.
Authorities have declined to comment on why the customer was in the area during the current lockdown, or if they were an authorised worker.
The customer was at the store for just a few minutes, and apparently unaware of their infectious state.
It is believed there were no other customers in the Timberline store at the same time, and the staff member who served the customer has not worked since that date and has been isolating at home.
Posting confirmation of the closure on its Facebook site, the store said the infected customer was wearing gloves and a mask during the visit.
Timberline’s Facebook page was flooded with messages of support as news of the closure spread, but there was also some confusion and concern about which customers needed to isolate and get tested.
Anyone in the community who visited the Timberline General Store between 4.30pm and 5pm on Sunday should urgently get tested and isolate at home until they receive a negative result, and even then monitor for symptoms.
Those of concern who have used the store’s QR code in or signed the book manually will receive a text message if they are at potential risk of being a close contact.
Health authorities say the store has been “very co-operative and has implemented its COVIDSafe Plan”.
They add this is the only exposure site in Wellington Shire, and there is still only one positive COVID-19 case in Wellington, which is not linked to the Heyfield exposure site.
In response to the incident, a pop-up, rapid response testing site opened yesterday at the Heyfield Hospital, at its Eleanor St entrance.
The incident comes just after a resident from the shire tested positive for coronavirus apparently acquired after attending a football match in Melbourne.
That person was already a primary close contact, which means they were in quarantine throughout their entire infectious period.
No public exposure sites have been listed from this case, as the infected person was in isolation during their entire infectious period.
It is the first case in the Wellington Shire since September 2020.