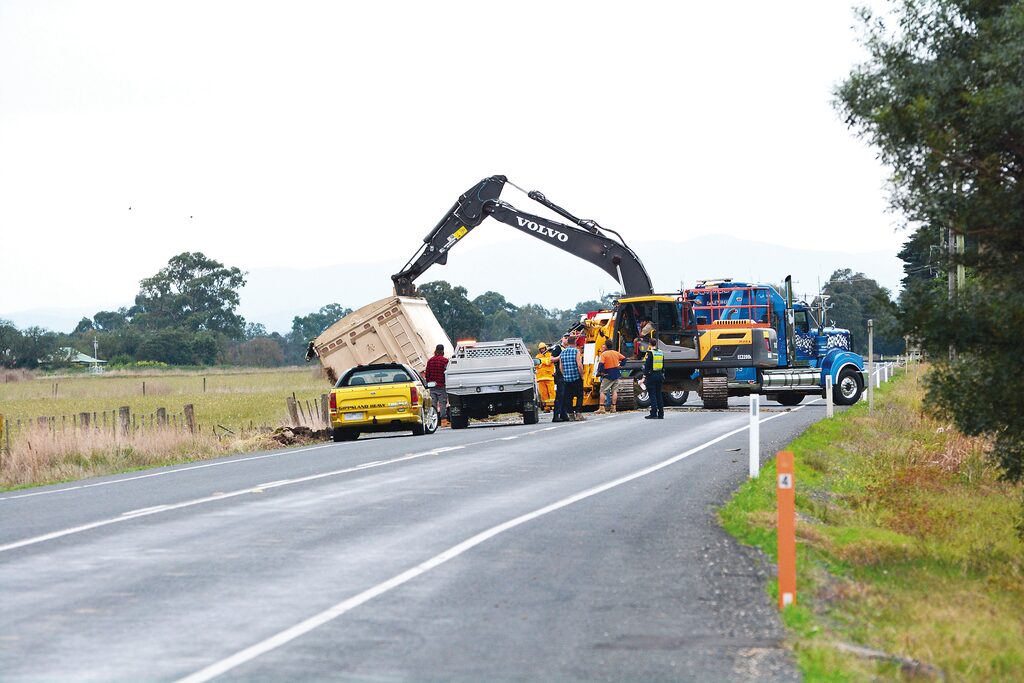 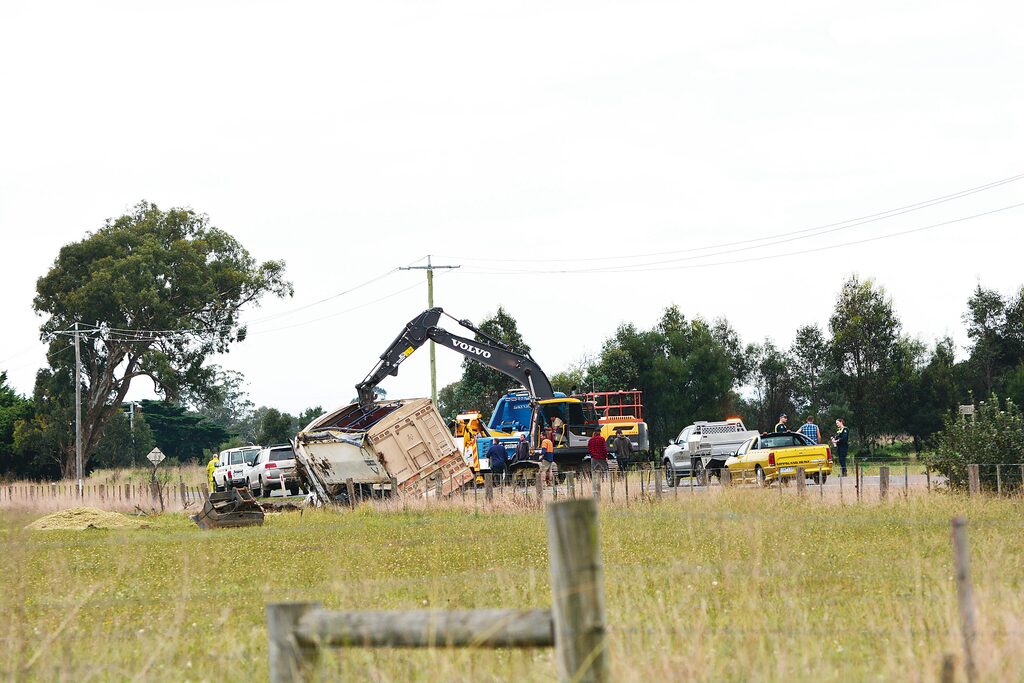 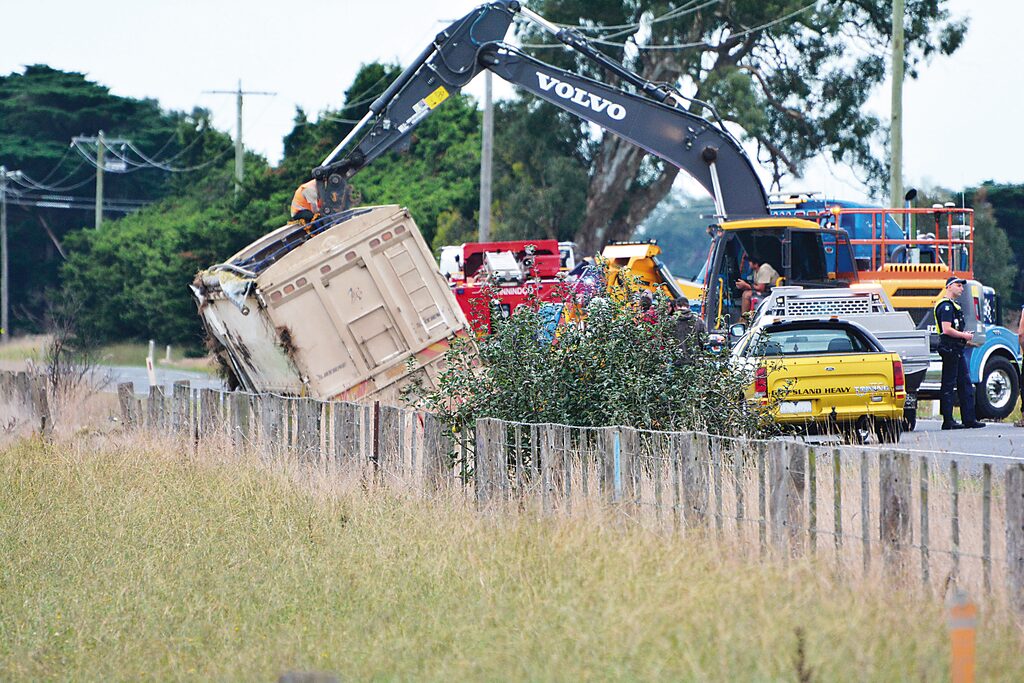 A truck driver has escaped serious injury after rolling his vehicle on the Maffra-Rosedale Road.

The incident occurred on Tuesday, April 12 at approximately 1.20pm.

It is believed that the vehicle, a prime mover, rolled when its silage trailer became caught on the soft shoulder after turning left from the Sale-Heyfield Road.

The trailer then dragged the cab off the road and onto the shoulder, forcing the entire load onto its side.

The driver, a Kalimna West man in his 60s, was able to free himself from the vehicle and taken to hospital for observation with only minor injuries.

Police cordoned off the area, redirecting traffic along Sale-Heyfield and Traralgon-Maffra Roads.

Towing and excavation equipment was brought to the scene to upright the vehicle, which proved successful.

No other vehicles were involved in the incident and police do not believe that speed was a factor.

An excavator gets the truck back onto its rightful position.