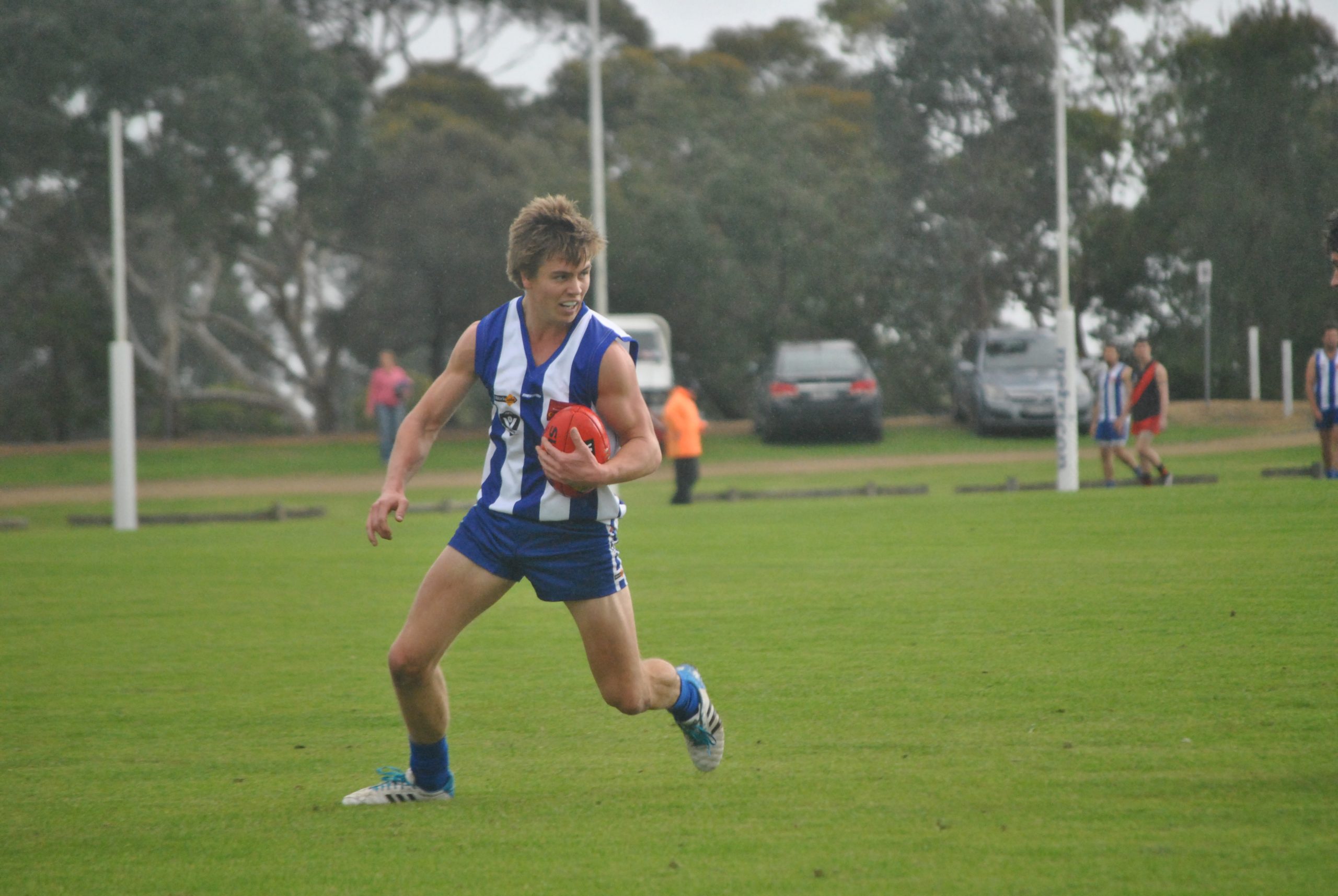 CHURCHILL will host Heyfield in a North Gippsland football top of the table showdown on Saturday.

A mere three points separated the sides in their round eight encounter with Churchill’s jitters in front of goal preventing it from railroading the ladder leader. Since that meeting the Cougars have taken the competition by storm, failing to drop a match in their past nine hit-outs.

After an indifferent beginning to the season, the Cougars clicked into gear under new coach Allan Chandler, gaining confidence and form.

“Everyone understands their roles and what is expected of them every week, that combined with the continued improvement of our younger brigade, which you could include anyone in our side under the age of 25 in that category, have been telling factors,” he said.

Earlier this season, the Cougars allowed the Kangaroos to skip away to a 38-final term lead before mounting one of the most impressive comebacks of the season, falling narrowly short.

The late challenge was driven by Travis Brighton and Chandler, with Brendan Holt and Nic Celima the go to men in front of goals.

“I really won’t be taking too much out of last time, we have improved but so have they. It will be very good to know where we are compared to Heyfield as we head into finals,” Chandler said.

“It is a massive clash, they are obviously the team to beat and have been more than impressive in the last few weeks with the way that they have dismantled the opposition.

“We have a tough run into the qualifying final with another solid hit out against Yarram in the final round.”

With the undefeated Kangaroos set to face its biggest test this season, coach Damien Birss was looking forward to the challenge.

Birss was complimentary of the Cougars, who he said were similarly matched to the ladder leaders.

“Their last quarter against us was awesome, we gave them a sniff and they came at us,” he said.

“Churchill has a good mix of experience and young talent where their improvement has come from. Both teams have a similar mix, we have a lot of guys between 19 to 25 years of age who are very experienced having played a lot of senior footy.”

With both sides boasting dominant ruckman, potent forward lines and pacey midfields, the competition in the middle of the ground will be an enticing one and may decide the end result.

“Their midfield smacked us in the final term of our earlier encounter. They executed and made the most of their chances – they boasted 12 scoring opportunities,” Birss said.

“Both sides have their fair share of scoring options and given the right opportunity, each team can kick a big score but as often is the case the battle will be won or lost in the midfield.”

HAVING claimed the four points in round eight, Cowwarr will go into the contest against Woodside confident it may have the Wildcats’ measure.

While seventh-placed Cowwarr is realistically out of contention to steal fifth position, the Saints may have more than a large say in who claims the last spot in the finals.

The past rounds can be likened to elimination bouts as Woodside has fought gallantly to remain in touch with rival Yarram and a finals berth.

The Wildcats last weekend laid yet another claim to being a final contender, accounting Rosedale, but coach Chris Pettitt wasn’t getting too far ahead of himself.

“It was nice to knock one of the top three sides off, but we are fully aware that they weren’t anywhere near full strength,” he said.

“There may be only two rounds left, but there are still a lot of things that need to happen for us to be in the five. Right now our only focus is on Cowwarr we can’t look beyond that.

“They over ran us earlier in the year to beat us by a point, and we know at their home ground they are going to be very tough to beat and we won’t be taking them lightly.”

ROSEDALE will celebrate 130 years of history when it hosts Gormandale as the Blues aim to rebound from their shock loss to Woodside.

The Blues will be aware of the need to continue to elevate their game ahead of the finals and will be confident they can return to the winners’ list.

But Blues coach Nick Leechino won’t be taking the contest lightly, fully aware the Tigers have sparked to life over the past month.

It will take an exceptional team effort from Gormandale to knock over Rosedale, however coach Luke Henderson can take confidence in the fact his side has shown vast improvement over the past five weeks and are showing it will be a threat in 2015.

DISAPPOINTED with its showing last round, Traralgon-Tyers United will return to home for the final time this year to meet Sale City.

The fourth-placed Bulldogs last weekend made a return to the winners’ list by whipping reigning premier Glengarry. With a final round clash to come against third-placed Rosedale, City will be confident it will have the goods to take the points against the Bombers for the second time this season.

PREMIERSHIP coach Ryan Potter will take to the helm of Glengarry for the final time against Boisdale-Briagolong.

With their season aspirations done and dusted and having the bye in the final round, the Magpies will go into the contest full of confidence having had the Bombers’ measure in their earlier meeting.

YARRAM has the bye.