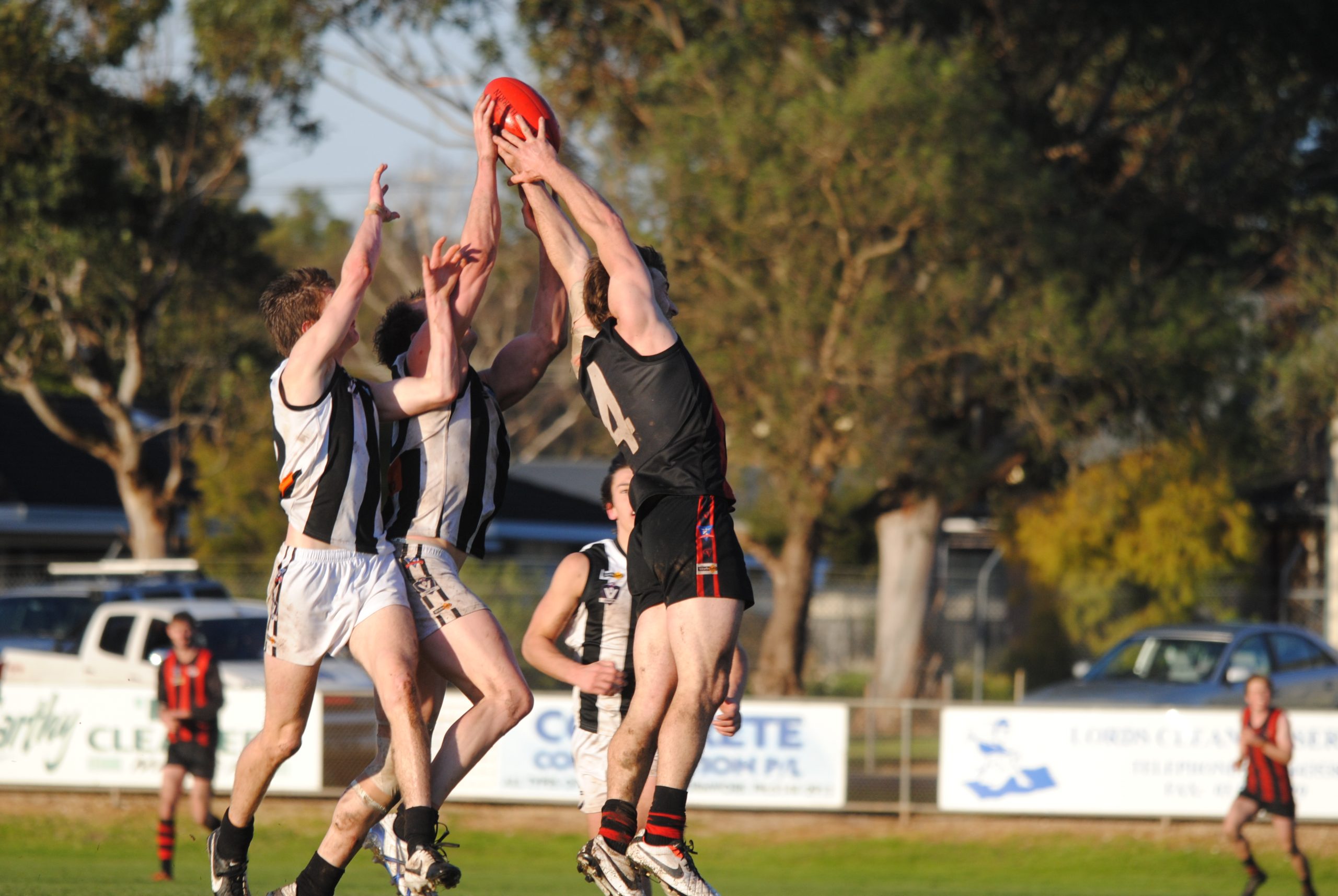 BATTERED and bruised by Sale, Maffra will head to Wonthaggi on Saturday for another tough work-out ahead of the Gippsland League finals.

The fourth-placed Eagles trail the Power in third by six points. Victory for the Eagles will close the gap, but their chances to moving up the ladder remain low as the Power is unlikely to lose to lowly Warragul next week.

The Eagles’ premiership chances were dealt a potential blow with captain Ben Coleman dislocating his shoulder early in last Sunday’s match against Sale. Coleman must be in doubt for the rest the season.

A number of his teammates were also bruised from the tough encounter.

The Eagles went two quarters without kicking a goal as the Magpies simply used the ball better on their way to beating their local rival a fourth successive time.

The going won’t get any easier against the Power, who out-classed the Eagles in round eight at Maffra. Wayward kicking for goal – eight goals from 28 scoring shots – prevented a margin bigger than the 22 points.

The Power impressed in its 39-point win at Bairnsdale last weekend. It never looked back after a five unanswered goals in the first term.

With the good chances these teams could meet during the finals, Saturday’s victor could take a psychological edge into that contest.

The Eagles haven’t won at Wonthaggi since 2010.

SALE’S quest to claim the minor premiership takes it back home on Saturday to meet Warragul.

The Magpies have won their past 10 matches against the Gulls, who haven’t won at Sale since 2009. That day, the Gulls turned a 28-point three-quarter-time deficit into a 25-point win.

Based on this season’s form, a repeat of that 2009 performance is unlikely from the ninth-placed Gulls, whose two wins have come against bottom side Drouin.

Earlier this year, the Magpies defeated the Gulls by 146 points.

The Magpies were too strong for Maffra last Sunday, with their defence only conceding four goals against a potent Eagle forward line.

With that danger game out of the way, the Magpies will be preparing for the final round showdown for the minor premiership against Morwell in two weeks. But the Magpies will still treat the Gulls with respect.

Last Saturday, the Gulls kept Traralgon honest in the first half before the Maroons kicked away to win by 73 points.

BAIRNSDALE will be looking to build some momentum ahead of a likely finals campaign when it heads to Drouin.

The Redlegs loss at home to Wonthaggi loosened their grip on a finals berth, but they do have a “softer” finish to the season compared to the chasing Traralgon.

The Hawks were persistent against Moe, but were held goal-less for two quarters in their 70-point loss.

In round eight at Bairnsdale, the Redlegs only conceded two goals in their 162-point win over the Hawks.

LEONGATHA will host Moe in the weekend’s only match that won’t have a bearing on the make-up of the top five.

While disappointed to let a 14-point three-quarter-time lead slip against Morwell last weekend, the Parrots will know that performance is something they can build on for next season.

Victory will certainly bolster the spirits of either side whose campaigns will end in a week’s time.

Moe has won four games this season, all have been against the bottom two teams. Saturday presents the Lions with a chance to beat a team higher on them on the ladder.

The Lions gave the Parrots a scare in round eight, with a final term comeback falling seven points short. The result extended the Parrots’ winning streak against the Lions to eight.

TRARALGON and Morwell will renew their fierce rivalry on Sunday.

The sixth-placed Maroons remain long odds to make-up the two-point gap to Bairnsdale and steal a finals berth.

They will meet the second-placed Tigers this weekend before travelling to Leongatha to play the dangerous Parrots, but will also be hoping Bairnsdale loses to lowly Drouin and Moe.

Traralgon and Morwell were forced to work hard for their wins last week. The Maroons took the first half to shake off the determined Warragul, while the Tigers fought back from 14 points down at the final change to defeat Leongatha by 16.

Leongatha was able to win the contested footy, before the Tigers lifted in the final term, taking more risks to avoid the upset defeat.