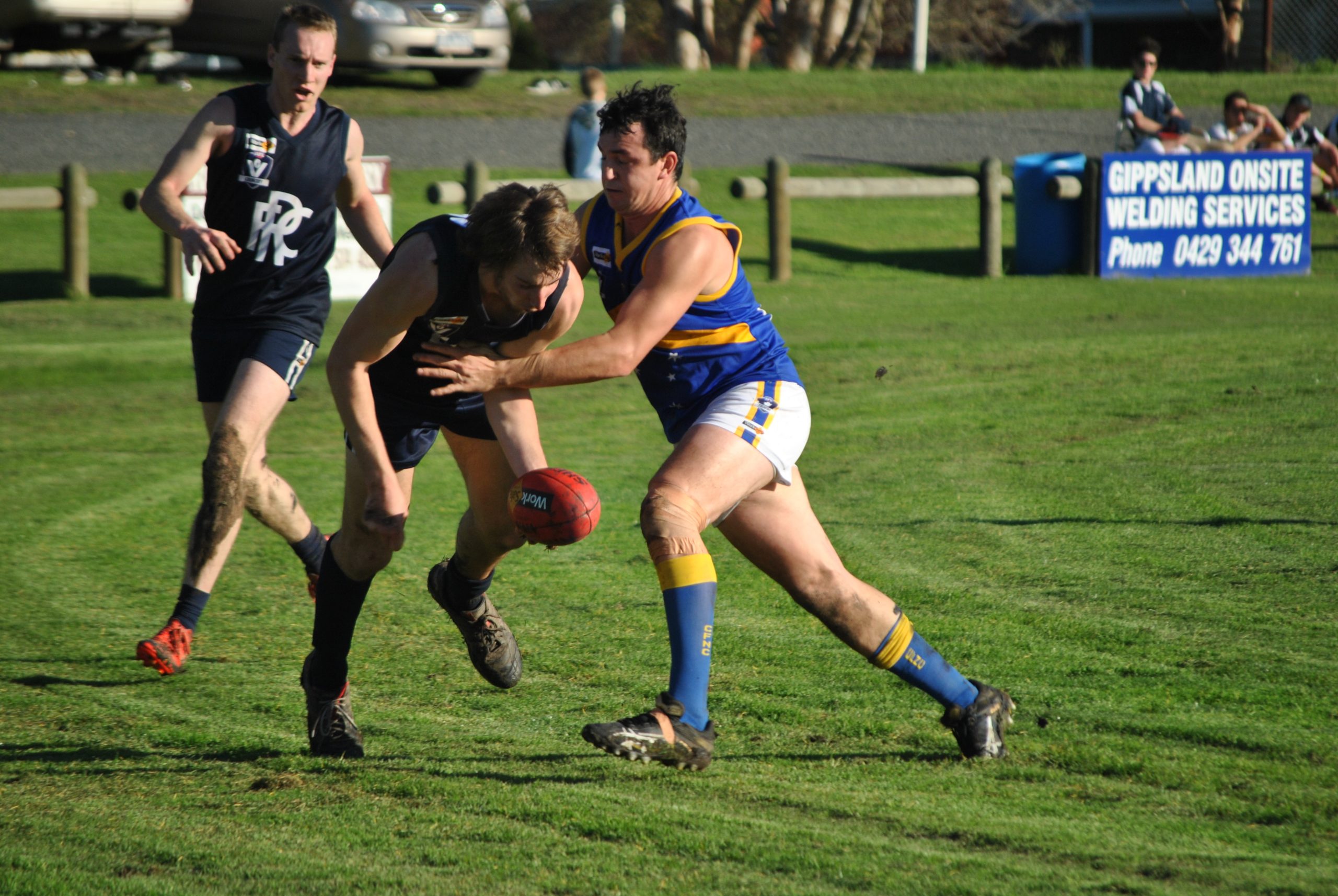 CHURCHILL and Rosedale willbattle in the North Gippsland football qualifying final at Heyfield on Saturday.

The winner will meet minor premier Heyfield in the second semi-final.

The Blues knocked the Cougars out of last year’s finals in the first week, however under the helm of Allan Chandler, Churchill has returned to the dizzy heights of the mid 2000s which saw them contest three straight grand finals.

Finding their feet in the early rounds of the season, the Cougar express train clicked into gear, taking no passengers on their way to claiming 10 straight victories before being halted by number one side Heyfield a fortnight ago.

Boasting a game style which can be best described as fast and furious, the Cougars have little trouble in providing scoreboard impact with Brad Knowles (47) and Hamish Towns (42) both sitting in the top 10 league goal scorers. But it’s not just the fire power of these two which will have the Blues defenders on notice as at least 12 players can step up and kick a handful of majors.

A stand-out performer throughout the season, Rosedale will contest its fourth finals match in two seasons under coach Nick Leechino, who was under no illusions as to the enormity of Saturday’s contest.

“It is a big game, it has been a long time between round one and when we played one another second time around at the midway mark of the season. A lot has changed for both sides,” Leechino said.

“They got the jump on us second time around, and were a formidable opponent who played very well. We are under no illusions that we will need to be at our best to match them.”

Confident his side was regaining form at the right part of the season, Leechino is set to make changes to further strengthen the side, which has had an injury riddled season.

“We have never played the same side more than two weeks in a row, so it is hard to gauge how much we have improved compared to Churchill, who have been scoring enormously high and been on song. However, have had the benefit of minimal change,” Leechino said.

“We went into last Saturday’s match unsure as to how we would go against Sale City, we knew that they were in good form and at their home ground they are always hard to beat. We made six changes to the side on Thursday night, so to have come away win was very pleasing.

“Despite giving up a six-goal lead, to have won by three goals and to have hit some form at the right time of year was key in the lead-up to meeting Churchill, who we all know are an inform side.”

Highlighting the Cougars’ potent forward line as a key area, Leechino said he had a number of plans to negate their free scoring.

The Blues back six, led by Jed Hickey, will face one of their toughest assignments in past weeks, with the half-back line needing to loom large and bully the opposition into forcing turnovers to allow them to create the run and drive to set-up their own opportunities in front of goal.

“We have an experienced back line that, if we get the match-ups right early, we can place pressure on their forwards, but it is the midfield that I will be looking to carry the load and stop their entry into the forward 50,” Leechino said.

Churchill has shown it seeks to put games away as quickly as possible as evidenced last Saturday, when it kicked 12 goals in the second term against Yarram. The Blues can ill afford the Cougars the same luxury come Saturday.

Cowwarr will play Churchill in the reserves, while Traralgon-Tyers United and Glengarry will clash in the thirds.

SALE City and Woodside will meet in the North Gippsland football elimination final on Sunday at Churchill.

The Wildcats made a late charge to secure a top five berth, having won five of their past six matches.

Despite his side’s performances in past rounds which kept its finals pulse beating, Pettitt said the Wildcats would meet a side which boasted some of the league’s top players.

“Sale City is as good as anyone on their day and we understand that we will go into the match with the status of underdogs,” he said.

“Their top five or six players would be some of the best in the league, however, in saying that we are really looking forward to the challenge and if we can bring our ‘A game’ then we should be able to take it right up to them.”

While the Wildcats are back in the finals for the first time since 2009, the Bulldogs are returning after a year’s absence.

Taking to the helm of City this season, coach Hayden Burgiel made finals his aim at the start of the year before reassessing his goal midway through the season to make the top three. Unexpected losses to Gormandale and Yarram shattered this prospect.

With concerns over injury and tribunal appearances, Burgiel was hopeful of retaining the full strength side which only lost to Rosedale by 16 points last weekend.

“We played pretty well against Rosedale, if you look at our stats we had seven more inside 50s, we were even in the clearances but when we went forward we weren’t as effective in hitting the targets,” he said.

“I will be looking to the senior guys to take charge early on, get their hands on it early and guide the younger guys. The younger guys are pumped, but we will need to make sure that they focus on the end game and settle early.”

Sale City will also feature in the reserves, where it will play Boisdale-Briagolong, while neighbours Yarram and Woodside will meet in the thirds.