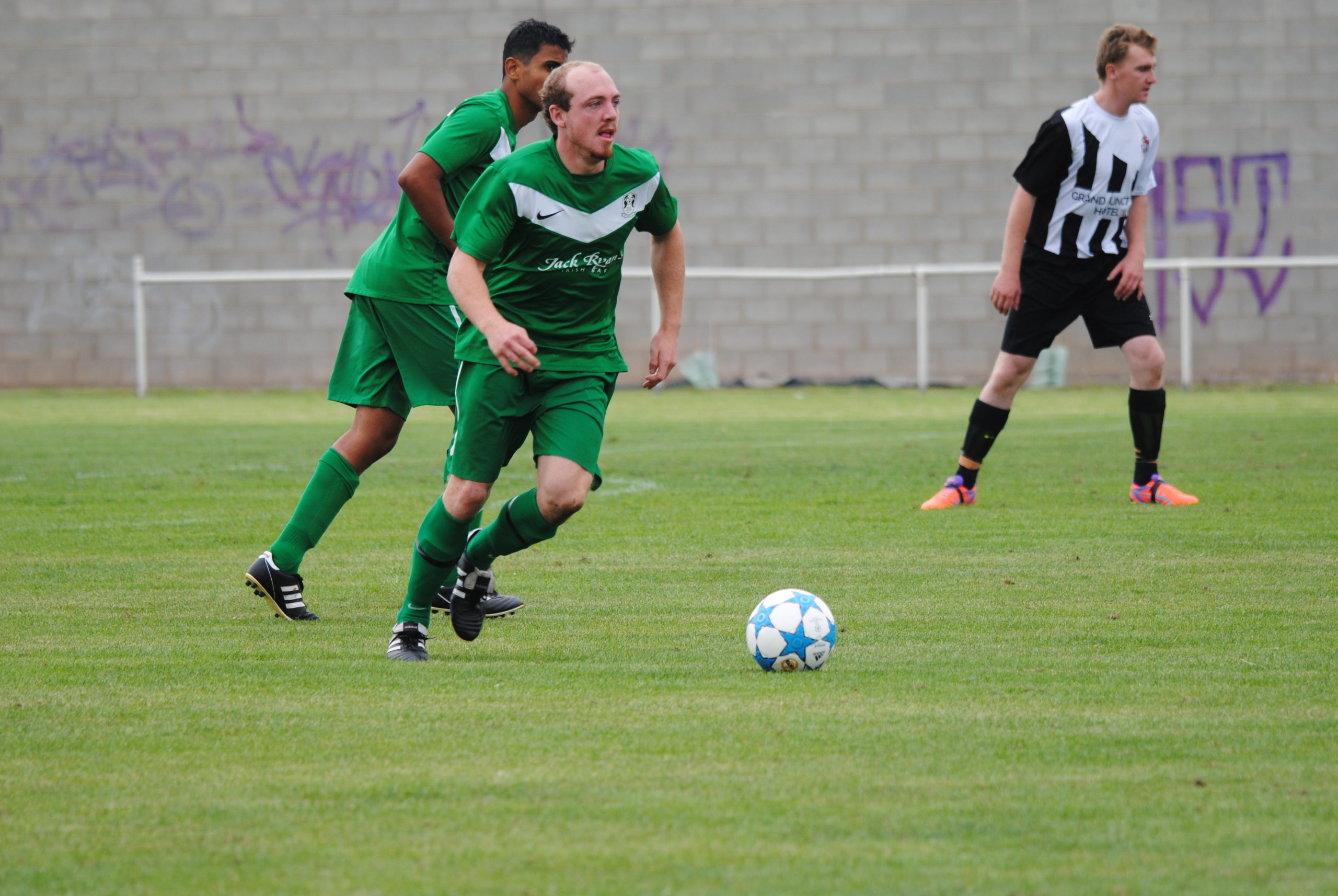 AFTER waiting 23 years to win a Gippsland Soccer League premiership, Sale United has the chance to win back-to-back titles this Sunday.

The Swans will meet Moe United in the grand final at Morwell.

The match will be a battle of free-flowing attack and staunch defence.

The Swans used their attacking prowess to defeat champion Churchill United, who had previous been unbeaten, 5-1 in the semi-final on Saturday night.

Tommy Nguyen kicked two goals with one each from Ash Ross, Dean Nichols and Kristian Phillips.

Taylor Jackson scored for the Rams.

Nguyen, Ross and Ray Allred will be the keys for the Swans through the midfield and attack as they try to breakdown the Moe defence, which held out another fast moving side, Falcons, in the other semi-final.

Ash Birrell scored the only goal in the Red Devils’ victory.

With 60, Sale scored the third highest number of goals during the home-and-away season with Moe finding the net 45 times.

The Red Devils had the third best defence, having conceded five less goals than the Swans.

After a dip in form late in the season, the Swans have, for the second consecutive season, hit top gear during the finals.

It was during that form slump that the Swans were outclassed at home by Moe, 6-3, in their last game before the finals. Captain Marc McHallam was a key player for the Red Devils that day, but will be missing because of suspension.

The Swans had ideal preparation for the grand final, defeating Traralgon City 2-1 in a Battle of Britain Cup semi-final on Wednesday night. Sale will meet Falcons in the final.

SALE United will be looking to complete the youth championship/premiership double when it meets Falcons in the grand final.

The Swans booked their place after defeating Churchill in extra time.

Scores were level at 1-1 after 90 minutes before the Swans scored the decisive goal in extra time. Nick Buckhoreelall and Romi Bitar scored Sale’s goals.

The Swans won the opening meeting between the sides 2-1 in round seven, with their round 18 clash a 1-1 draw.

On Wednesday, Sale United won a penalty shoot-out to get passed Traralgon City in the semi-final of the Steel Cup.

Scores were level 2-2 after 90 minutes and after neither side scored in extra time, the Swans won the shoot-out 5-4 to book their place in the final against Churchill.