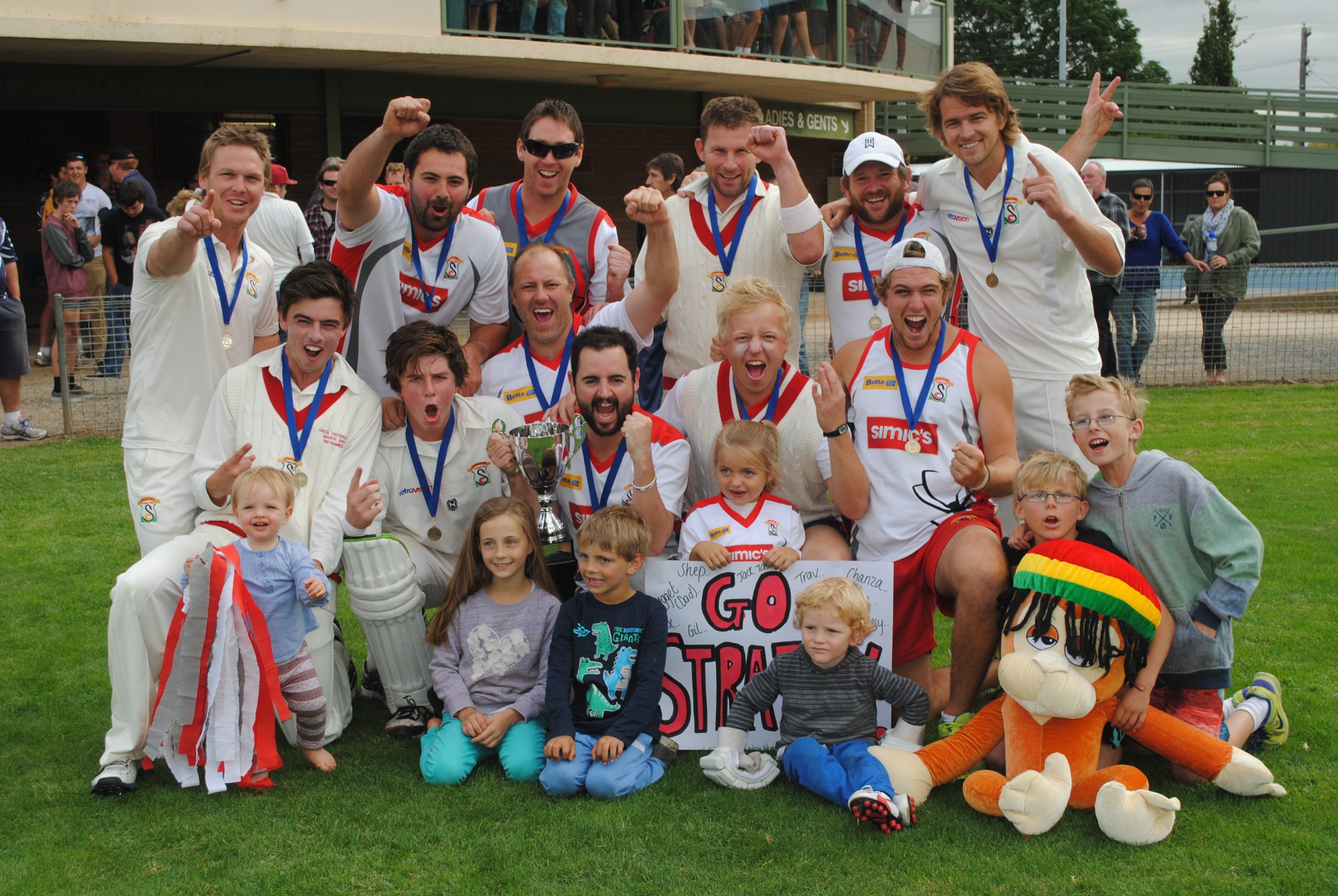 FINISHING runner-up to Stratford in season 2013-14, Boisdale-Briagolong will prepare for another tilt this season.

Dylan Bolton will again led the side, which will be boosted by an English import.

“He is a left arm bowler,” Padman said.

“We could get two batsman back after a couple of years away.

“The aim is to definitely play finals.

“We should have a 10 per cent better side out on the field.”

MATT Dowsett will lead Bundalaguah in its bid to return to finals cricket.

While Daniel Bedggood and Brad Smith depart for Meerlieu, Bundalaguah will be boosted by the inclusion of Bruthen’s Ben Saxon. Saxon comes to the club as a former Bairnsdale Cricket Association Gippsland Cricket League representative.

Secretary Greg Wrigglesworth said the club had appointed Ash Miller as a non-playing coach, while on-field Nathan Massey would be Dowsett’s deputy.

“Ins we have Ben Saxon from Bruthen and English cricketer Karl High, who comes from the same club as Ben Shepparson (former Stratford English import),” he said.

“Ray Massey is playing again, and Dean Thatcher is returning.”

Sam Tudor will lead the second grade team with Greg Wrigglesworth vice-captain, while Pat and Will Brady will lead the third grade side. Daniel Burnett will captain the fourth grade, with Jarrod Ward vice-captain.

COLLEGIANS will seek further improvement from its younger players as it aims to build on the four wins of last season.

Mark Nicholls will again lead the first grade side.

While Michael Cafferkey will not return to play for the club, Nicholls said his younger brother Elliott would stay.

“He started building with a local firm last December and played a few games in the seconds and thirds. He will be having a hit,” Nicholls said.

“We’re possibly looking at another English player but we’re not sure on that at the moment.”

Nicholls said he was hoping for big things from the club’s younger players.

“Nick Grainger is like a recruit, he had an ankle reconstruction (last year) and he is back in,” he said.

“We’re hoping Ned Hurley will have a great year, he has been training with the Victorian under 19 squad pre-season.

“We’ve got a lot of under 16 kids coming through.

“Kerrod Macgregor-Davies, we will be looking for him to do a bit with both bat and ball.”

Ben Hurley and Matt Foster will also provide some leadership to the young side.

“With some big performances from our experienced players, hopefully we can string a few wins together.”

MAFFRA will look to its talented young players to step up as it aims to continue the good form required to again play finals cricket.

Brett Lanigan will again captain the first grade side, while Josh Rurawhe should also provide leadership.

Secretary John McLaverty said the club would look to its talented young players to step up.

“We haven’t got any overseas players but we have picked up Jackson Scott, who is returning to cricket after a couple of years off and Kris Armistead, who is in the same boat,” he said.

“Brett Lanigan will be captain and Josh Rurawhe is still here.

“We are hoping for more from the likes of Josh Davis and Harry Thackray.”

ROSEDALE-Kilmany will hope to build on its finals appearance last season.

“Brad Scott will captain again and Rohan Diamond is vice-captain,” he said.

Love said the club had appointed five time A grade premiership player Ian Glover as club coach, which would be of particular benefit to the clubs’ younger players.

“Player numbers have been pretty good,” he said.

“We hope to go a little better than last year, where we played in finals.”

SALE will aim to build on its positive finish to season 2013-14 and push towards finals cricket.

President Ross Coulthard said the A grade side was taking shape, with James Dyer as coach and Ian Wrigglesworth first grade captain, while Englishman Nico Watt has also returned.

“We weren’t going to get a professional player, but he is back in Australia and rolled up and said can I have a game.”

Coulthard said he hoped the first grade side could consolidate and put in more competitive performances.

“In A grade we are hoping to consolidate the fantastic second half (of season 2013-14) into the whole year, be more competitive with more stable performances,” he said.

“It was a disaster in the first half, losing seven in a row but then we finished with five wins.”

Coulthard said the club would field teams in each senior and junior grade, including two sides in the T20 Blast junior competition.

“Adam Jackson will captain B grade and the boys are looking forward to defending their title,” he said.

HAVING retained the nucleus of its season 2013-14 first grade team, Sale City will look to build this season.

“Andrew used to play with the club until he got posted away to the RAAF,” he said.

“We think he will do pretty well, he is popular with all of the players.

“I think young Jarryd Floyd needed a bit of a break, it’s a big responsibility for someone his age.”

Williams said the club would look to some of its younger players to improve.

“We’ve lost one or two, we’re waiting on a response from a couple of English players but that’s a bit up in the air,” he said.

“We have two teams, we’ve gone down from the seconds after last seasons efforts.

“We’ll be looking to get more kids into the seniors, we’ve got some good ones there.

“We’ve kept the nucleus of last years team so hopefully we get improvement from the younger players and build that way.”

“We have lost Ben Shepparson, so we haven’t got an overseas player,” Anstee said.

“We have picked up Warren Breddles from Wurruk and Cormack Hassett from Meerlieu, he’s a good young player so we’re happy to get him.

“Our aim is to play finals, really you have to make finals before you can have any aspirations.

“We won last year, so we think that is a good indication of where we are at.

“We have retained and added to last year’s team, so we will aim to play finals and see what happens.”