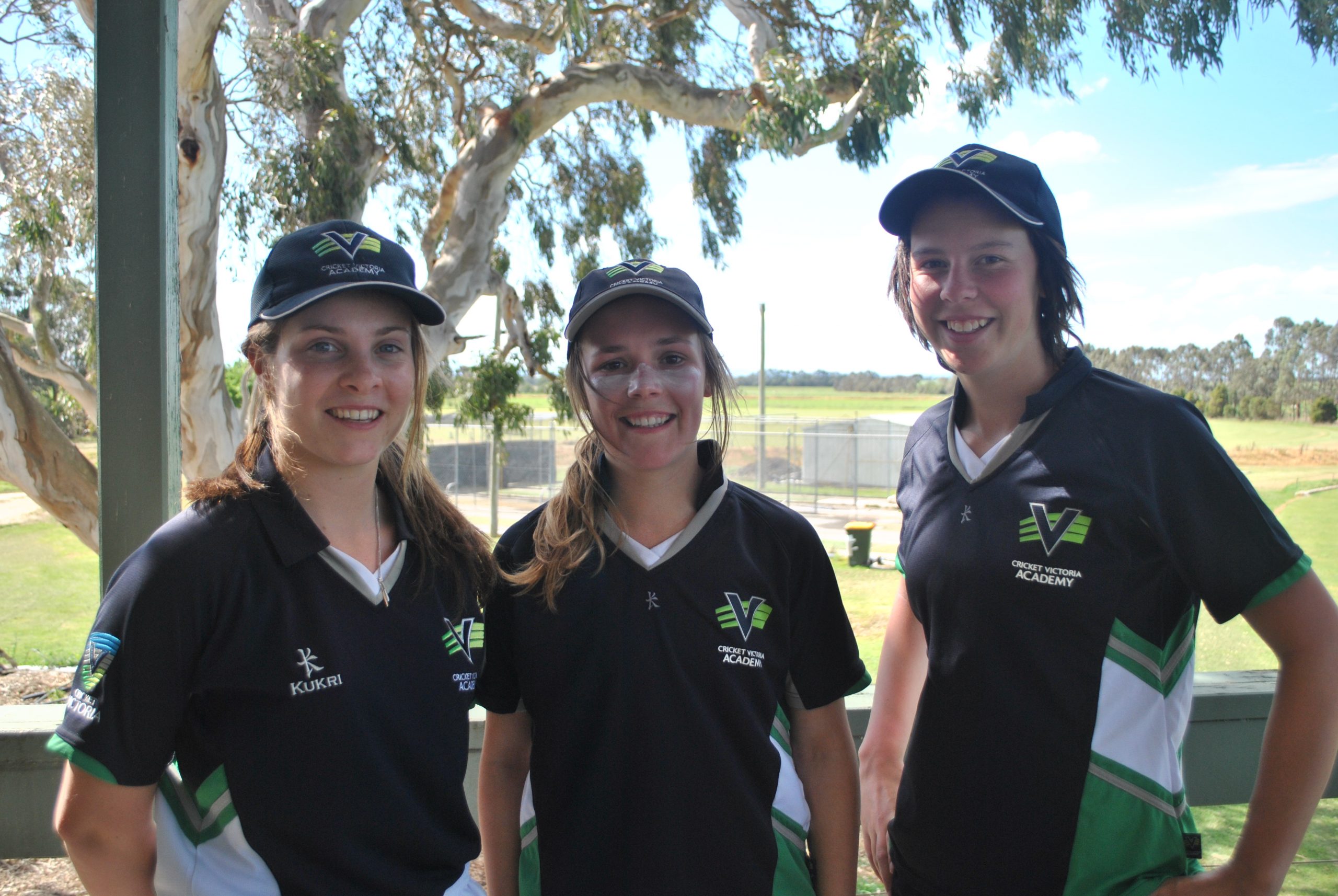 LOCAL cricketers Hayleigh Brennan and Holly Whitford were among those to turn out for Victoria Country during a state under 18 cricket camp at Bundalaguah this week.

Previous state representatives at under 15 level, Hayleigh and Holly will be aiming for their first appearance in the Victorian under 18 team, with the national championships to be played later this year in Ballarat.

With the squads having trained together for 10 weeks, both Country and Metro teams had good preparation in the lead-up to the camp, with Hayleigh one of two Victorians also picked to undergo intensive training at the National Cricket Centre in Brisbane.

Bairnsdale’s Sophie Molineux, a member of the VicSpirit under 18 squad last season, led the Victoria Country team in a twenty20 match against Victoria Metro at Bundalaguah on Tuesday.

Sophie said she was confident her teammates would perform well during the camp, which will ultimately decide the final Victorian squad.

“It’s great having the Metro girls coming our way, it’s good for them to experience country conditions,” she said.

“We’ve been together the last 10 weeks, getting to know the girls, it’s good to get a game in together.

“We know what they will be spitting out against us.

“We’re looking pretty good on paper but that means nothing when it comes to game day.”

VicSpirit pathway coach Duncan Harrison said while there were a few whose campaign had ended due to injury, both squads offered an exciting blend of talent.

“This is an annual series between Country and Metro played across the male program and now introduced to the female system,” he said.

“A lot of the program has been indoors given Melbourne’s weather, so it’s a good opportunity for the girls to get in some game play outdoors.

“We were strong last year and early doors it is looking like we will be strong again.”

Harrison said a final squad of 15 and two emergencies would be selected following the camp.

“It’s just out of season so we will see how they deal with success and failure,” he said.

“There might be a few wides bowled but it’s about how they bounce back from that.

“We’re also looking for how they respond to a mini-tournament situation.

“We’re away here for three to four days, for the normal (national) tournament they will have eight days away.”

A 50-over match was played on Wednesday before two further twenty20 matches on Thursday.