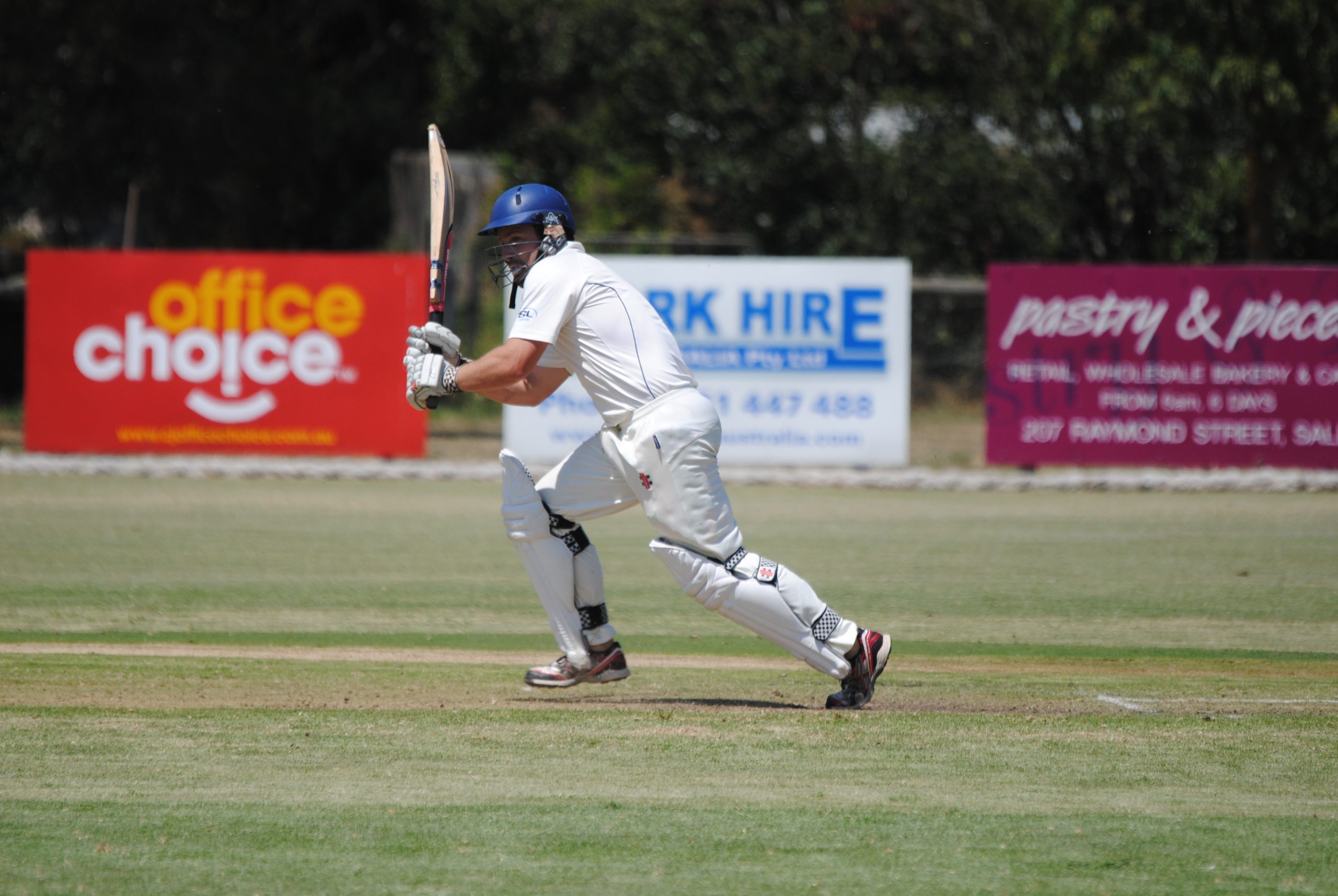 MAFFRA’S Josh Rurawhe scored an unbeaten century to help the Eagles set up a total of 4-329 declared against Sale City.

With the Eagles sent in, Dean Rowley and Brett Lanigan quickly swung the momentum in Maffra’s favour, putting on 123 for the first wicket. Jarryd Floyd got the breakthrough for the Lizards, taking a return catch off his bowling to remove Rowley for 67.

Floyd would follow up with the wickets of Lanigan and Harry Thackray soon after, but Rurawhe and Jake Benfield soon dashed any hopes the Lizards had of running through the Eagles’ strong batting line-up.

Rurawhe and Benfield were ruthless in a partnership of 131, Benfield hitting four boundaries and four sixes, while Rurawhe managed nine boundaries and three big sixes in an unbeaten century.

Mitch Bennett was the bowler to break the partnership, knocking over Benfield for 66.

With Rurawhe reaching his century, Lanigan declared at 4-329 with eight overs remaining to make some early in-roads to the Lizards’ line-up.

Captain Andrew Tyson and Trevor Williams proved up to the task, seeing through to stumps. Tyson will resume on 10, while Williams is not out on nine.

NATHAN Massey scored a century to help set-up Bundalaguah’s total of 273 against Boisdale-Briagolong.

Liam Hurst got the early breakthrough for the Saints, but Adam Cairns played the anchor role to good effect, helping Ben Saxon to steady in a partnership of 55.

Louis Howard got the breakthrough for the Saints, removing Saxon for 39. Jason Phillips followed up trapping Cairns in front before Dylan Bolton took the first of his four wickets to have the Saints back in the contest at 4-88.

The partnership between Massey and Matt Dowsett was always going to be an important one for the Saints to break, something they did not manage to do until the pair had put in 70.

Dowsett would fall just short of his half-century, while Mick Roberts produced a direct hit to add another wicket, but Massey continued the momentum for Bundalaguah, quickly moving to his century with some good, but aggressive, cricket shots.

Lachlan Wrigglesworth offered Massey good support with 29, while Karl High also got a start to push the Bundalaguah total to 273.

Andrew Nicholas was re-introduced into the attack and was quick to wrap up the innings, taking the final two Bundalaguah wickets.

SALE ensured Rosedale-Kilmany will have to work hard for victory, posting 9-230 declared.

Ben Jones and Jarrod Moxley both managed starts at the top of the order, but it was a 92-run partnership between captain Ian Wrigglesworth and Matt Raidal which ensured Sale would post a competitive total.

Wrigglesworth led the way with 66, while Raidal would fall just short of a half-century, caught out for 49.

Callum Polo, unbeaten on 16, and Ben Howes, 24, helped push the total beyond 200, with Wrigglesworth declaring at 9-230 to have two overs at the Warriors openers.

Leigh Freshwater combined with Chris Whiteoak to see through to stumps without incident, with the Warriors requiring a further 226 for victory.

THE match between Collegians and Stratford hangs in the balance, with the Redbacks requiring 79 runs with six wickets in hand.

Matt Foster, Jayden Allison, Elliott Cafferkey and Nick Grainger all got starts, while Joel Churchill finished unbeaten on 16 to help Collegians post 176. Jack Tatterson, with 4-39, and Jack Rietschel, 3-49, were the pick of the Stratford bowlers.

With 24 overs left to play, Collegians went to work with Mark Nicholls and Ned Hurley able to make early breakthroughs.

Chris Aurisch and Jack Tatterson steadied for the Redbacks, but Nicholls removed both before stumps to swing the ascendancy to Collegians.

Cormack Hassett, unbeaten on 13, and Travis Millar will resume looking to build a big partnership with a further 79 runs required.