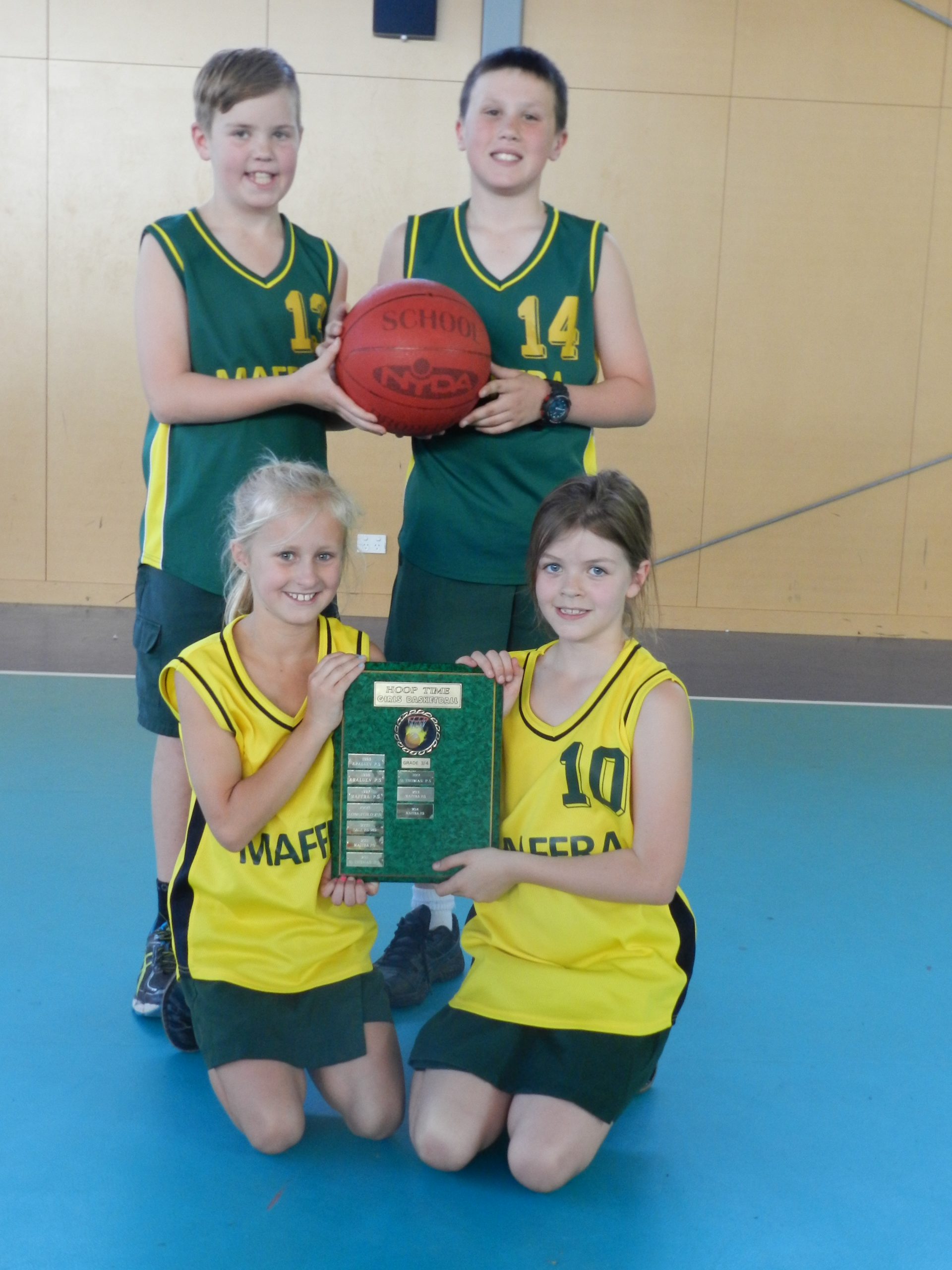 MAFFRA Primary School’s boys’ and girls’ grade three and four basketball teams have qualified for the Hoop Time state finals to be played in November.

Hoop Time is a series of one-day basketball round robin tournaments held at local basketball stadiums all around Victoria. The program offers students in grade three and four (junior) and grade five and six (senior) the opportunity to play in a fun competition with qualified referees, culminating in regional finals and a state grand final.

After competing at a tournament in Sale, the two teams progressed to the regional finals in Traralgon, where they earned the right to play-off in the hoop time junior all stars grand finals in Dandenong.

At Traralgon, teams played each other twice in the pool games to qualify for the regional final.

Entering the regional final failing to account for opponent St Thomas’ Primary School, Sale, from three attempts, Maffra turned the tables when it mattered most to progress to the state finals, prevailing 13-6.

The boys, coached by Andrew Harrigan, had finished ahead of Neerim South Primary and St Ita’s Primary, Drouin in the pool stage to earn another shot at their local rivals.

Coached by Belinda and Ash Oldham, the girls were too strong for St Ita’s in their regional final, winning 20-2 to join the boys team in qualifying for state finals.

Both teams are expected to face strong opposition at the state finals, with last year’s champions and runners-up all making it to the regional final stage.