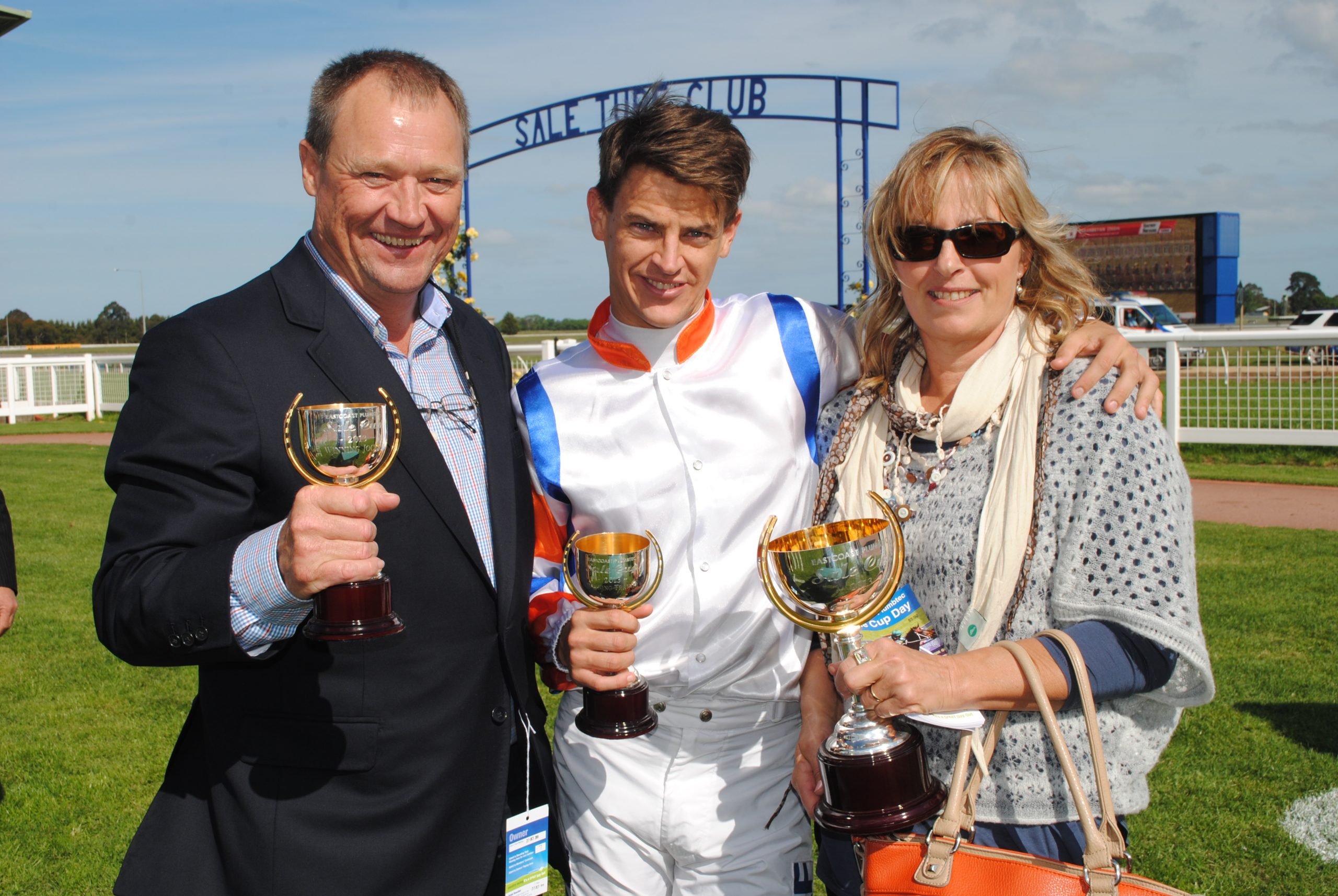 TRAINER Tony McEvoy will fly into Sale on Sunday confident of achieving a double that probably could not be matched in racing.

Last year he won the $150,000 Sale Cup with Mouro, and if Sysmo wins the 1600 metres race on Sunday he would not be the first trainer to win a major provincial cup in successive years.

But consider this – Mouro was the first McEvoy-trained horse ever to race at Sale and Sysmo will be only his second runner at the track.

Can a trainer win the Sale Turf Club’s biggest race in consecutive years with the only two horses he has raced there?

Surely it would be an un-matched achievement. I can’t be adamant that it has not been done in Australian racing before, but if Sysmo wins I will shout a beer for the first dozen Sale race-goers to prove me wrong.

McEvoy said he had been 100 per cent confident Mouro would win the Sale Cup last year and he had total confidence that Sysmo would win the race on Sunday. He was not daunted when Sysmo drew barrier 14 in the 16-horse field on Thursday.

He said the next race for Sysmo would be the $1 million group one VRC Stakes (1600m) at Flemington on November 8.

Sysmo will be ridden at Sale by McEvoy’s nephew Kerrin McEvoy who sought the mount after riding the horse in a trial.

Tony McEvoy was a Victorian premiership winner when a stand-in trainer for Lindsay Park, and his biggest win was with Fields Of Omagh in the 2003 Cox Plate. Horses he has trained have won more than $46 million since the year 2000.

McEvoy said Sysmo was a very good racehorse who had broken down and required surgery on two occasions.

Sysmo, a six-year-old bay gelding, has raced 19 times for four wins and eight placings. He had two barrier trials before a first-up fourth of nine runners over 1400m at Randwick on October 11. Last spring he won the Seymour Cup (1600m) on October 20 before finishing third over 1600m at Flemington on November 9.

He is French-bred (My Risk-La Soculente) and began his career in France where he had a win and two placings from only three starts.

McEvoy said he was not concerned that Sysmo, who has the second highest weight of 56kg, would go into the Sale Cup with only one run (and two trials) behind him after a 38-week spell.

“He was second-up when he won the Seymour Cup last year,” he said.

Last year McEvoy drove to Sale on Cup day. He will be flown there on Sunday.

And it will take a very good horse to win this high-quality edition of the Sale Cup.

Sonntag will have a light spring campaign as connections have the Sydney Cup next autumn as the long-range target for the rapidly improving four-year-old.

Trainer Henry Dwyer said the Sale Cup and the group three Eclipse Stakes (1800m) would be the only two spring runs for Sonntag before he was spelled.