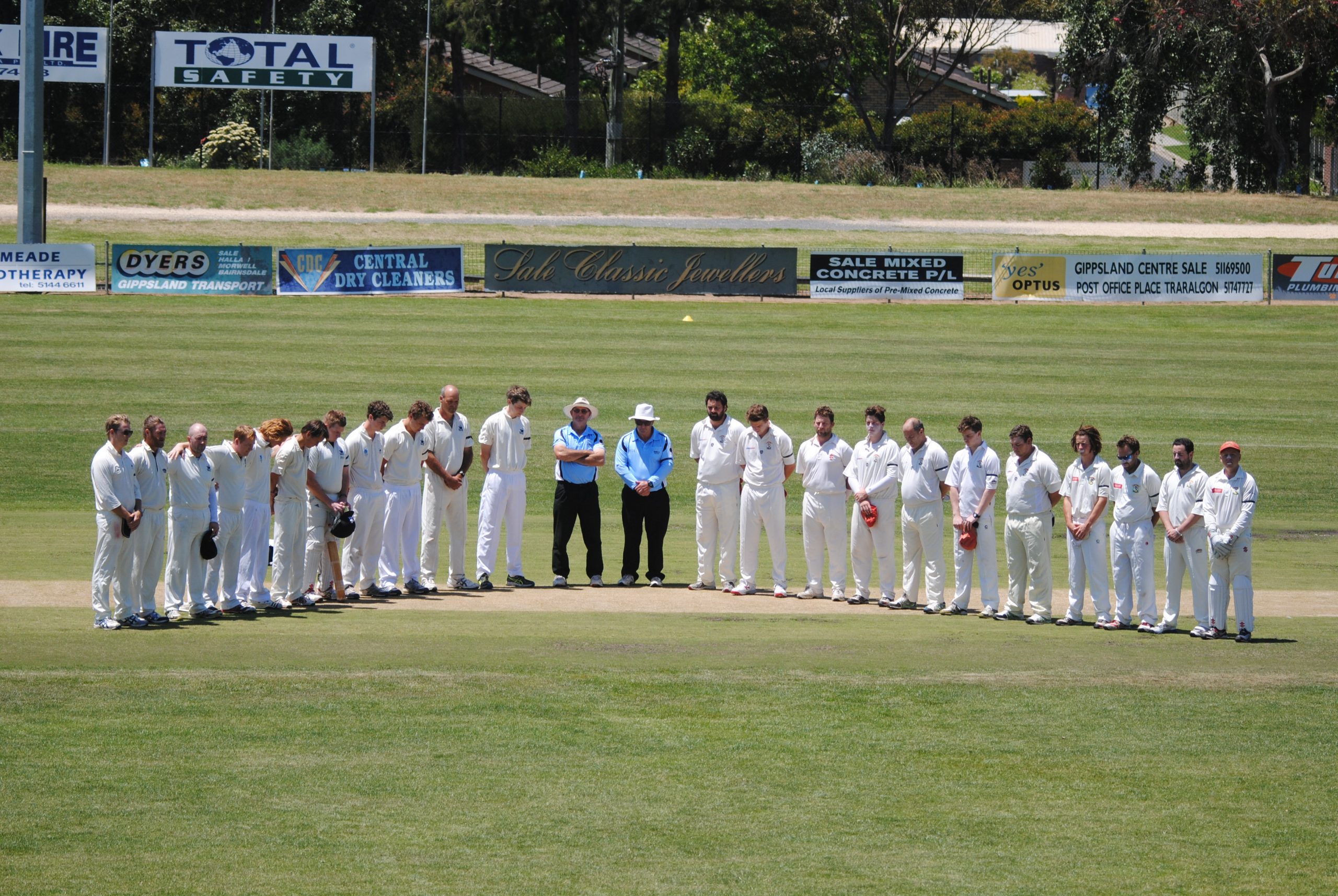 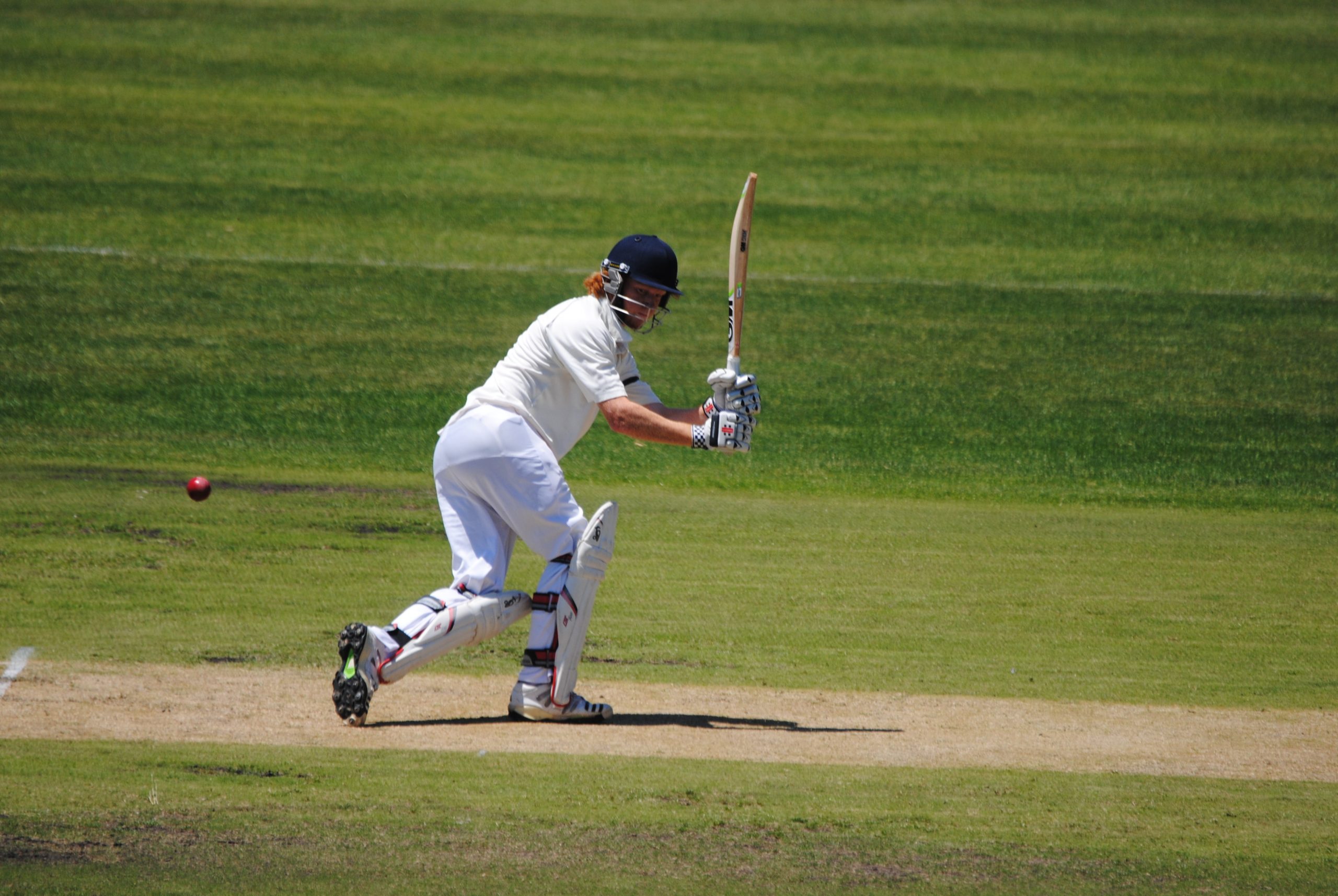 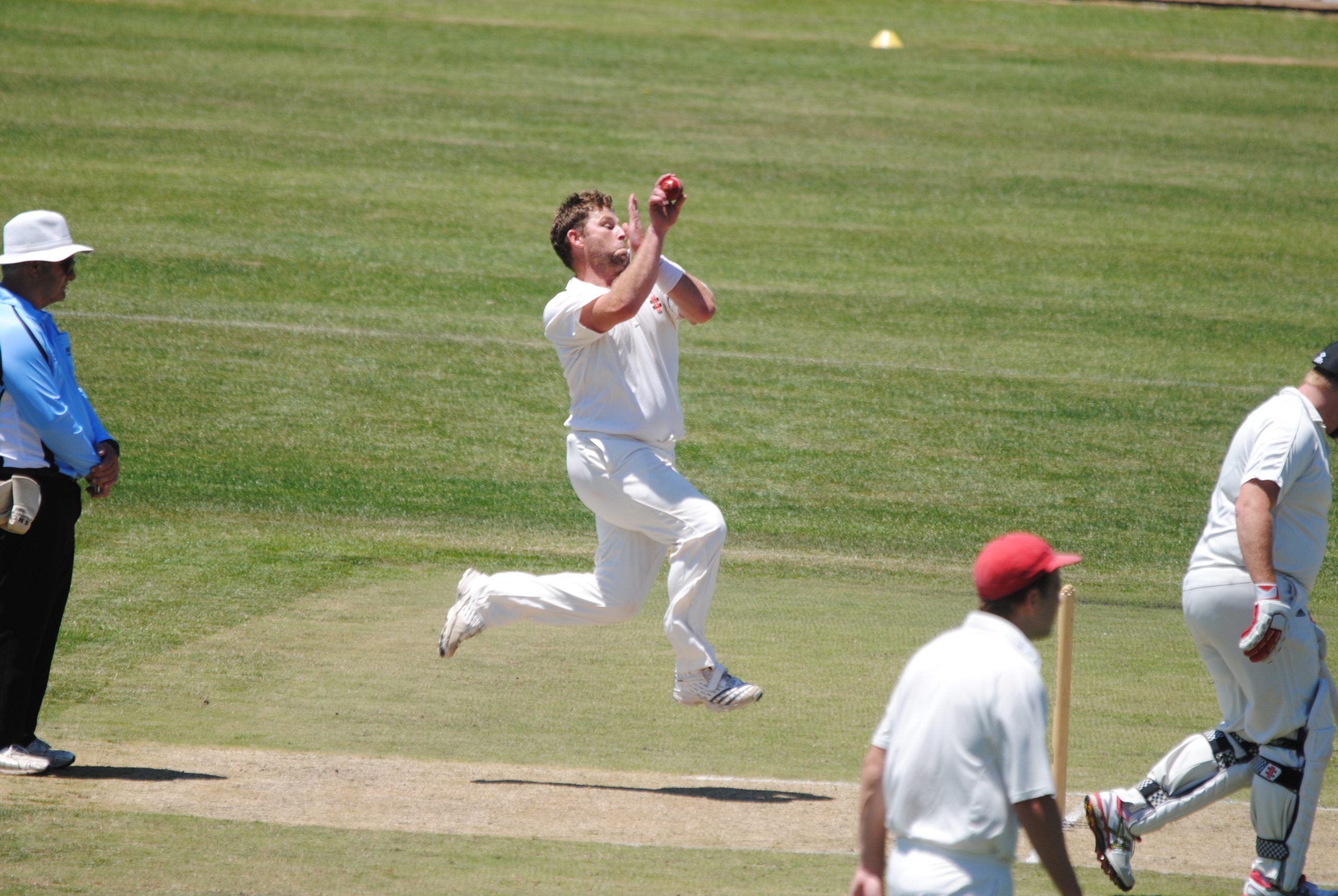 ROSEDALE-Kilmany captain Brad Scott continued his good form, scoring another century to help the Warriors post 224 against Bundalaguah as round six of Sale-Maffra cricket commenced on Saturday.

The two teams were many that paused at the wicket for a minute’s silence to honour the late Phillip Hughes, with many clubs also painting tributes close to the wicket.

Bundalaguah was on top early with two quick wickets before Scott helped the Warriors work towards posting a competitive total. He had good support from Rohan Diamond in a fourth wicket partnership of 63 and was the seventh wicket to fall, bowled by Mitch Rowley for 127.

Hayden Glover scored a valuable 33 to help the Warriors past 200. Ian Freshwater finished unbeaten on nine, with the Warriors bowled out for 224.

Bundalaguah was left with a difficult three overs to negotiate before stumps, with Scott capping a good day with a wicket to get the early breakthrough for the Warriors. Karl High and Ben Saxon will resume with Bundalaguah requiring 221 runs for victory.

THE top four contest between Collegians and Maffra remains in the balance, with the Eagles 1-28 in reply to the home side’s 177.

Teams at the College Oval combined to put out 63 bats as their tribute to Hughes, a tribute method which has taken off on social media.

Matt Foster and Ben Hurley both made starts but couldn’t go on with it, with the Eagles taking wickets at regular intervals. Mark Nicholls fell just short of a half-century, offering a return catch to Jim Beaumont (3-23) on 49, while Cooper Hall scored 28 to help Collegians post 177.

Harry Thackray picked up a five-wicket haul, with Nathan Magnuson the other multiple wicket taker.

With 14 overs to stumps, Dean Rowley fell early for the Eagles before Brett Lanigan and Josh Rurawhe steadied to see through to the close of play.

A tribute to Hughes featured on the scoreboard as players took a minute’s silence at the wicket.

Tom Wicks and James Dyer got Sale off to a steady start, while Adam Jackson, Mitch Evans and Jack and Ian Wrigglesworth all got starts to see Sale to 202.

Pat Gordan finished pick for Stratford with 3-34, while Simon Waixel and Jack Rietschel were the other multiple wicket takers.

BOISDALE-Briagolong is on track to get the job done against Sale City.

Mick Roberts led the way at the top of the order with 60, while Andrew Gieschen, Daniel Cameron, Toby Leeds and Dylan Bolton did their bit to keep the scoreboard ticking over.

Jarryd Floyd did the bulk of the work for Sale City, sending down 20 overs for 3-79. David Pachl will resume on 17, with Jarryd Floyd the other unbeaten batsman.