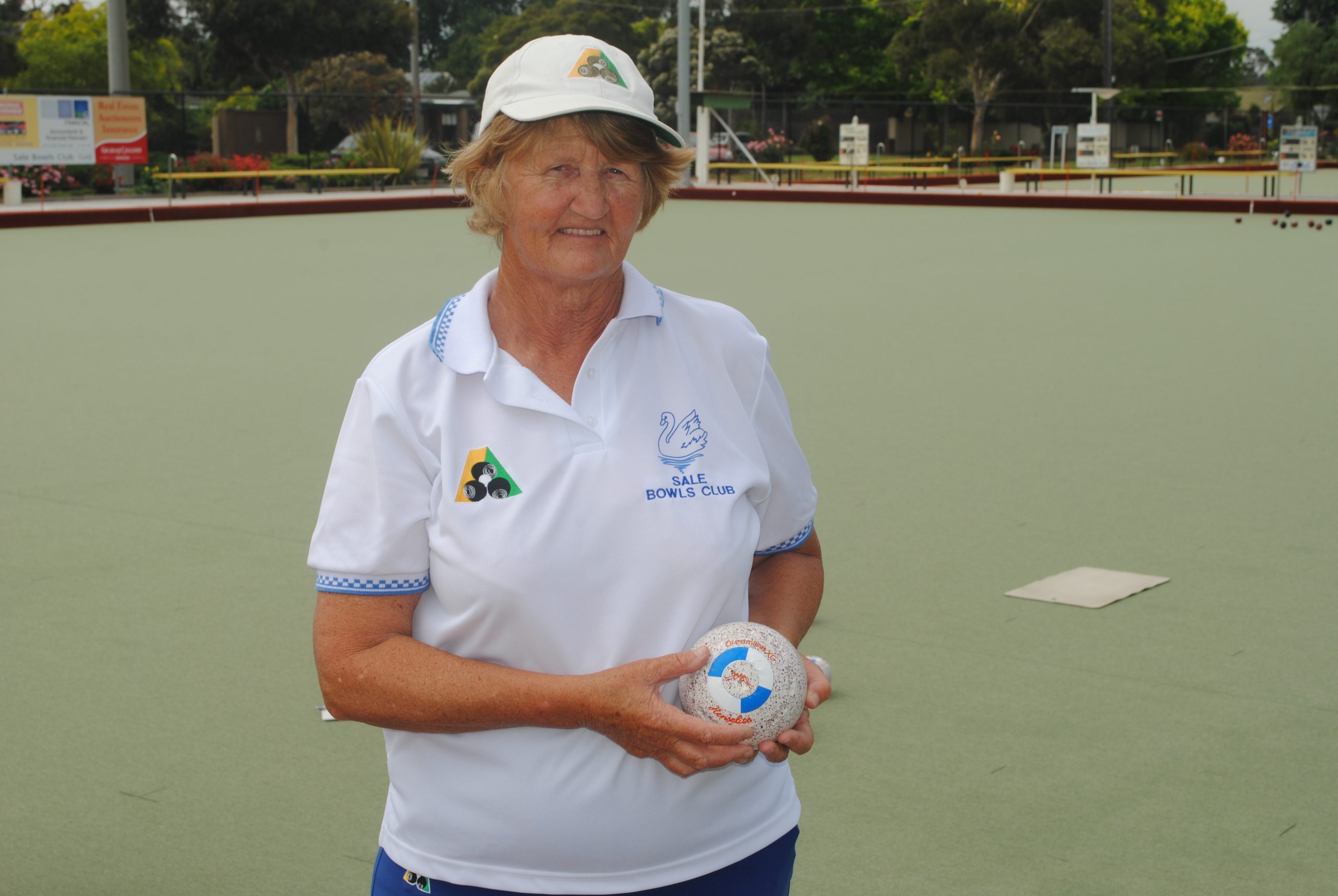 Morton teamed up with Finley RSL bowler Jane Ritchie to win the event at Shepparton.

Late entrants, who teamed up after a couple of text messages, Morton and Ritchie had to win three games in their section, then get through a quarter-final.

In the nail-biting semi-final, they defeated Commonwealth Games team member Karla Rogers and state player Elyse Cowan by one shot.

In the final, Morton and Ritchie were too strong for Shirley Schorback and Edna Anderson.

Morton and Ritchie led 7-5 after seven close ends before moving away, with Morton in particularly good form. Nine unanswered shots over the next five ends gave them a 16-5 lead.

Schorback and Anderson clawed back six shots in ends 13 and 14, but a single on the 15th end confirmed victory for Morton and Ritchie, 17-11.

This is not the first time Morton has had success at state level, having won the state mixed pairs and open fours championships.

She has been Sale club champion the past two years.

Morton is kept busy with her pennant commitments at Sale, playing in the midweek and Saturday competitions.

She will play with Marg Sceney in the North Gippsland pairs championships at Sale on December 11. The pathway for winning teams leads to Bendigo in February.

Morton began playing bowls nine years ago when living at Gunbower in northern Victoria, and has made amazing progress in the sport since returning to Sale two years ago.