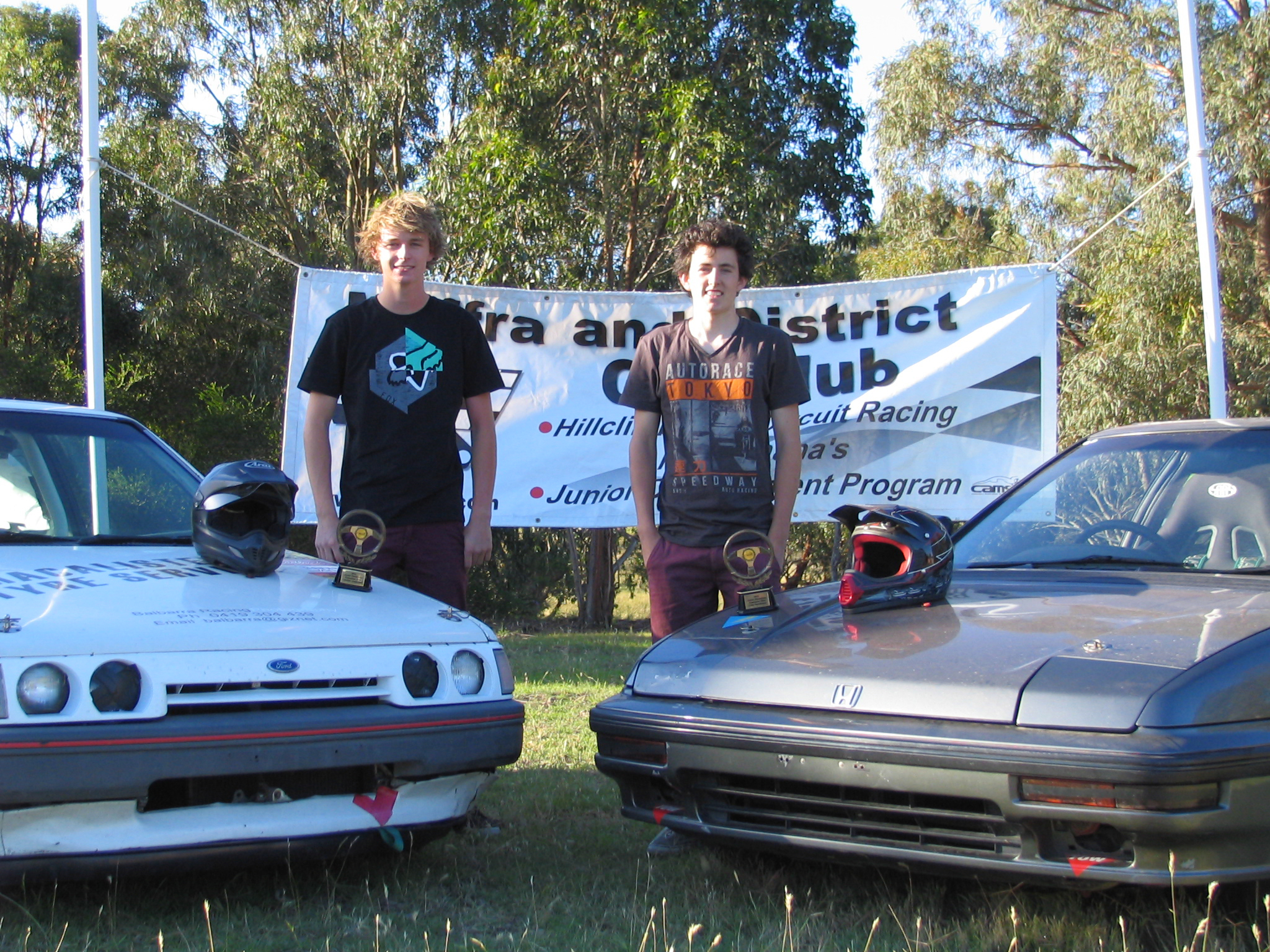 Luke Henderson and Lachy Jorgensen shared the award which was presented to them at the Victorian Motor Sport evening recently in Melbourne.

The Junior Pentathlon Series is comprised of hillclimb, autocross, khanacross and motorkhana events – all of which were held at the Boisdale hillclimb track on a gravel surface – and a sprint at RAAF Base East Sale on a bitumen circuit.

All timed events, the hillclimb is both short track and long track formats with a standing start and rolling finish, with fastest time of the day awarding placings. The autocross is similar, however is a flying start and placings are an aggregate of the three fastest times of the meeting.

The khanacross event is a designated track area winding through bushland, away from the main hillclimb track. Outright fastest times are recorded.

Motorkhanas involve set courses, set out by instructors with witches hats which the drivers must follow exactly. Again, fastest times are awarded placings, however penalties are given for an incorrect course or dislodging cones.

Sprints differ in that multiple cars – normally a maximum of six – are on a tarmac circuit at the same time, however placings are awarded by fastest times and not an actual race with other competitors.

The sprints also give junior drivers an awareness of what a conventional race scenario is like.

Lachy and Luke also travelled to compete at the Morwell hillclimb facility and to Winton Raceway through the season, along with other members of the Maffra and District Car Club.

A statewide competition, this is the fourth year in a row that a junior member of the Maffra and District Car Club has won the series. Previous winners were Jack Jones, Callan Mahilall and James Jorgensen.

The club will host a test and tune day on Saturday, January 17 at the Boisdale track, 239 Boisdale-Newry Rd. Those interested in joining the club and participating are welcome, with the practice day between 9am and 1pm. For more information, phone competition secretary Tim Coleman on 0417 476 679.

The first hillclimb for the 2015 season will be at the Boisdale track on Sunday, February 15 in short track format.