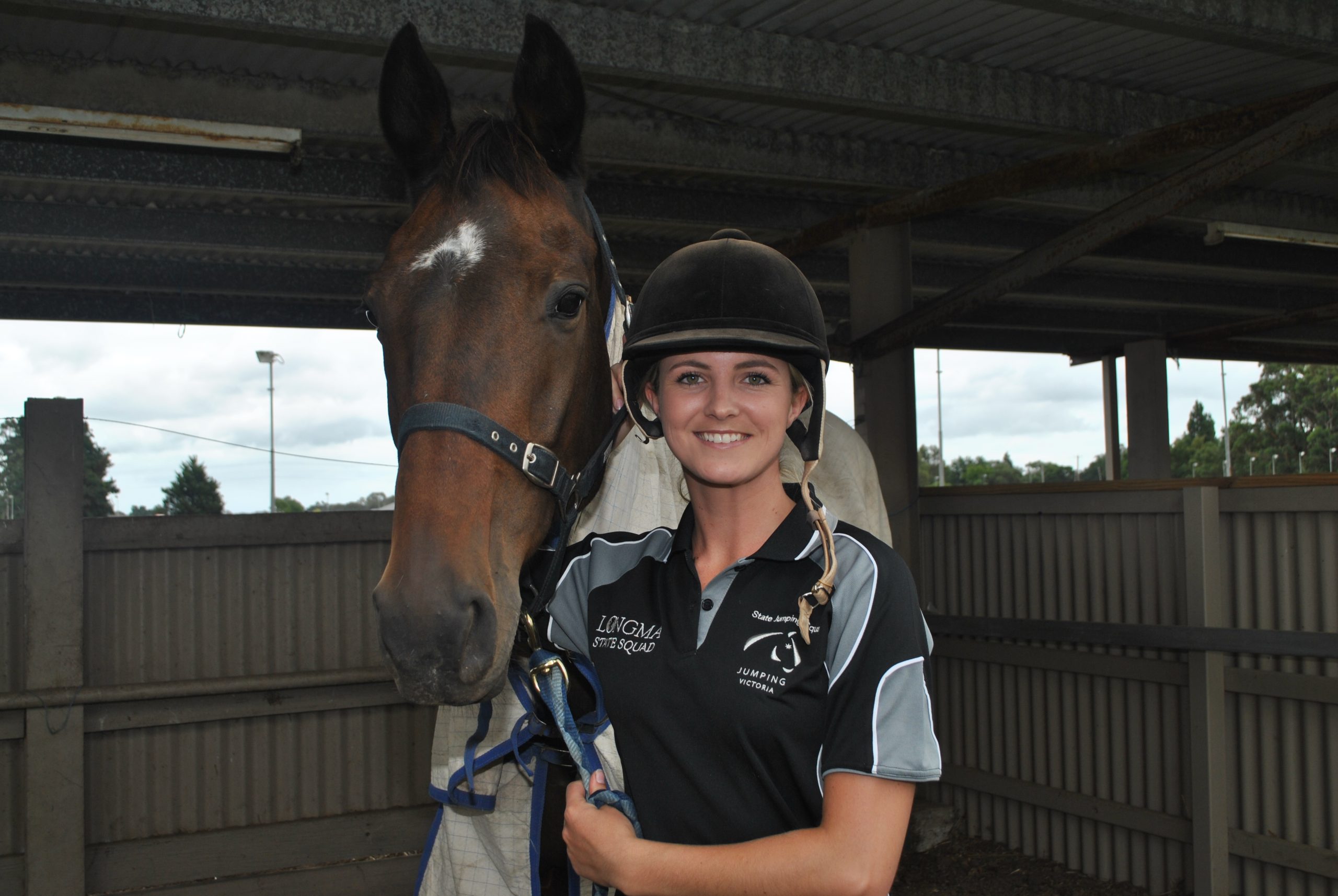 The youngest rider competing in the gruelling event held at Boneo Park, near Rosebud, on the Australia Day long weekend, Chester finished ninth to earn a ribbon for her efforts.

Billed as an impressive achievement to place in the top 12 in a competitor’s first World Cup qualifier event, Chester’s efforts gained praise from the many senior riders competing in the event.

Bunyip’s Airlie Robinson, 35, finished one place ahead of Chester to also earn a ribbon in her first World Cup attempt, while Ally Lamb of Denison also placed in the top 12 to earn a ribbon.

In order to qualify for the prestigious event, Chester said she had to complete the course in a set amount of time.

“Deri (Ellsmere Derilyn) jumped well, I went through with only two rails down,” she said.

With Ellsmere Derilyn given the all clear by veterinarians and stewards, Chester was faced with the daunting prospect of running first of 20 competitors in her first World Cup qualifier following a ballot.

“It’s pretty unlucky to be first out in your first World Cup and the judges felt bad,” Chester said.

“I thought it was scary but it worked out well not having to watch.

“It was a tough course and I didn’t see the top riders have trouble.”

After walking the course, Chester said she was able to formulate a plan and stick to it.

“I warmed-up the same as always,” she said.

“Because it’s a World Cup, some people feel the need to do more but it was heavy going in the warm-up arena and I didn’t want to do anything different to other shows.”

Chester’s first round proved to be respectable. Knocking three rails down and with a tight time, Chester went through with just 13 penalties.

“My first jump for some reason I always knock the rail down, so I was determined to not do that this time,” Chester said.

“I had my first rail down at seven.

“I came around the corner to a big yellow double and lost my stirrups so I had to get organised again and it came down.

“Then I came to a treble, where there is one stride between jumps.

“I was a bit unlucky, I just got a little close to the last one and rubbed it off.”

Chester said many of the quality competitors also found the course challenging.

“There was an open ditch of two to three metres of water,” she said.

“Three people were eliminated at the water jump, their horses wouldn’t jump it.”

Just two riders went through the first round clean, with Chester finishing in the top 12 to progress to the second round.

“There are less jumps but they are raised and you are timed, so you have to jump clean and quicker,” Chester said.

“The second round is seeded with the person with the most penalties out first.

“I followed Ally Lamb from Denison, who was second out.”

Chester put one rail down but went clear with her time, finishing with 17 penalties, enough to finish ninth and secure a ribbon.

There were two double clean rides, including young Olympian Tom McDermott, who won the Australian junior championship at Sale in 2006 at just 12 years of age.

“I had no expectations, I just wanted to start and finish,” Chester said.

Chester said she was already looking forward to her next World Cup qualifier.

“As soon as I was out of the ring I asked when the next one is,” she said.

“It’s addictive and it was a really good experience.

“Both Airlie and I are eager for the next one.”

Chester has a busy riding schedule ahead. She will compete in the country championships at Shepparton before competing in Jumping with the Stars in March, and has entered the young riders class at the Sydney Royal Easter show.

“I might got to Caboolture in Queensland (for my next World Cup), or Adelaide Royal,” Chester said.