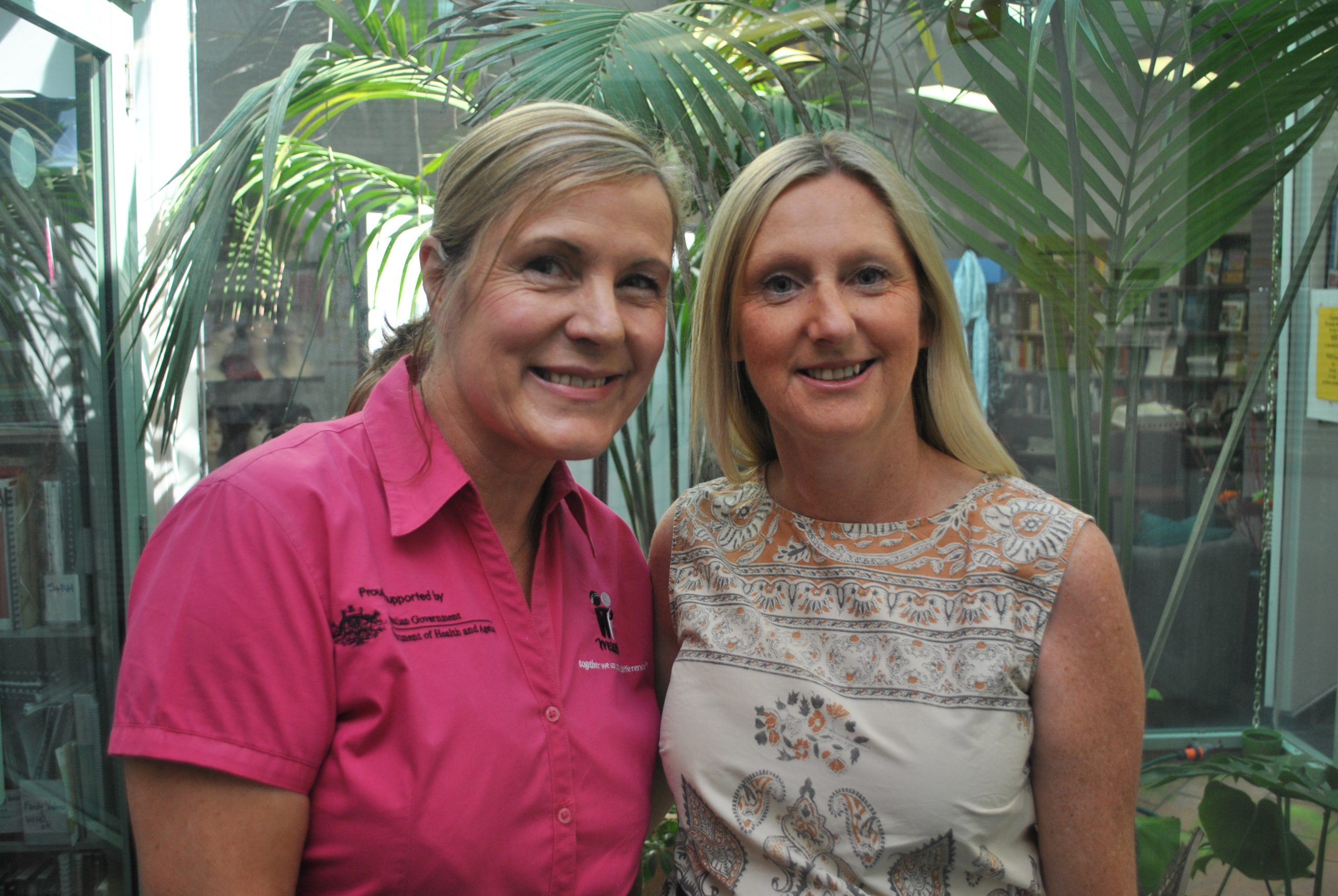 FOR Maffra’s Cherie Cantwell, Pink Stumps Day is an opportunity to give back to a cause which helped her immensely during difficult times.

A big driver of Maffra Cricket Club’s annual Pink Stumps Day event, Cherie said she wanted to give back to a cause which helped her as she fought breast cancer.

She said  McGrath Breast Care nurse Marg Centra had been an enormous support during her ordeal.

All funds raised from Pink Stumps Day will be donated to the McGrath Foundation to ensure every family experiencing breast cancer in Australia has access to a breast care nurse, no matter where they live or their financial situation.

“I like to put back because I’ve had that first hand experience,” Cherie said.

“I remember when I was getting treatment and it (Pink Stumps Day) was held in (Maffra Cricket Club president) Rob Rowley’s shed.

“It just keeps getting bigger and better.

“It’s such a small community and everyone is very generous, they really get behind it.

“They know someone who has been affected, so I think they identify it as a cause close to them.”

McGrath Breast Care nurse Marg Centra said the Maffra Cricket Club had been a champion of the cause, with the club raising more than $8000 last year.

“The money raised (by Maffra Cricket Club) was the second highest amount in Australia,” she said.

“It’s an extraordinary effort by the community, rallying around the cause.

“One in eight women are diagnosed with breast cancer and this community is no exception, Maffra and surrounds have had their fair share.

“Breast care nurses play a key role for a lot of people in rural areas.

“Breast care nurses provide ongoing care coordination and support for not just women, but their families.

“It’s not just the treatment, those who have a recurrence, advanced cases or those who need palliative care.

“It can impact on families, both on earning an income and on their wellbeing.”

The McGrath Foundation’s second initiative is to increase breast awareness in young women, and Marg said Cherie was instrumental in forming the Young Blossoms support group, which provides support for newly diagnosed women throughout the experience.

“Cherie has been a prime mover in raising awareness because she has experienced it first hand and a front-runner with Pink Stumps with a willing and supportive team,” Marg said.

The Maffra players have been asked to take a pink themed afternoon tea to share on the day. Following the day’s matches, the club will host a dinner and auction of the pink gear as well as many other items, including a cricket bat signed by the Melbourne Renegades team and a signed Port Adelaide guernsey.

On Sunday from 12.30pm, the Maffra Cricket Club will take on the Australian Fresh Salads team for the Kale Cup.