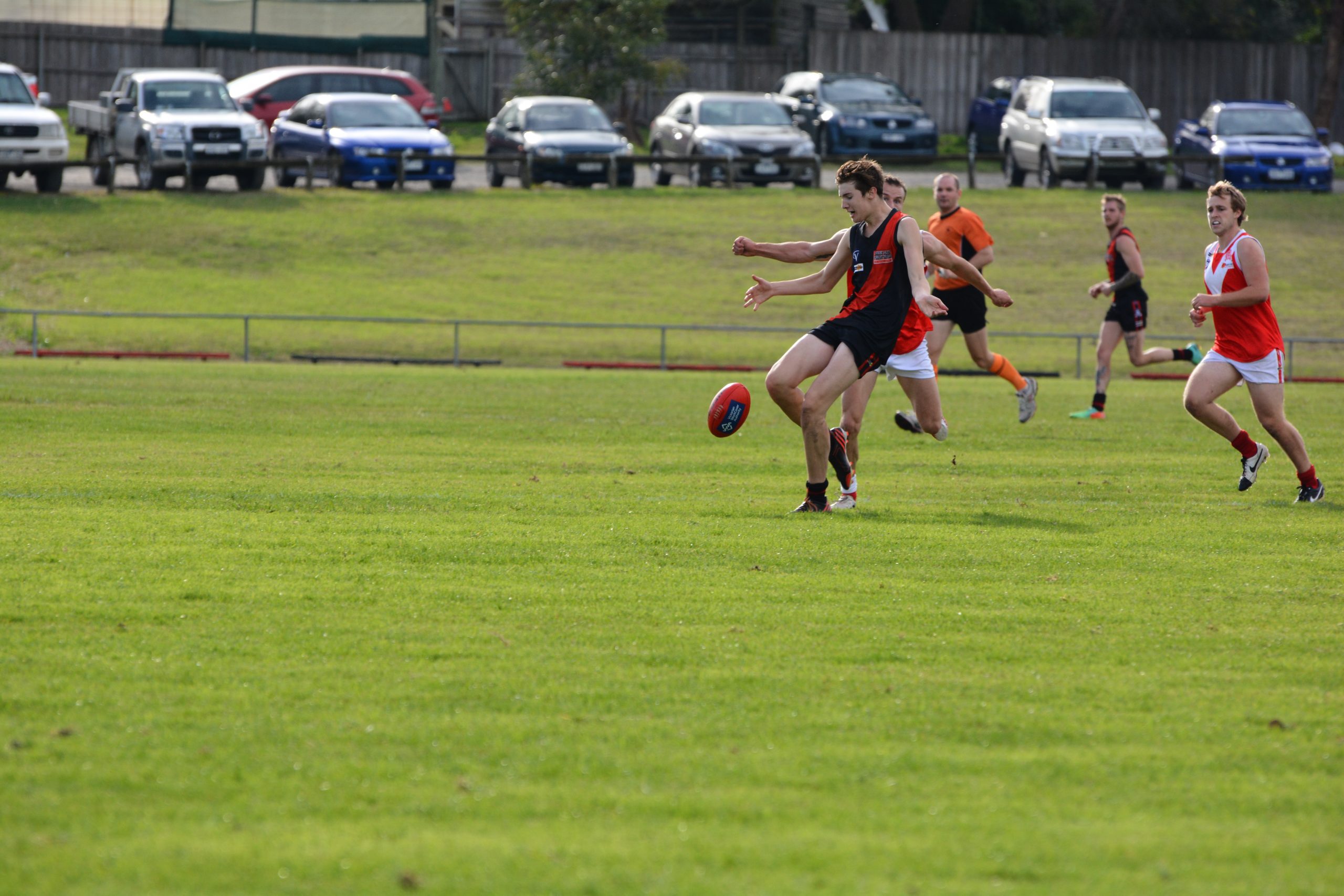 NORTH Gippsland football’s top two sides will be put to the test on Saturday when they meet formidable opponents under lights.

The rest of the round will be played on Sunday afternoon.

ROSEDALE and TTU will renew the Anzac Day clash which began eight seasons ago with the Traralgon and Rosedale RSLs involved.

While happy with the Blues’ efforts in their 193-point thrashing of Woodside, coach Ben Macreadie was realistic of the challenge the second-placed Bombers posed.

“We will be expecting a fierce contest from a much improved TTU who are playing excellent footy at the moment,” he said.

“The opening two rounds have shown us that our good footy can match it. As a football team we are always working on the way we want to play and becoming familiar and predictable to one another’s game style.”

With the Blues boasting 15 individual goal scorers in round two, seven of which scored multiple majors, the Bombers’ back six, led by Guy Sinclair, will need to be on their toes. But it just won’t be the back line that will be stretched, the Blues’ engine room last Saturday dominating the centre clearances to spear the ball into tall forwards Brad Caldwell and Jeremy Reid along with flighty Brad Scott, who proves most weeks to be a difficult match-up.

While the Blues’ running brigade will prove hard to shut down, Macreadie will be well aware TTU’s classy midfield, led by Brian Graham and Haydn Hector, can spark the Bombers.

Coming into the contest on the back of a physical encounter against Yarram, the Bombers have been flying high under new coach Jay Neagle and will be eager to post their third straight win.

The match is scheduled to begin at 4.45pm.

SALE City will be out to avenge its loss in last year’s preliminary final when it heads to Churchill.

After winning their opening two games, the Bulldogs have shown they will again be a formidable opponent this year.

Last weekend the Bulldogs thumped Glengarry at home by 163 points.

Saturday night’s match will not only provide Churchill’s coaching panel with an indication as to just where the reigning premiers are at, but allow City coach Hayden Burgiel to test out his game structures against one of the competition’s best teams.

The Cougars came away with the four points to open their season account with a solid hit out against a dogged Cowwarr.

The match, beginning at 6.45pm, will be the Cougars’ first home game under lights.

COWWARR and Heyfield will play for the Hollands-Komen Cup on Sunday.

Aiming to stay within reach of the top two, the going won’t get much tougher for the Saints as they host one of last year’s grand finalists for the second week in a row.

Dropping the four points in a classic tussle against Churchill, the Saints are renowned for their hard and physical contests and will force the Kangaroos to work hard.

Tested by Gormandale in round two, Heyfield remains one of three undefeated sides and will be out to continue that trend against Cowwarr.

FOLLOWING a gutsy performance in its loss to TTU, Yarram will return home to meet Gormandale.

The Tigers bounced back from a disappointing round one showing to pull together an honourable performance against Heyfield.

The Tigers will need to take that same intensity and focus on the road for a tough assignment against a rebounding Yarram.

Gormandale will need to counteract the Demons’ many avenues to goal, break down their tough defence and also halt the flow of their damaging running midfield.

The Tigers’ back six will be stretched, however the visitors will be hopeful for a strong performance from their forwards as they aim to seal a first win and cause one of the upsets of the season.

GLENGARRY and Woodside, which sit alongside one another at the bottom of the ladder, will be hopeful of providing their first year coaches with an opening win of the season.

It was a tough week for both playing coaches with their sides feeling the full brunt of the competition’s best as they proved little match.