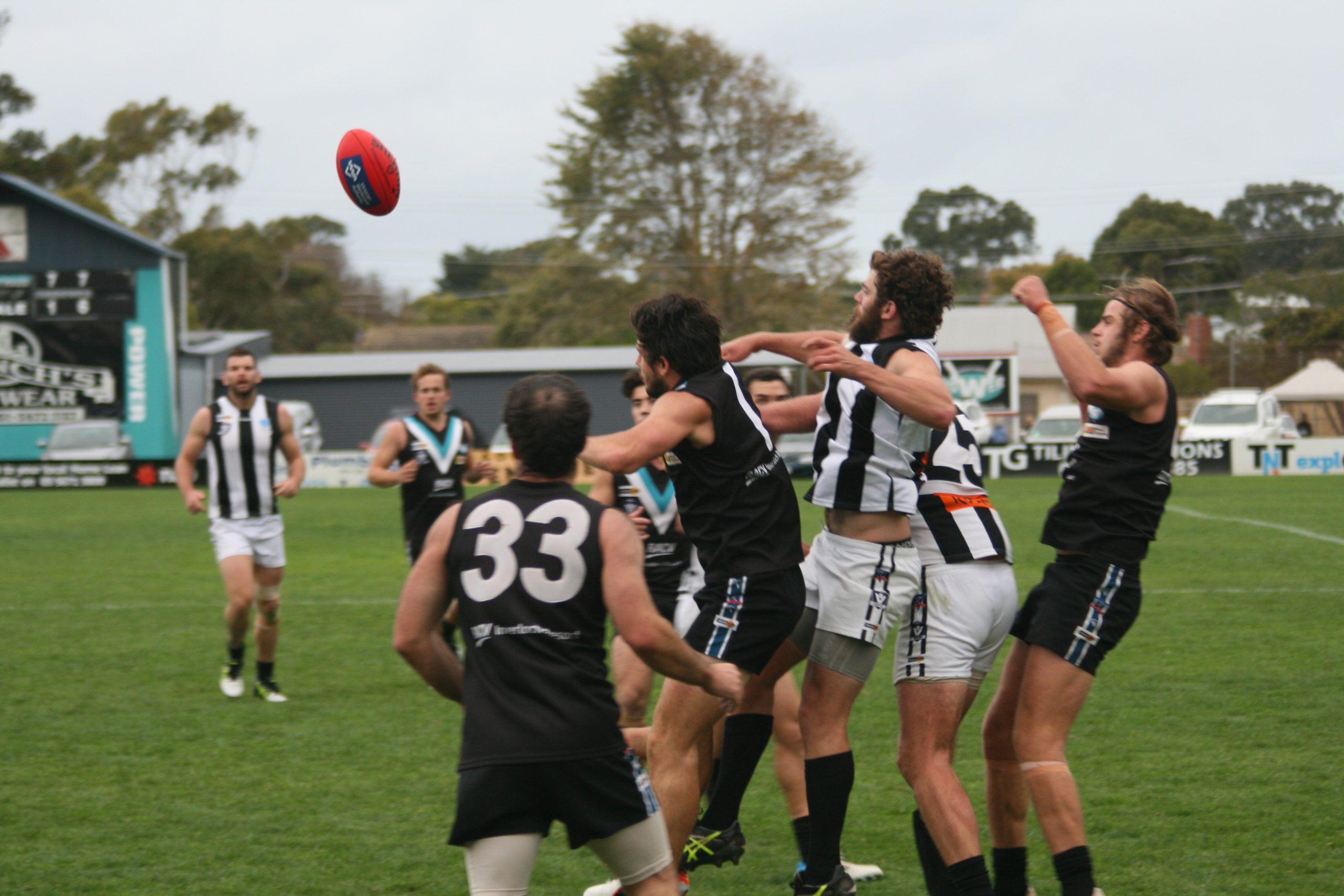 FOR Sale, Saturday’s home game against Traralgon could have repercussions on its hopes of making the Gippsland League football finals.

With one win from three matches, all against fellow 2014 top four finishers, the Magpies are in danger of losing touch with the top sides. They will face a Traralgon side coming off two victories.

With the teams appearing evenly match, they could be battling for finals places at the end of the season.

Considering Traralgon missed the finals last year by a win and a half, its two loses to Sale could have been the difference.

In round one, the Maroons led at each break, only to lose by 21 points. At Traralgon, the home side led at half-time only to go goal-less in the third term and lose by nine points.

Last Sunday, the Maroons ended Drouin’s unbeaten start to the season with a 70-point win. The Maroons dominated in defence to lead at every change and move into the top five.

That was an important result, considering the questions over Traralgon’s finals credentials during the off-season.

Tim Northe returned to the Maroons side and provided great run and accurate kicking. Northe worked well in the midfield alongside Josh Jennings and Mark Collison.

Coming off victory against Morwell, Sale was last weekend outclassed at Wonthaggi.

It was a tight tussle in the first half, but the Power was able to kick away, turning a 12-point half-time lead into a 32-point buffer by three-quarter-time. The home side went on to win by 46.

The Magpies wasted goal scoring opportunities in the second term, kicking only six behinds. Not too many sides win games of football by kicking three goals, which Sale did.

Injuries to Chris Laverty and Justin McLay have compounded problems for Sale coach Travis Ronaldson as he seeks consistency from the side.

The Magpies have won their past six matches against the Maroons.

Saturday’s match will be the 150th meeting between the clubs since the formation of the Latrobe Valley Football League, forerunner to the Gippsland League, in 1954.

MAFFRA will expect a closer contest against Drouin than in recent years.

The Hawks are a better side this year with the return of several players involved in their successive grand final appearances in 2010 and 2011.

With the Hawks’ improvement, Saturday’s match at Drouin could go a long way in determining the make-up of the finals.

Maffra tasted defeat for the first time this season against an in form Leongatha.

With the muddy conditions at Maffra on Saturday night, it was difficult to get an accurate gauge on either side.

The Eagles had enough of the ball for three quarters to trouble the Parrots on the scoreboard, but the visitors’ experience in the wet served them well in the 44-point win.

Following victory in its first two matches, Drouin came back to earth with a 70-point loss at Traralgon on Sunday.

While the Hawks found it hard to get through the Traralgon defence, Ben Hughes was still able to kick three goals.

Coach and ruckman Bob McCallum provides the Hawks with another tall forward option, which could test the Eagles.

WARRAGUL will head to Morwell having lost its past 14 meetings with the Tigers.

Both teams are rebuilding with the Gulls’ juniors beginning to step-up, while the Tigers lost a large proportion of their back-to-back premiership sides.

The Gulls’ improvement was highlighted by its 10-point loss at Bairnsdale on Saturday night.

After a tough week, which included the sacking of its coach, Morwell would have been relieved to have notched its first win of the season. The Tigers were too strong for Moe on Saturday.

The Lions are able to score rapidly if given the chance, but need to string that together over four quarters.

On Anzac Day, the Lions lost to Morwell by 57 points at home, venue for Saturday’s match.

The Power rebounded from its round two loss to Leongatha with victory over Sale. The Power proved too strong in the second half with its midfield and ruckman Earl Shaw controlling proceedings.

BAIRNSDALE faces a big ask if its to return from Leongatha with the four points.

Doubts have been raised over the Redlegs, who held off a determined Warragul to bring up its first win for 2015.

The Redlegs are in ninth position, with a percentage of 69.92, marginally better than the win-less Gulls.

The only unbeaten side remaining, Leongatha has been  impressive in its three wins.