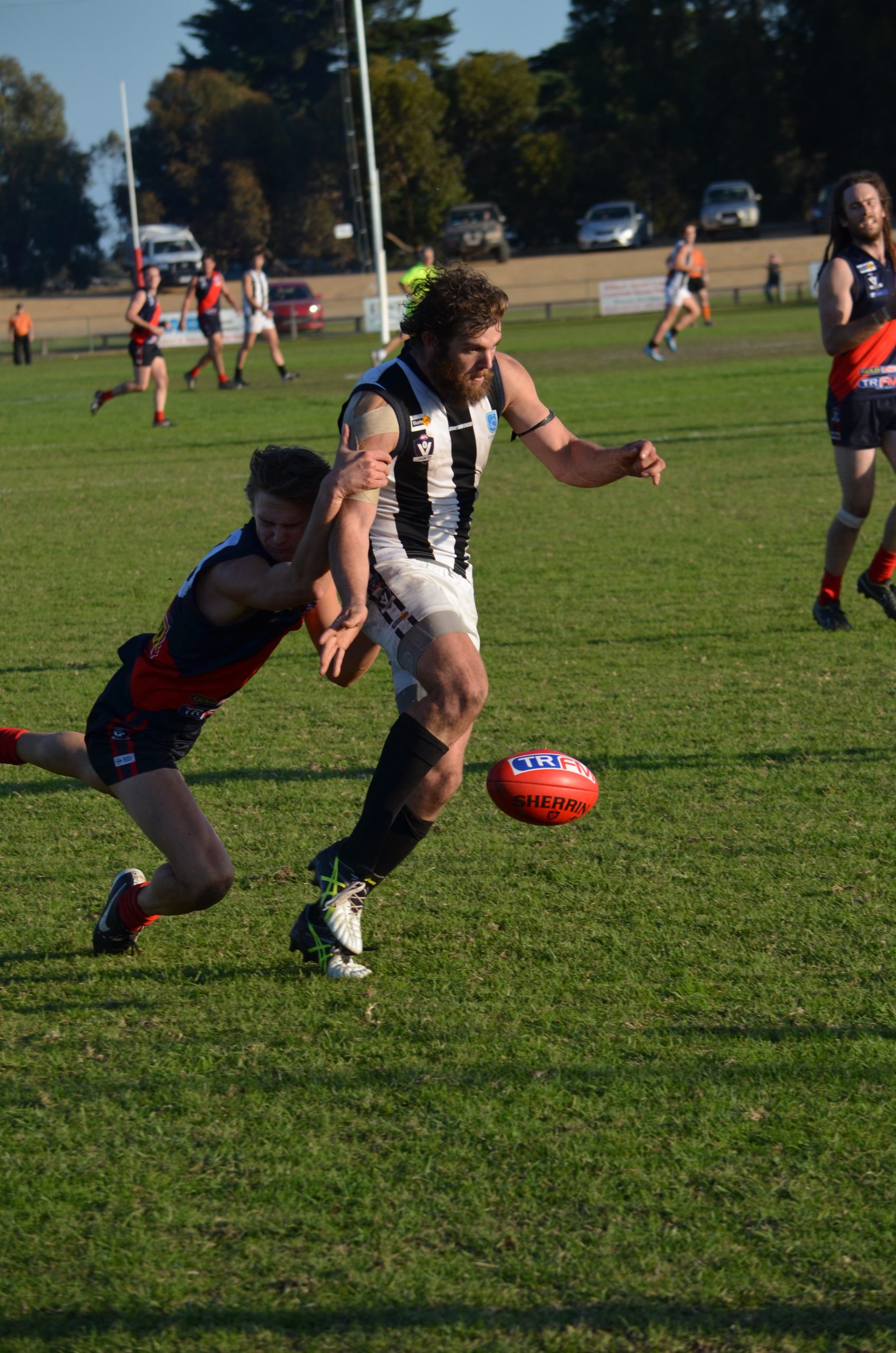 SALE won its first away match of the Gippsland League football season, overcoming a desperate Bairnsdale by 23 points.

In winning (107) to 12.12 (84), the Magpies kicked their highest score this season. It was their eighth win in the past nine occasions against Bairnsdale since the Redlegs returned to the Gippsland League in 2011.

The result probably put an end to Bairnsdale’s finals chances for 2015, having only one win on the board after six rounds.

At different times, the home side threatened to take control only to find the visitors had all the answers.

With a superior workrate and better use of the ball, the Magpies broke away in the second half.

In a hard fought contest which had plenty of physical clashes, it was up to Sale’s experienced players to stand up as their smaller bodied teammates were finding senior football a tough gig.

With its season on the line, Bairnsdale got off to a good start with three quick first quarter goals.

The Redlegs took up a lot of energy by using the wide open spaces, whereas the Magpies chose a more direct approach to goal attacking through the corridor.

Overall, the visitors were more effective with high marking key forwards John Gooch and Rhys Carter, kicking 8.6 between them.

At the other end, James Gibbs played a solo hand for Bairnsdale with a fine display of strong marking and kicking five goals. Gibbs needed more support.

After an even first half, the difference was just eight points in Sale’s favour. But for inaccurate kicking the Magpies should have been further ahead they had plenty of chances and missed easy goals, kicking 7.10 before the main break.

In the second half, the Redlegs came out full of running but could make little impact on the scoreboard as they found the Magpie defence hard to crack.

The Magpies added four more goals to one in the third quarter to increase their lead to 23 points, a lead they held until the final siren.

Kane Martin and Tom Hams showed their class and gave the Magpie midfield the upper hand.

Sale ruckman Jack Lipman was too tall for his opponent and won most of the hit-outs.

Apart from Gibbs, Bairnsdale was well served by Luke Dyer and the Waddell brothers, Brett and Jason. Onballer Tomm Bryan never stopped trying all day, but other good Redleg contributors were hard to find.