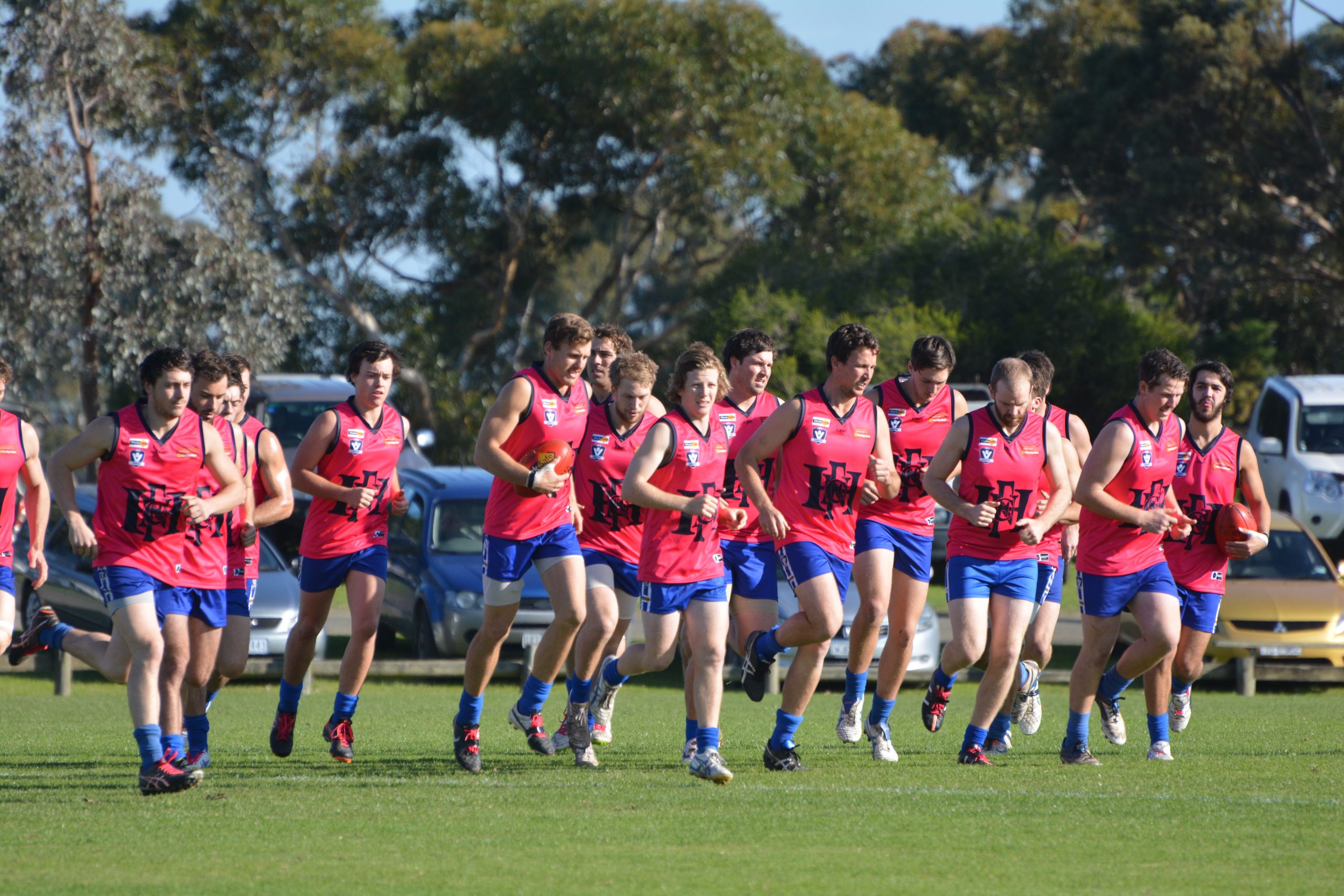 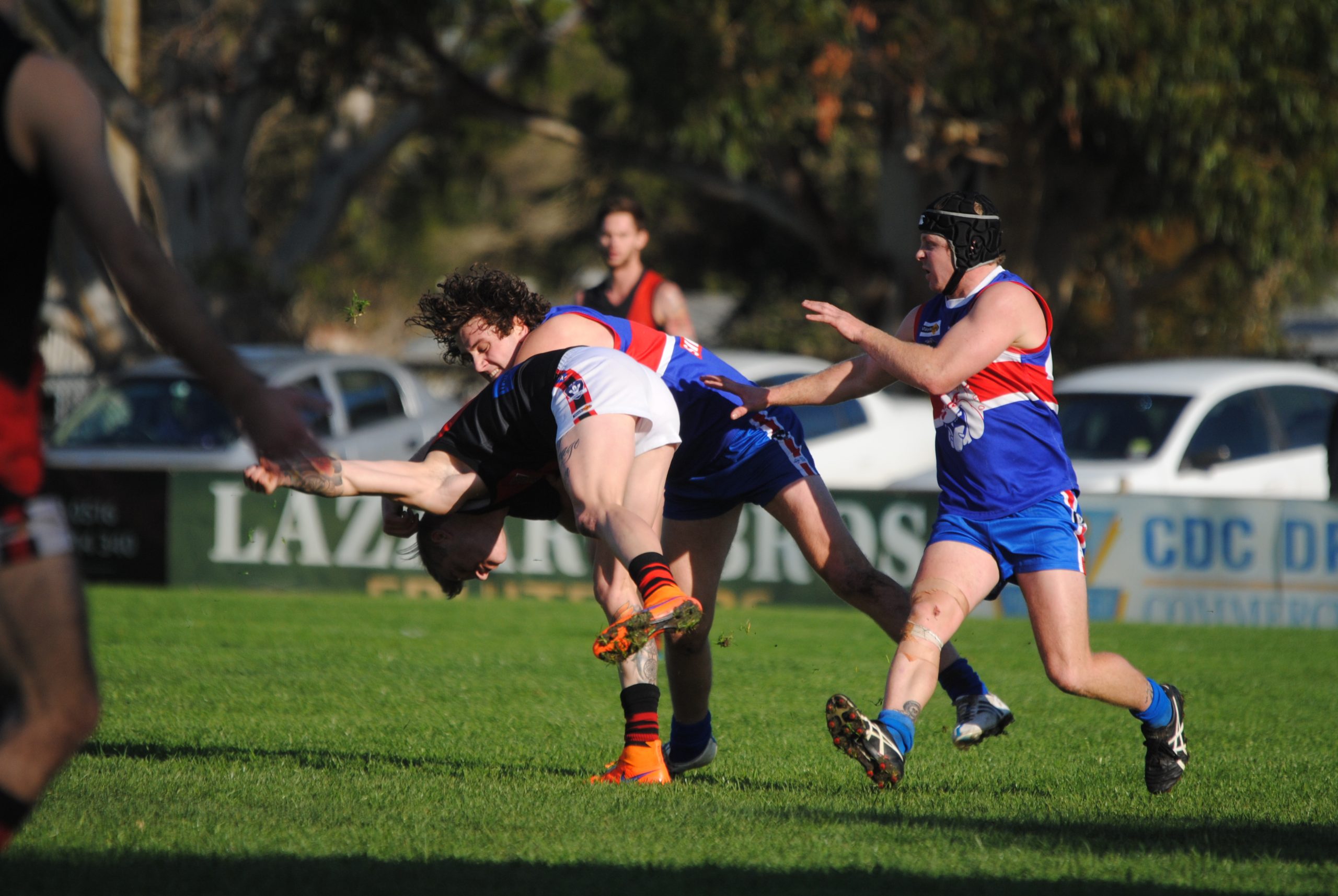 LEIGH Brown was the architect in the forward line as he booted eight majors as Heyfield went pink in the Footprints Foundation awareness clash.

Taking to the field in a bright pink strip for the North Gippsland football match, Brown was part of a multi-pronged attack which troubled Woodside’s defence.

The tall forward line of Jesse Jackway (three goals) and Jesse Bedggood (two) caused headaches for the Wildcats’ back six who toiled hard to keep the Kangaroos’ score to a minimum. However, the home side was too strong, winning 18.13 (121) to 11.10 (76).

The Kangaroos stamped their authority with a 10-goal to three first half.

The Wildcats proved no match for the rampant home side, which was led from defence by best-on-ground Scott Anderson. The ever reliable defender led the rebound from half back into the potent forward line.

Keegan Dingo, Ryan Foat, Tom Love and Shane Kilgower were the pick of the players for the Wildcats.

LADDER leader Sale City kicked away from Traralgon-Tyers United to win by 36 points.

At Stephenson Park, a depleted Bombers line-up kept within arm’s reach of the Bulldogs during the first half, trailing by a goal at the main break.

The Bulldogs’ charge in the second half was led by captain Matt Lutze in the ruck, ball winner David Piasente and defenders Tim DiMarco and Ben Chivers, who played a lead role in shutting down the Bombers’ avenue to goal.

For the victors, the goals came through Lutze, Piasente and Harrison Kaandorp, while Chase Saunders and Lachlan White booted two apiece for the Bombers.