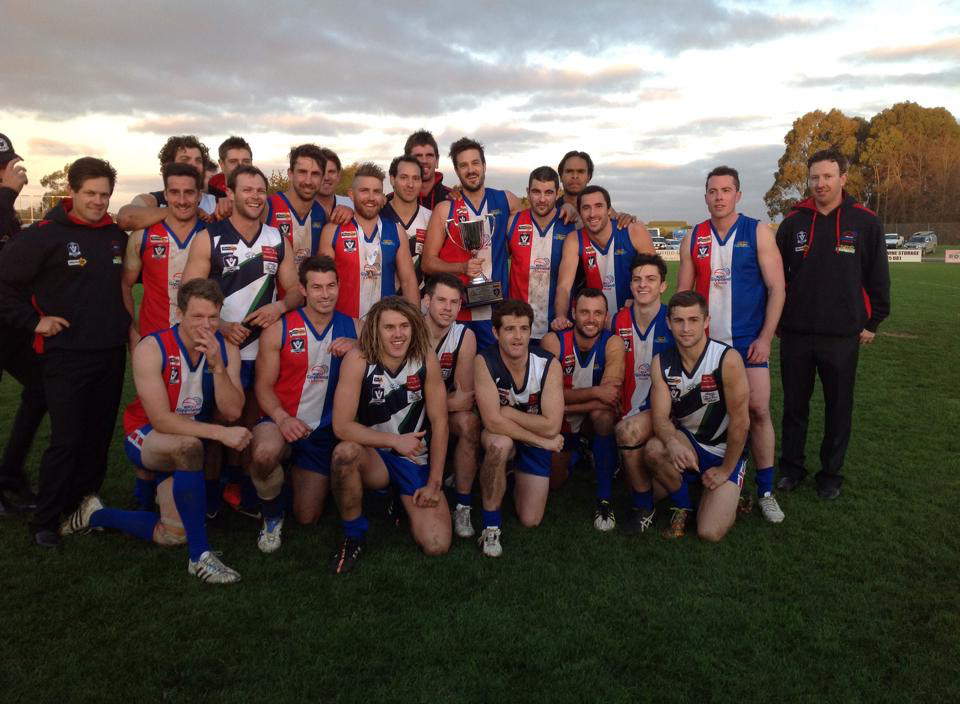 THE Gippsland League officially launched its campaign to climb back up the AFL Victoria Country Championships ladder on the weekend.

Steve Hazelman’s side defeated the Yarra Valley-Mountain District Football-Netball League by 71 points at Drouin on Saturday to return to eighth on the championship rankings.

The all-star team was slow off the mark, with Traralgon coach Mark Collison opening Gippsland’s tally after four minutes.

The home team managed just one more major in an inaccurate opening term, which saw it take an 11-point lead into quarter-time.

“Twelve entries to one and we have kicked two goals, it’s not good enough, is it? We need to convert better than that,” coach Hazelman said.

“We have had a good start. Let’s put some scoreboard pressure on. Let’s run them off their feet and get some clean entries.”

Gippsland had the upper hand early in the second, before the visitor levelled the contest, to be within 10 points at half-time.

“We have got to make sure we get off to a good start. Don’t panic, (go) down the line, reset and go again,” Hazelman said during his half-time address.

“We have had most of the footy, we just have to capitalize.”

Gippsland was two players down heading into the second half, with Jack Lipman (kidney) joining Sale teammate Jordan Dessent (hamstring) on the sidelines.

“We are a couple down, it’s a big ground here (and) we need to make sure this second half we don’t give them a sniff,” Hazelman said.

Gippsland was able to open the game up in the third term and took a 31-point lead at the final break.

“It was a bit of a struggle in the first half, (Yarra Valley) put numbers behind the footy and tried to clog us up, but I thought the guys really worked hard and in the second half we were able to open the game up and have a win,” Hazelman said post-match.

“We had the majority of the play, it was just about trying to get the game on our terms a bit.”

Drouin’s Daniel Nicholls was awarded the medal for best-on-ground.

“It’s always good to play these games (with) the best of the best  players,” Nicholls said.

Nicholls was one of four Hawks in the line-up, all of which played their part.

Captaining the league for the first time, McCallum was also named among the best and finished with two goals.

“I’m pretty happy with the performance. It’s pretty tough coming together at short notice, but I thought we did well,” McCallum said.

“At a couple of points I saw the Drouin boys link up coming out of the back line and do exactly what we do at training, so it’s good to see they listen.”

Other stand-outs for the home side were Collison, Michael Stockdale and late inclusions Luke Dyer and Kane Martin.

Big forward Scott Dwyer was awarded the AFL Victoria Country Medal as Yarra Valley’s best. Gippsland now has a date with the Bendigo league in next year’s clash between seventh and eighth on the interleague rankings.

It will be the fourth time in seven years the leagues will meet.

“We’ve been there before, we just need to go up there and try and win now,” Hazelman said.

Hazelman has signed as coach for two years.

GIPPSLAND also tasted success in two of the day’s three other matches.

Morwell’s Riley Hogarth was awarded the best-on-ground medal in Gippsland’s 28-point win in the under 18 football, while Kasey Guttridge was best-on-court in the 17-and-under netball team’s 41-35 win.

Gippsland was unable to record a clean sweep, with the league’s Regional State League Champions Challenge-winning open netball team falling to a classy Yarra Valley side 63-38.