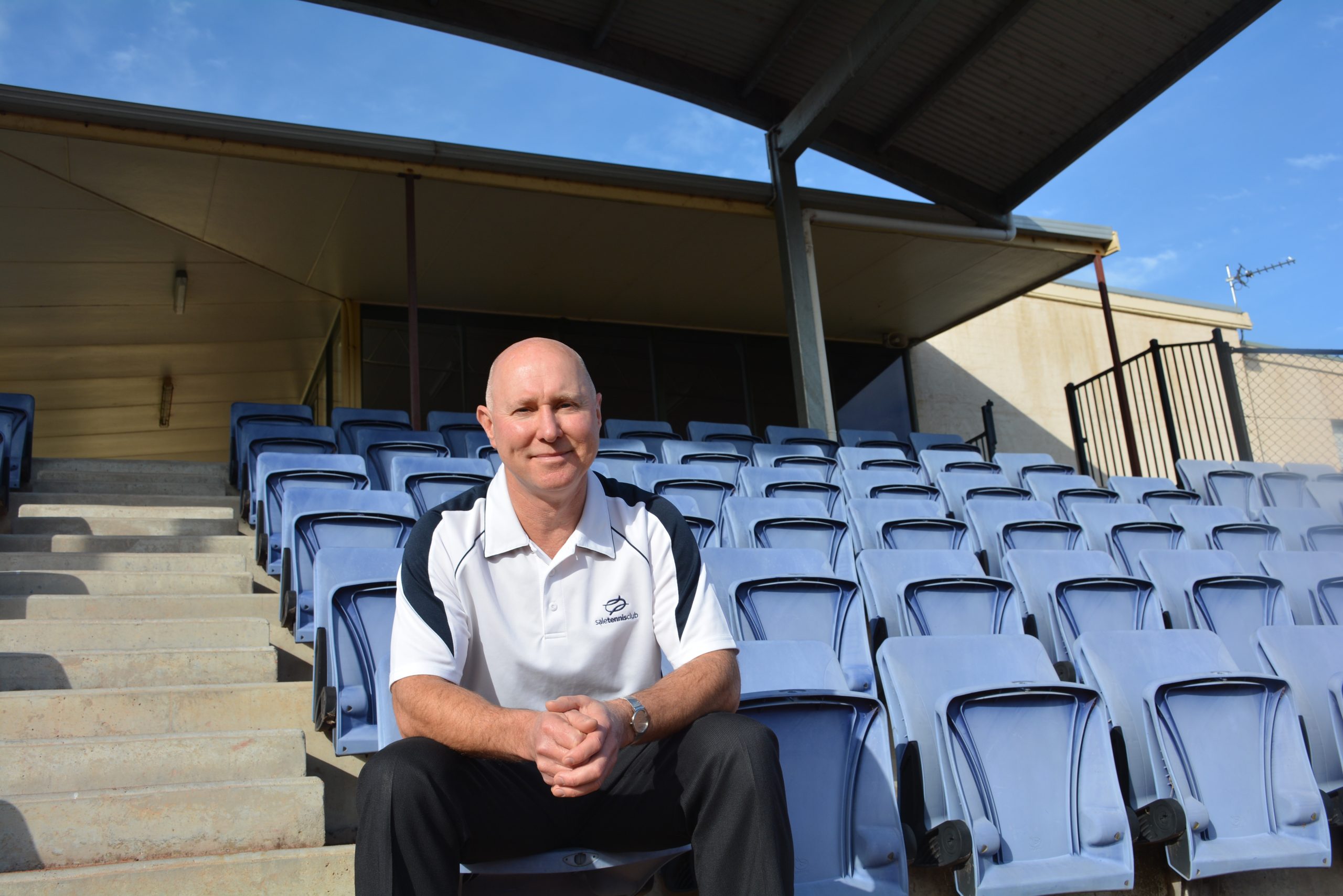 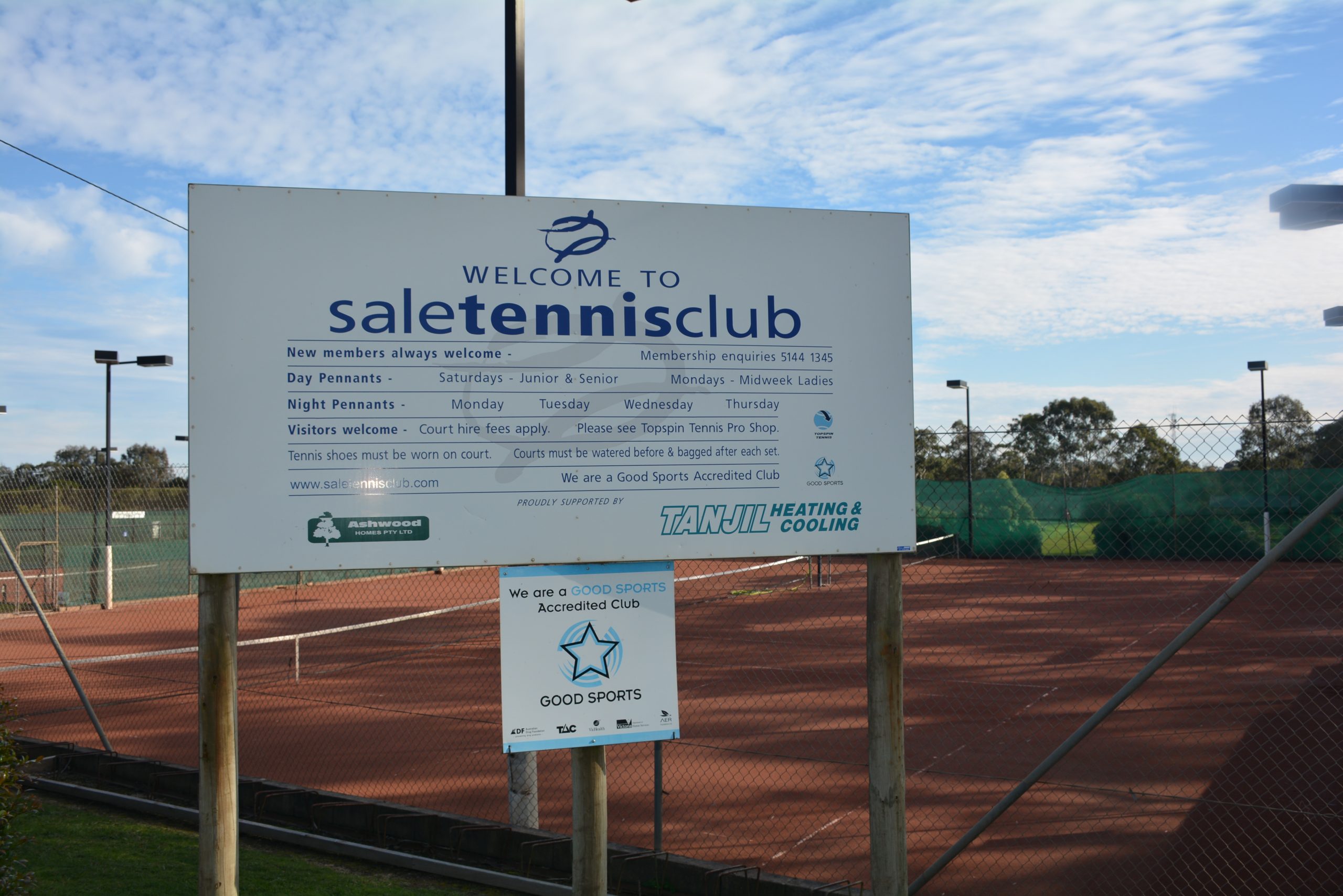 THROUGH drought, dwindling participation and the financial pressures which have crippled many Australian tennis clubs during the last decade, Sale Tennis Club has bucked the trend.

An increase in court lighting to cover all 14 surfaces, the introduction of a show court with spectacular grandstand and playing host to ATP Futures tournaments has made it the envy of many sporting clubs.

The growth and development of the venue has been overseen since 2002 by Robin Lowe, the club’s president. The many improvements at the venue over recent years have been recognised by Tennis Victoria, with both the tennis club and the man at the helm recently nominated for prestigious awards.

Sale Tennis Club is in line to be named the most outstanding club, centre or association in the state, while Lowe has been nominated in the volunteer achievement category.

It’s an achievement which Lowe said was recognition for the hard work done by those within the club.

“I think it’s terrific recognition for volunteers, we’re a fully volunteer club as most sporting clubs in country areas are, but it’s just good recognition for the volunteer effort that goes into these things,” he said.

The club currently has around 240 members, of which about 75 are juniors. Lowe said it was aware of its role as being more than just a place for people to play tennis.

“It’s a meeting point, so tennis is almost as important to social activities as it is to competitive sport,” he said.

“Ours is a meeting place for all of those 240 odd members throughout the year. It runs all year, so it doesn’t have an on season or an off season so it consistently provides that meeting place and that social thing, while it’s also great in terms of competitive sport.”

The club was encouraged to nominate for the awards by local community tennis officer David Price, after being identified for the great work it’s doing within the community.

Over recent years the club has worked closely with the Good Sports program to focus on health and wellbeing, while also participating in a number of Tennis Victoria initiatives such as Hot Shots, Fast 4 Tennis and the National Schools partnership program.

Nominated for most outstanding club alongside Sale are Berwick, Mt Eliza and Waverley.

While being nominated as a finalist for the club of the year award was a great honour, a total surprise came in the form of the individual nomination for Lowe.

“I actually wasn’t aware that I’d been nominated, David Price, our community tennis officer, organised that nomination and did that so it was a bit of a surprise,” he said.

“I’m delighted. When it came through and they said, ‘oh, you’ve actually got two nominations’ I thought, ‘how could that be?’, but it was nice.”

After a stint in the early-90s, Lowe returned to the role of president in 2002. His long term involvement with the club has been throughout a period of great development and progress, something he believed must continue if it was to forge ahead in an era where many sporting clubs are struggling.

“Certainly over that time (the past 13 years) we’ve gone from having maybe six lit courts, to now having all 14 lit,” Lowe said.

“Show courts, grandstands, upgrades, kitchens, toilets, that sort of thing have all been done. It has been an area of constant development, but I think it’s one of those things where if you’re not going forward you’re going backwards in terms of facilities. It all gets very tired very quickly, so you have to create a bit of excitement about it otherwise people drift away.”

The next steps forward for the tennis club are already in the pipeline, with a $3 million redevelopment of the entire complex in the preliminary planning stage. Building additional show courts to restore Sale’s capacity to hold international tournaments is a major part of the plan, however Lowe said many “big challenges” lay ahead of the club before it reached that milestone.

While there are many long term visions for the Sale Tennis Club, in the short term they are hoping to reap the rewards of their work by taking out both available awards at Tennis Victoria’s night of nights.