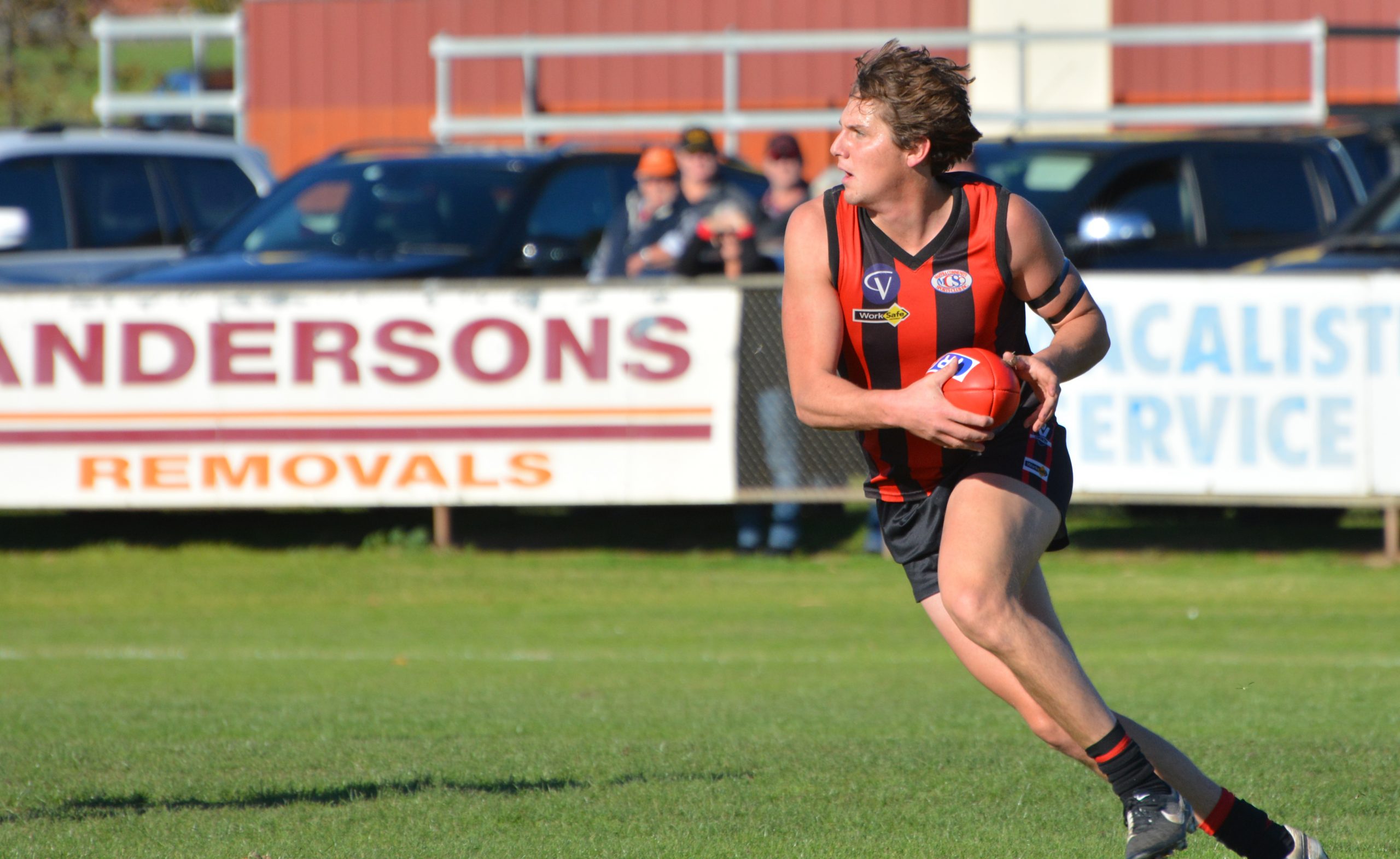 MAFFRA withstood a strong challenge from Traralgon to win by four points and move into second place on the Gippsland League football ladder.

During the first quarter, the Eagles kicked 5.5 (35) and kept the Maroons score-less, but the visitors fought back.

Welcoming Danny Butcher back into the side from injury, the Eagles also unveiled recruits Trent Knobel and Jake Roe-Duggan.

Winston Gieschen and Kel Porter were solid around ground, Michael Coleman provided good run along the wing, while Dan O’Brien and Jacob Heavyside provided a good link between the midfield and attack.

Andrew Petrou was prominent in the forward line and stood up in the final quarter, finishing with three goals. Sheen also kicked three goals, with two of those coming during the Eagles’ strong first term.

As the quarter-by-quarter scores would suggest, the Eagles played their best football in the first term.

The Eagles were running well with the ball and not giving the Maroons much room when they had it.

Trailing by 35 points at quarter-time, the Maroons reduced the deficit to 11 by the long break, but lost Jordan Symons to knee injury, Josh Jennings back and Michael Stockdale ankle.

The Eagles just had the better of the third term, extending their lead to 14 by the final change of ends.

A goal from Petrou in the opening minutes of the final term appeared to have settled the home side, by the Maroons responded with two quick goals to cut the margin to eight points.

Petrou’s third goal for the match stretched the lead to 14, before the visitors missed good chances for goal.

Butcher was a major part of a Maffra drive out of defence which ended in a Roe-Duggan major.

Goals from Nick Quenault and Michael Jacobsen reduced to the margin to four points.

Looking to avoid a repeat of their one-point loss to Morwell three weeks earlier, the Eagles held strong in defence and were able to shut down the Maroons to hold on for victory.

Traralgon was well-served by coach Mark Collison on the ball, Adrian Slottje, who held Sheen well.

FOR the second successive round, Drouin defeated one of last year’s grand finalists.

The Power began well to lead by 28 points at quarter-time, but the home side worked its way back into the contest with the Hawks’ better accuracy in front of goal giving them victory.

MISSING some of its best, Leongatha recovered from an inaccurate and low scoring first term to beat Moe.

Leading by 31 points at quarter-time, the visitor allowed the Redlegs back into the contest in the second term before regaining control in the third.