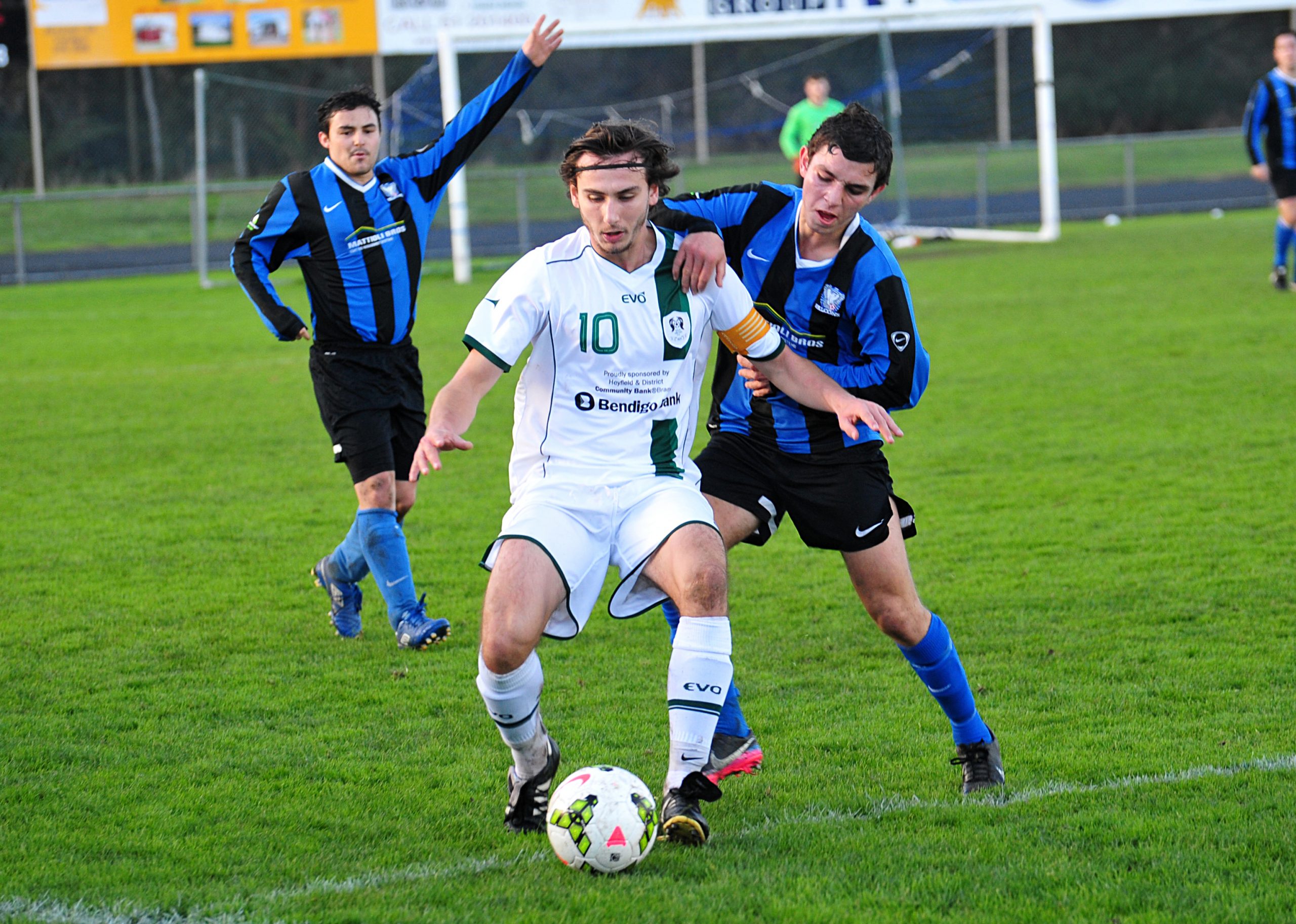 The Swans lost to ladder leader Falcons 2-1 in Morwell on Sunday.

With the loss, their first blemish of the season, the Swans are four points behind Falcons on the table, but have played one less match.

The first half was an even affair, but Falcons was forced to rethink its game plan when an injury to youngster Gianni Salvatore forced his substitution.

The reshuffle ultimately played a part in giving the home side a lead as Jordan Kennedy, moved from full-back to striker, made the most of a long ball from Nick D’Alessandro to side foot home late in the first half.

Falcons doubled its lead 11 seconds into the second half.

From the kick-off, a long ball from defence was collected by D’Alessandro, who astutely cut back for Jesse Kennedy to finish from close range.

The visitors continued to throw everything forward and eventually brought themselves back into the contest with a stunning long range goal from Tommy Nguyen.

With time ticking away the Falcons defence stood resolute and ensured the home side claimed all three points.

THIRD-placed Moe closed the gap to Sale to three points after defeating local rival Newborough-Yallourn United 2-1. Matt Shearing scored both of the Red Devils’ goals with Mark Fairbrother scoring for the Combine.

Fortuna moved past Newborough-Yallourn into fourth place with a 2-1 win over Churchill United. Bailey Mangano and Ivan Vekic scored for the Morwell side.

Traralgon City and Monash drew 2-2. The sides remain locked together on eight points.

With Monash equalising with 20 minutes remaining, City keeper Michael Bloss ensured his side had a share of the points, making two good saves late.

With its 3-1 win at home against Trafalgar Victory, Tyers moved into seventh place. Jake Budija continued his fine scoring form, finding the back of net twice.

Morwell Pegasus had the bye.

THE premiership season will take a break this weekend as the GSL’s cup competitions resume.

In the senior Battle of Britain Cup this Sunday, Sale will host Fortuna, Newborough-Yallourn will travel to Churchill, Falcons will welcome Monash, and Moe will host Traralgon City.