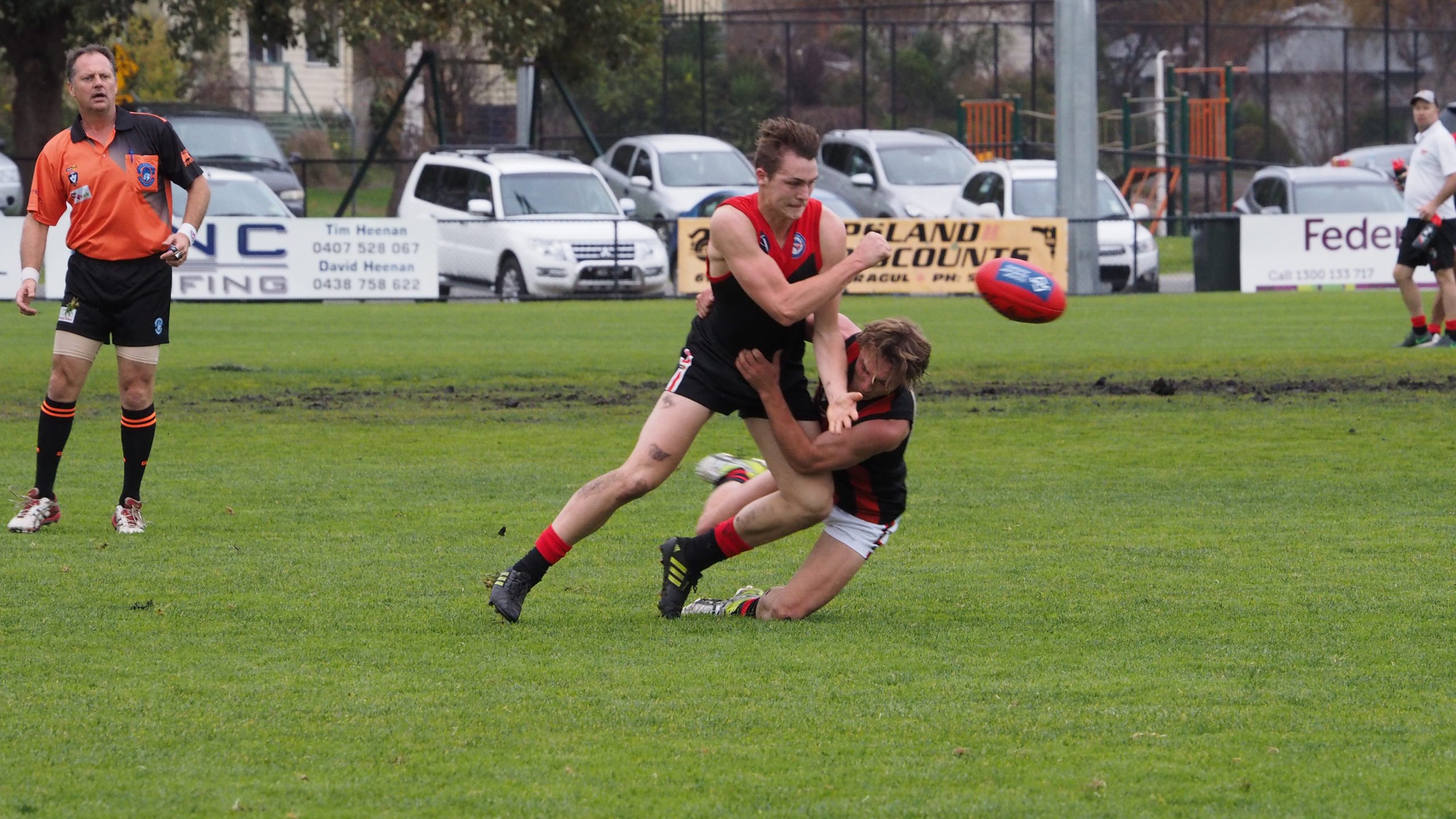 MAFFRA consolidated its hold on second position on the Gippsland League football ladder with a 126-point thumping of Warragul.

The visitors hit the front early with a seven-goal to two opening term.

They then led by 59 points at half-time and 75 at three-quarter-time, before completing the rout with a dominant 10-goal final term.

Holding their opponent goal-less, the Parrots stormed to a 41-point lead at quarter-time.

The Hawks managed to close the gap with a six-goal to three second quarter, reducing the deficit to 25 points by half-time.

FOUR goals from Troy Harley and three from best-on-ground Phillip Young helped Wonthaggi to a big win over Bairnsdale.

Bouncing back from last weekend’s disappointing one-point loss to Drouin, the Power surged to an early lead and never looked back.

Scores were level at three-quarter-time before the Maroons booted four answered goals in the final term.