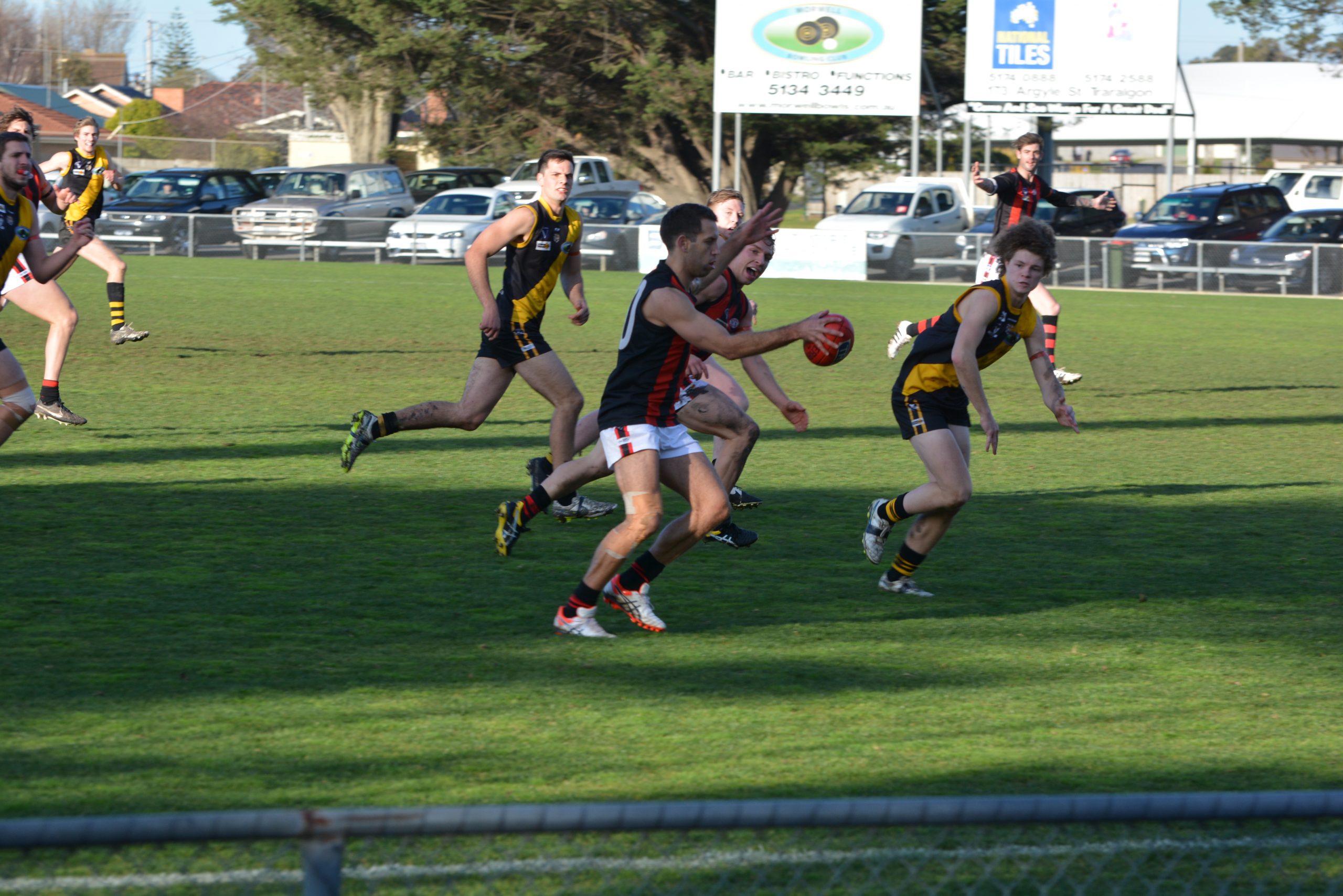 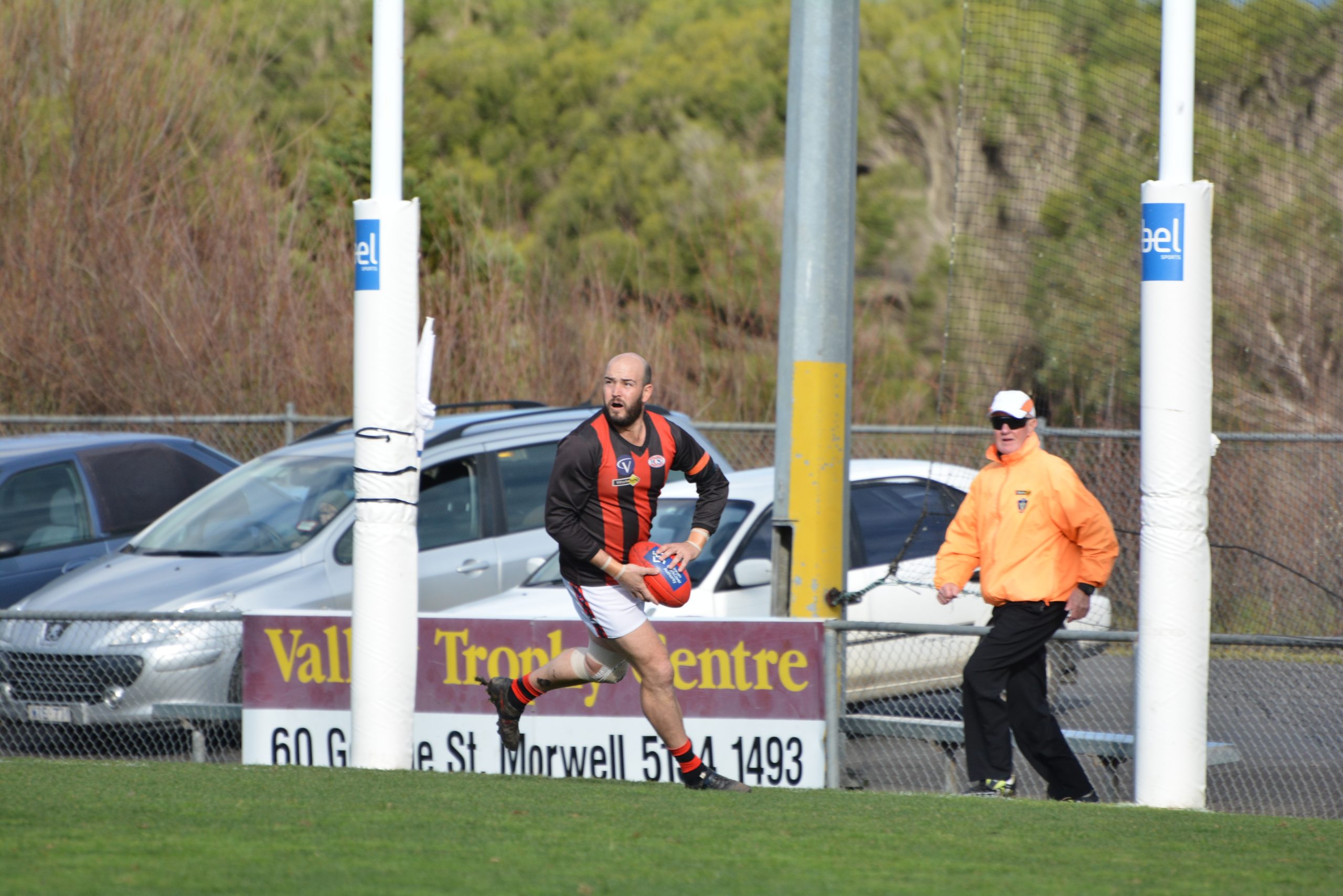 MAFFRA made amends for a shock loss to Morwell in round five, recording a 62-point win over the Tigers on Saturday.

The Eagles led from start to finish in the 16.9 (105) to 6.7 (43) win, dominating the reigning premiers for four quarters to maintain their hold on top spot on the Gippsland League ladder.

From the early stages of the match the signs were promising for Maffra, with Darren Sheen, returning from injury, registering their first score of the day within 23 seconds of the opening bounce.

Minutes later, Sheen had his first of three goals for the quarter and seven for the day, with the power forward highlighting how important his presence will be in the Eagles’ premiership aspirations.

Kicking to the Princes Freeway end, Maffra’s four goals to two first quarter set the tone for the match, with 16 of the 22 goals for the day being kicked in that direction.

The Tigers began the second quarter looking to make the most of the advantages provided at that end, with an obvious lift in intensity leading them to dominate possession throughout the first 15 minutes of the term.

However, despite repeated attempts, the Tigers fell down time and time again across half-forward, largely because of the efforts of Maffra defender Ben Batalha, who took a number of crucial intercept marks and stopped many an attack on the last line of defence.

Although they were on the back foot for much of the quarter, three goals during time on extended their lead to 28 points at the main break and from there the Eagles never looked back.

Harbouring serious premiership ambitions in 2015, the Eagles turned it on when it counted, kicking seven goals to one in the ‘premiership quarter’ to have the game in the bag by the final break.

Sheen kicked the first two goals of the term, with his second major coming with a long bomb from outside the 50 metre arc.

However, the highlight of the day came at the seven and a half minute mark of the term, when Gary Jones’ miraculously snapped a goal from the right hand pocket and managed to somehow squeeze the ball through the posts from an acute angle.

With the game all but over, the final quarter was played out with minimal fuss, with both teams kicking 2.2.

Midfielder Kelvin Porter ran riot through the middle of the ground all day, collecting well in excess of 30 disposals and setting up numerous forward forays throughout the afternoon to be named best on ground.

The win keeps Maffra on top of the league ahead of their clash with ninth-placed Moe during the second half of the split round on August 8.

With a top two position likely to be assured ahead of a final round trip to Wonthaggi, it will be interesting to see how coach Wayne Butcher plans to manage his side, in particular those senior players with niggling injuries, ahead of what will be a big finals series for the Eagles.