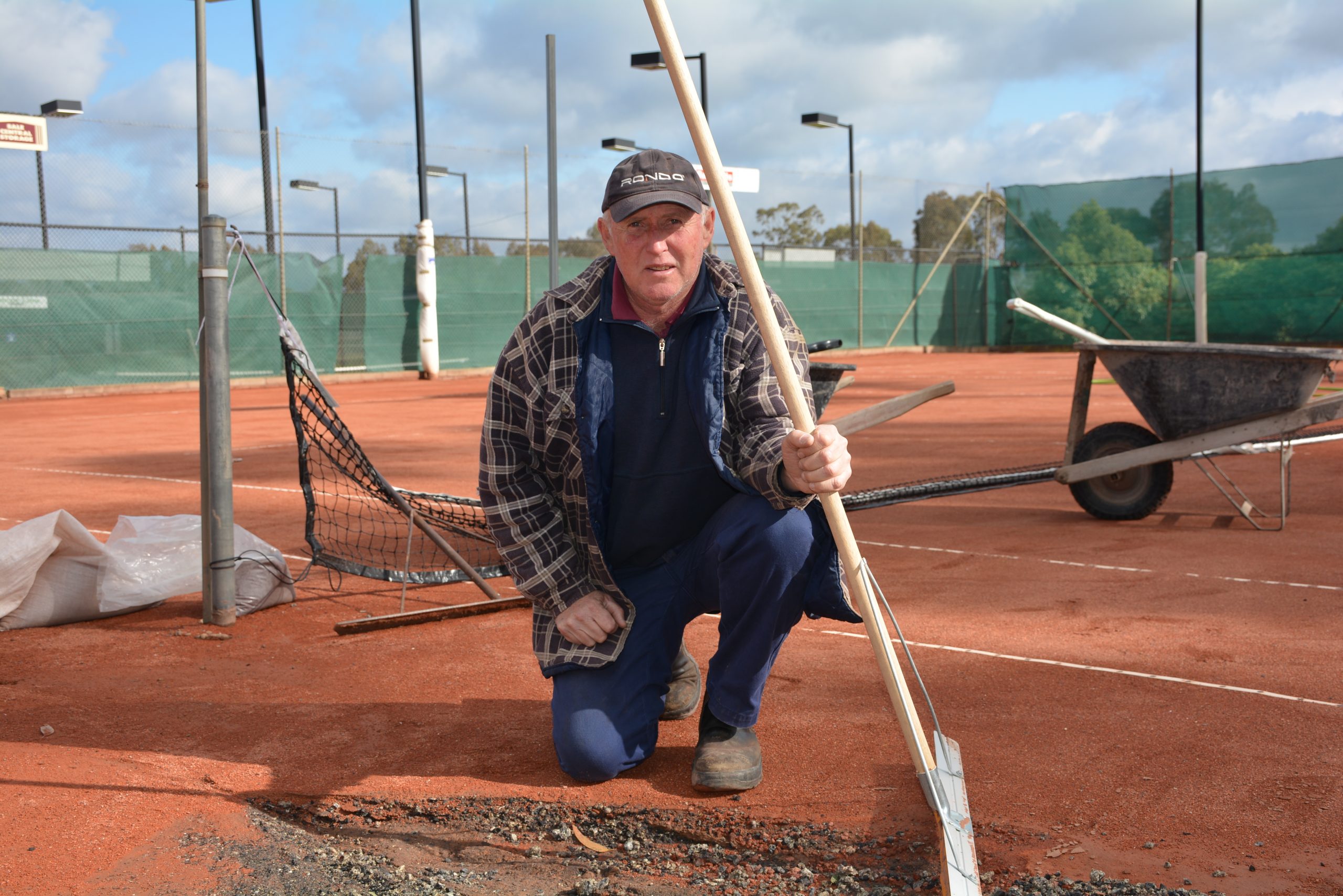 THE latest senseless vandalism attack on a local sporting complex has caused hundreds of dollars in damage and great inconvenience to local athletes.

Police are investigating a crime at Sale Tennis Club at the weekend in which vandals made their way on to the tennis courts, turned on a hose, used by players to dampen the En Tout Cas surface during matches, to full pressure and blasted two sizeable holes in the court.

“It’s a real inconvenience,” he said.

“We can repair the court, but it’s just the inconvenience for the work that needs to be done, for the hundreds of dollars in damage and the players not having the courts available for them.”

As the club’s curator for more than 30 years, this isn’t the first time Mr Carter has arrived at work to discover a vandal attack.

In April the tennis club was burgled, with vandals  also damaging the surface of the tennis courts.

The repercussions of the two holes carved into the surface of the courts during the most recent attack is a bitter pill to swallow for the club. It will be forced to fork out up to $600 to cover the damage, while continuous daily efforts will be needed to roll and repair the court surface.

This latest vandalism attack on a sporting facility comes weeks after hoons drove onto and dug up the grass surface of Sale Little Athletics Club.

Victoria Police Acting Sergeant Paul Johnston said the actions of a few individuals were frustrating for a much larger number in the community.

“Police are disappointed in the behaviour of some individuals that are damaging property provided for the community to use,” he said.

“Police are investigating the attack and we’re appealing for any help the public can provide to stop these vandals.”