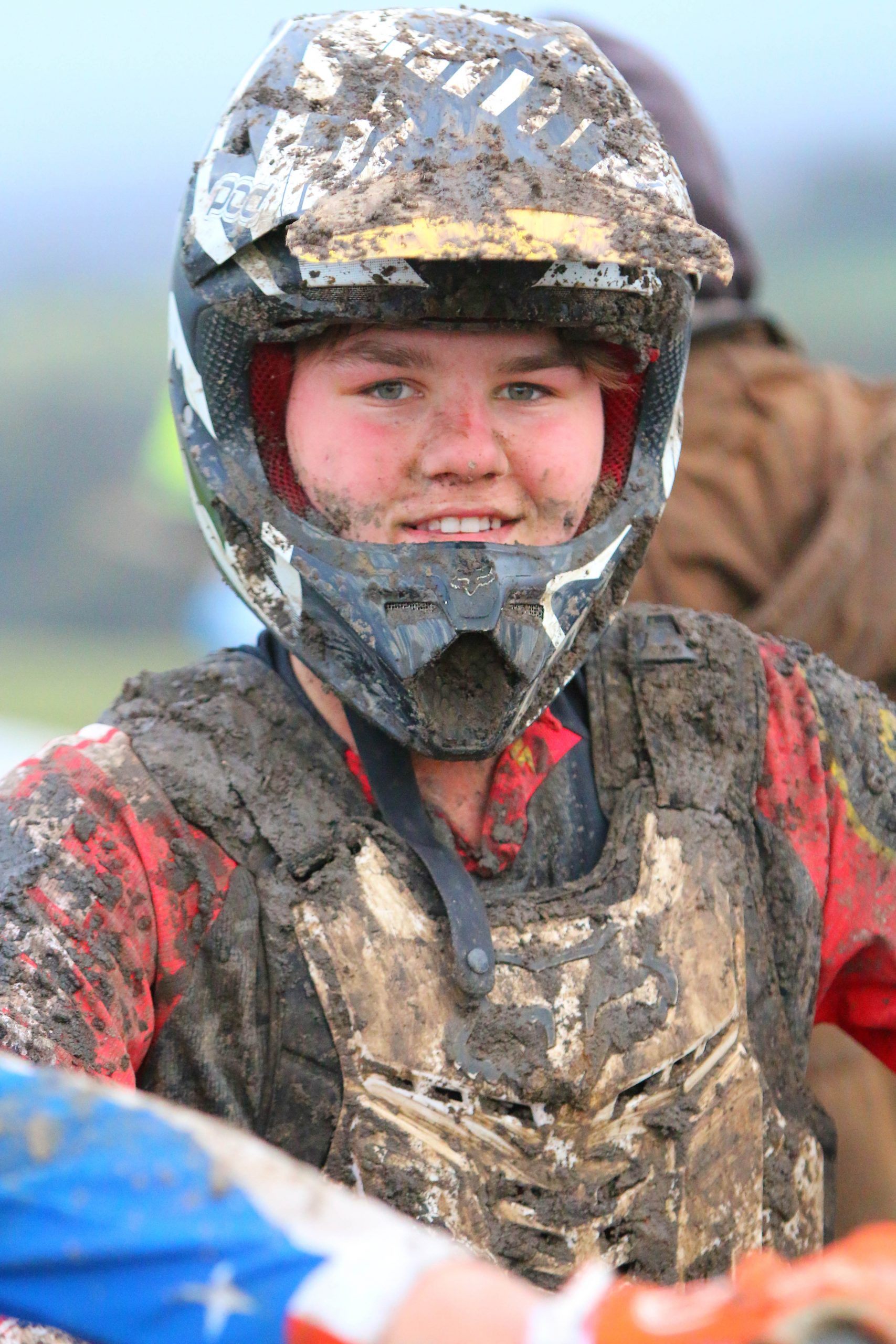 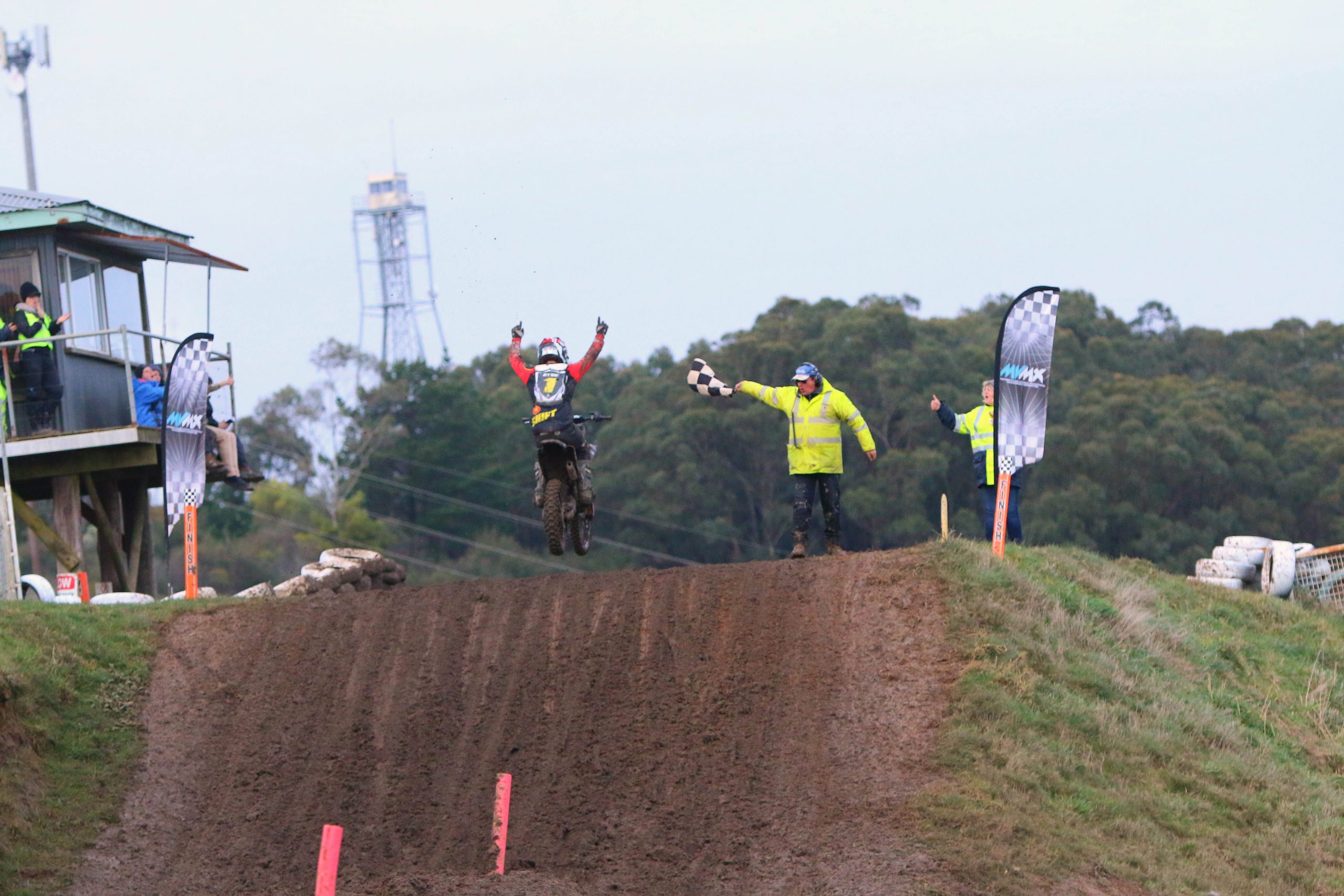 Cody had to contend with the mud on Saturday in the 125cc A grade open, but wasn’t fazed by it.

“The track was alright. It wasn’t too bad but it was really hard to pass other riders,” he said.

“Getting a good start was the key.

“In my first race on Saturday, I got the holeshot and was leading and had a bit of a crash and I think I was in second-place but I battled through the mud and got the moto win in that one.

“In the second race I was winning three laps in and I had a bit of a crash again, Callum Norton got around me, and we battled for a couple of laps. He made a little mistake and I got in front of him and just tried to put in some fast-laps and pulled away from him.”

Track conditions improved remarkably on Sunday when Cody competed in the 250cc A grade open class.

“The club worked pretty hard overnight to put the track back together. It formed some pretty deep ruts,” Cody said.

“In the first race, I didn’t get a good start and Wade got in front of me. We were battling for about half the moto, and he made a little mistake in one of the corners, and we drag-raced up the hill, and I pulled passed him and just tried to pull in front of him and ride my own race.

“I got the holeshot in the last two races, and just set down some fast laps, and got into a rhythm and it got going from there.”

Cody won all three of his 250cc A grade races.

“I’ll keep going forward and focus on the Aussie titles now,” he said.

“I’m hoping to successfully defend my 125cc title and win a 250cc title as well,” he said.

The Australian Junior Motocross Championships will be held in Bunbury, Western Australia from September 23 to October 3.