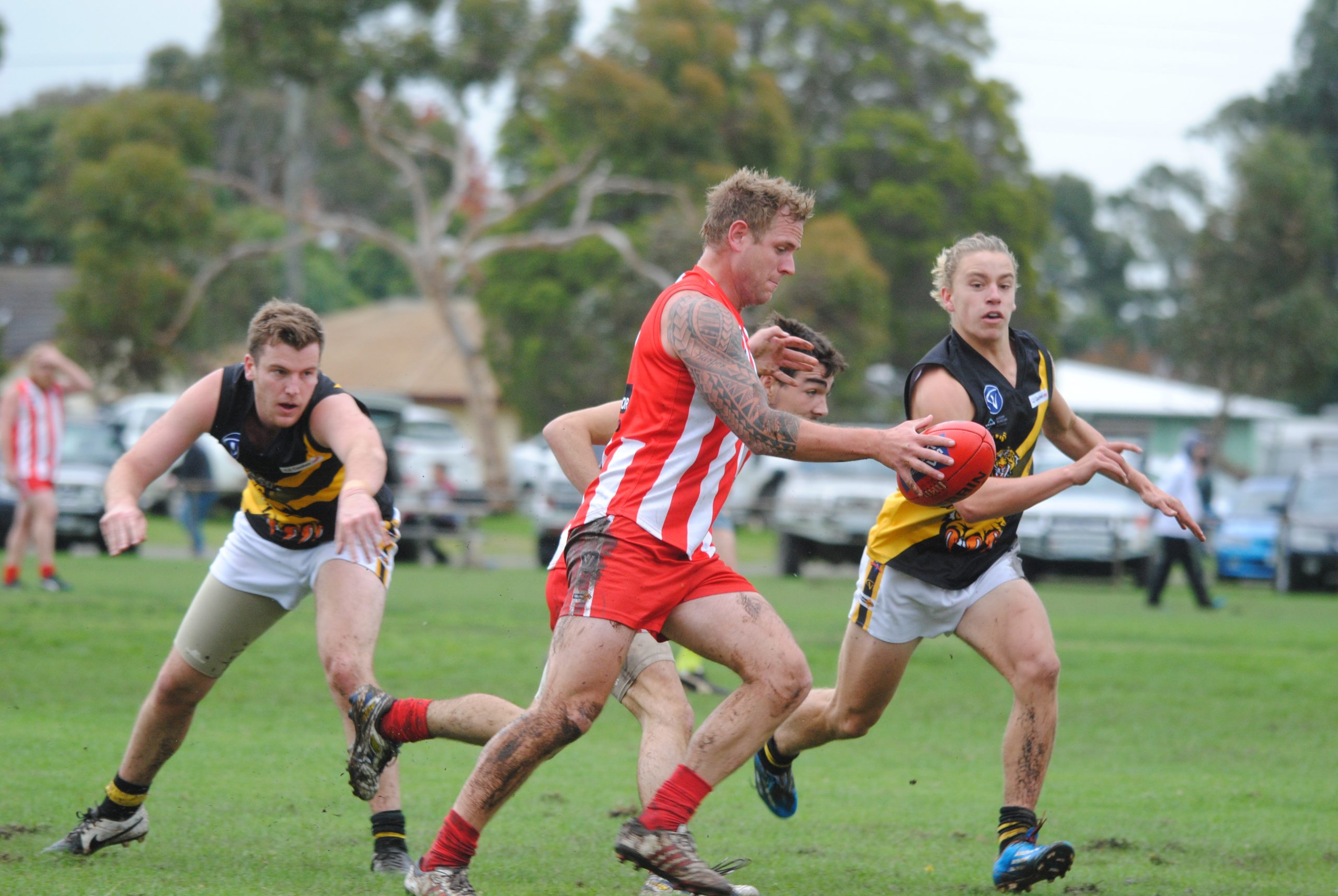 EAST Gippsland football’s two best sides will feature in the headline clash of round 17.

The Swans and Tigers have occupied the top two spots on the ladder since round two. They will meet again in the major semi-final on August 29.

Reigning premier Stratford has been on top of the ladder for more than half the season, but last weekend relinquished that position with a 47-point loss to Lindenow. While the Swans have dominated all comers this season, the Cats who have twice had the luxury of bringing in players from Bairnsdale due to their bye in the Gippsland League, clipping the wings of their highly fancied opponents.

Fortunately for the Swans, it appears their bogey side will be without many of their Bairnsdale ring-ins throughout the finals due to ineligibility.

Jack Bacon and Josh Kiss have been dominant up forward for Stratford, combining for more than 80 goals this season. Through the midfield, Lachlan Channing has been instrumental and has been ably supported by a brigade of teammates.

They will go head-to-head with another of the powerhouse sides in the competition tomorrow and while neither team will be looking to give too much away ahead of September, both will be cracking in hard in an attempt to gain a mental edge over their opponents.

Mark Sellings is again having an outstanding season for the Tigers and will be a major piece of the puzzle if they are to achieve premiership redemption.

This weekend the minor premiership is on offer, however something more important will be up for grabs when these two sides meet in a fortnight.

WIN and you’re in. That’s the equation for Lindenow, who sits in pole position and will fancy its chances of securing a finals berth against the lowly Boisdale-Briagolong on Saturday.

After a huge win over Stratford last round, and with Paynesville facing Lucknow this weekend, the Cats need just one win from their remaining two games to ensure they’ll be there in the finals. With Wy Yung to come in the final round, Saturday represents the Cats’ best opportunity.

Set to be without many of their Bairnsdale players come finals, the Cats will be hoping to carry the confidence from last weeks win firstly into Saturday, and then into September.

For the Bombers, their first season in the league brought about some major positives early and appears to have been a good move for the club on the whole. Despite the injury ravaged senior team having understandably fallen out of the top four in the second half of the season, coach Matt Lee will be philosophical about the long term benefits for his side having played many youngsters to fill in the gaps.

WITH a finals spot on the line, tomorrow’s clash between Lucknow and Paynesville is a must win for both sides.

In fifth and fourth places respectively, the winner should claim the last spot in the final four.

A win for Paynesville will put it six points clear of Lucknow with one round remaining. However, a win for Lucknow would move it two premiership points ahead of Paynesville, and with Boisdale-Briagolong to come in the last round, a finals berth would seem likely.

The Magpies scored a vital win last round over Lakes Entrance, while last weekend’s come from behind victory against Boisdale kept Paynesville in the hunt for a finals berth.

ORBOST-Snowy Rovers will host Lakes Entrance in what may be its best opportunity to score a victory all season.

With the Seagulls’ hopes of playing finals essentially erased, the Blues will be hoping to capitalise and break their streak of 16 consecutive losses.

While they have struggled to be competitive for four quarters, the Blues have made a habit of starting hot and have occasionally led at quarter time this season. Jumping out of the blocks against a side with very little to play for will be vital for Orbost if it is to clinch a win.

For Lakes Entrance, its poor percentage will cost it a place in the finals even if the Seagulls managed to win their remaining two games. It has been a disappointing season for the up and down Seagulls, who have been on the verge of the top four multiple times throughout the season but have unable to clinch a spot.