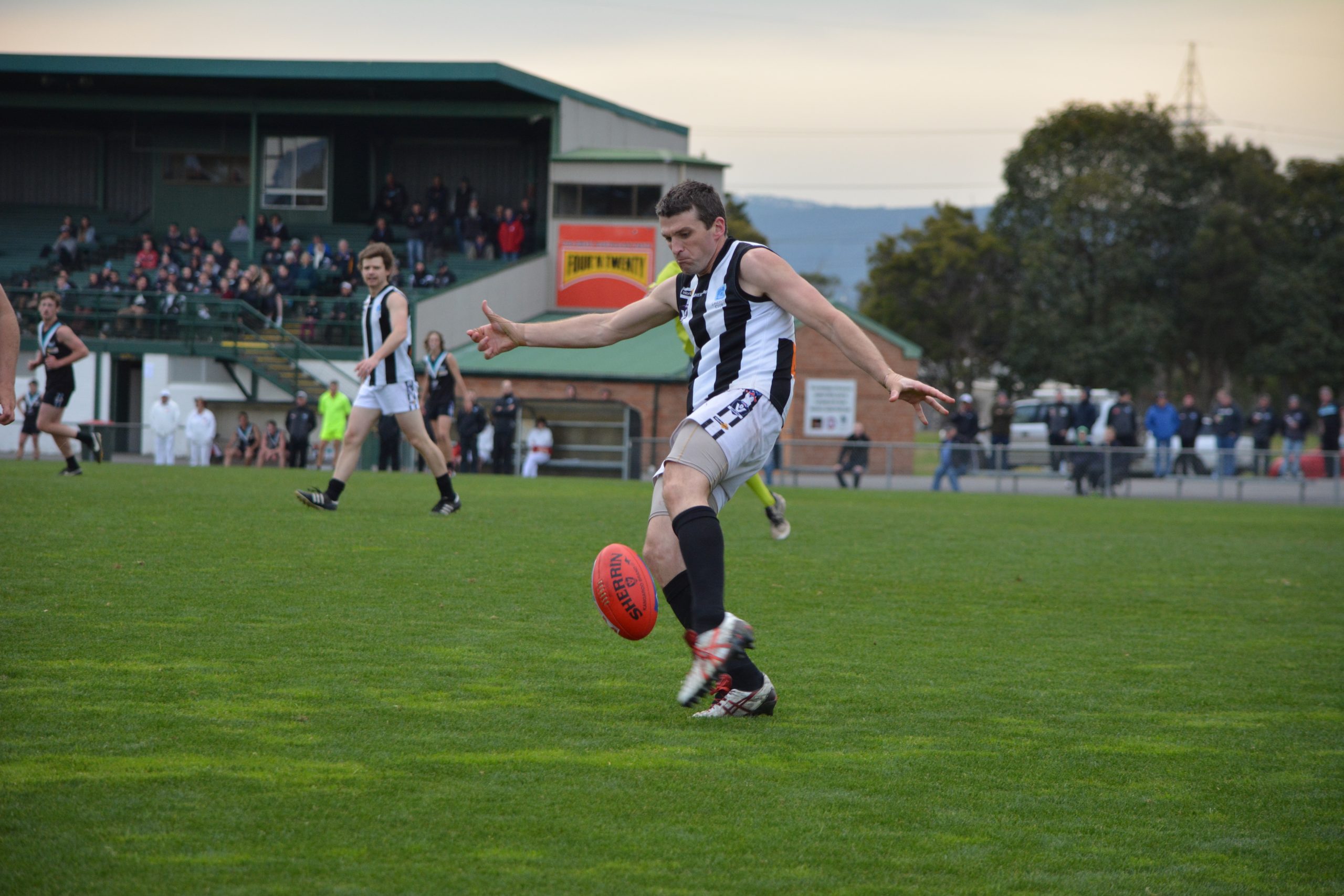 SALE’S Gippsland League football season came to an abrupt end in dramatic fashion, going down to Wonthaggi by three points in the elimination final on Sunday.

The Power, who had the scoring end in the opening term, kicked the first five goals. Playing catch-up football, the Magpies fought back to snatch the lead early in the final quarter.

The Power regained the lead late in the quarter before the desperate Sale rallied in time-on, having the last three scoring shots, all behinds, including a poster, before time ran out for the Magpies who were gallant in defeat.

In a tough match which featured numerous body clashes and savage tackling, the Magpies can consider themselves unlucky, having overcome the deficit, winning the final three quarters, and kicking three posters in the process. After quarter-time the Magpies kicked 9.7 to 5.8.

Wonthaggi got off to a flying start, set-up by ruckman Chris Wylie giving the Power on-ballers Aiden Lindsay, Michael Kelly and Byron Dryden first use of the ball to set-up scoring opportunities.

The turnaround by the Magpies came when ruckman Jack Lipman took control in the second quarter and dominated the hit-outs, bringing Kane Martin, Tom Hams, and Justin McLay into play. Lipman, who was Sale’s best player, also kicked two goals on the run.

The 26-point quarter-time lead was reduced to seven points at the main break and again at three-quarter-time. The stage was then set for a thrilling finish, and what a nail biter it was to be.

Both teams were tiring and the respective benches were down to one player.

The final quarter saw only one goal kicked by each side as the desperate Power clung to the narrow lead in the final moments.

Defenders on both sides were prominent Shannon Bray and Matt Coyne for the Power and Shane Fyfe, Nick Mason, and Lochie Ronchi for the Magpies.

The smaller bodied Sale players had struggled in the tight contest but stuck to their task.

After the match, a disappointed Sale coach Travis Ronaldson praised the players for their effort during the year, saying they had come a long way since the start of the season.

BAIRNSDALE held on by the smallest of margins to defeat Sale by one point in the under 16s elimination final.

After the Redlegs held the upperhand in the first half, the Magpies fought back in the third quarter to reduce the deficit to a point at three-quarter-time. That margin held true throughout the remainder of the match, as Sale’s season ended with a 5.7 (37) to 5.6 (36) loss.

IN the reserves, Wonthaggi lives to fight another week after proving far too strong for Drouin.

Despite leading by only one point at quarter-time, Wonthaggi held its opponent goal-less throughout the next two terms on their way to a 53-point victory, 11.11 (77) to 3.6 (24).

A FIVE-goal to zero opening term set the tone for Leongatha’s dominant 50-point win over Moe in the under 18s.