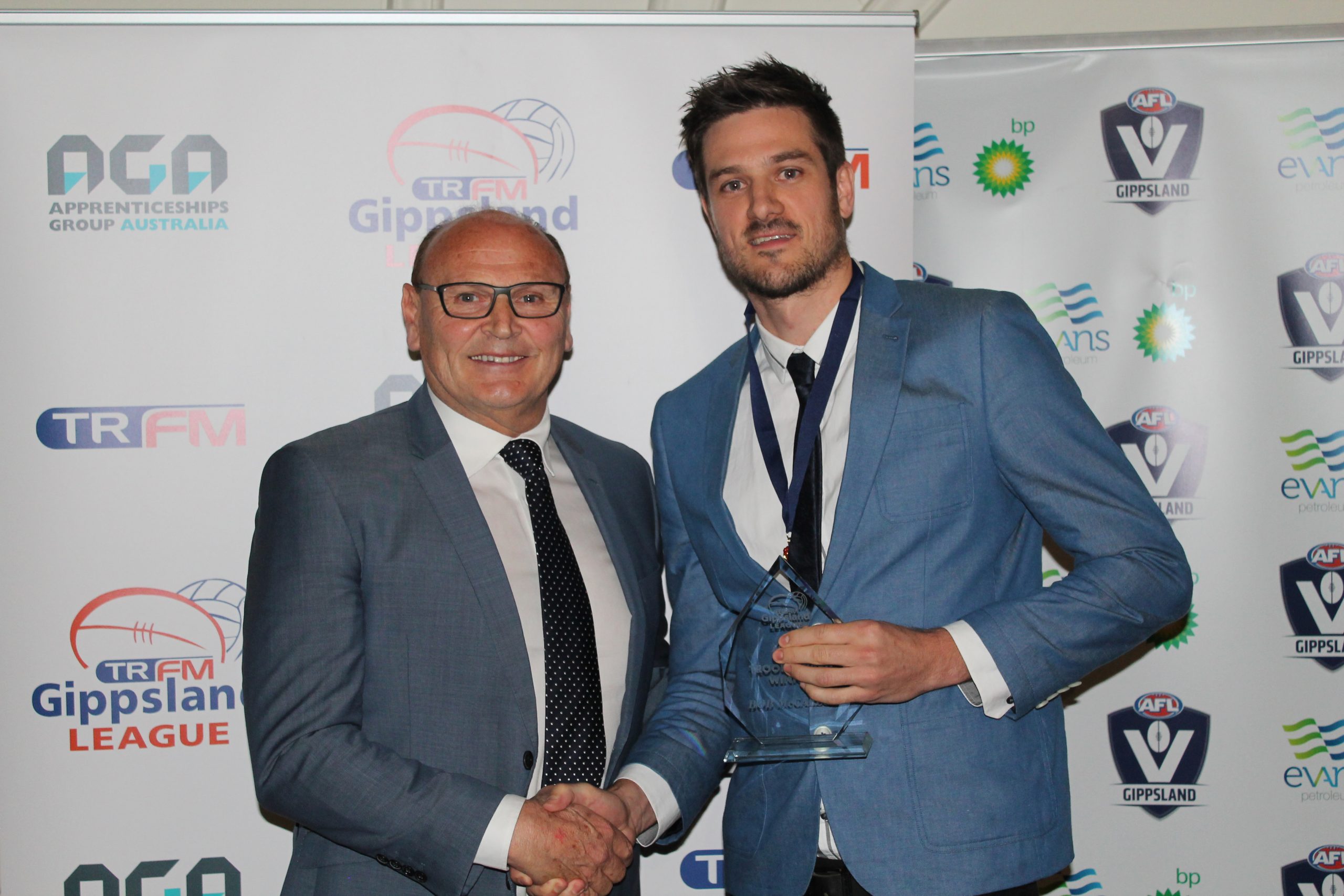 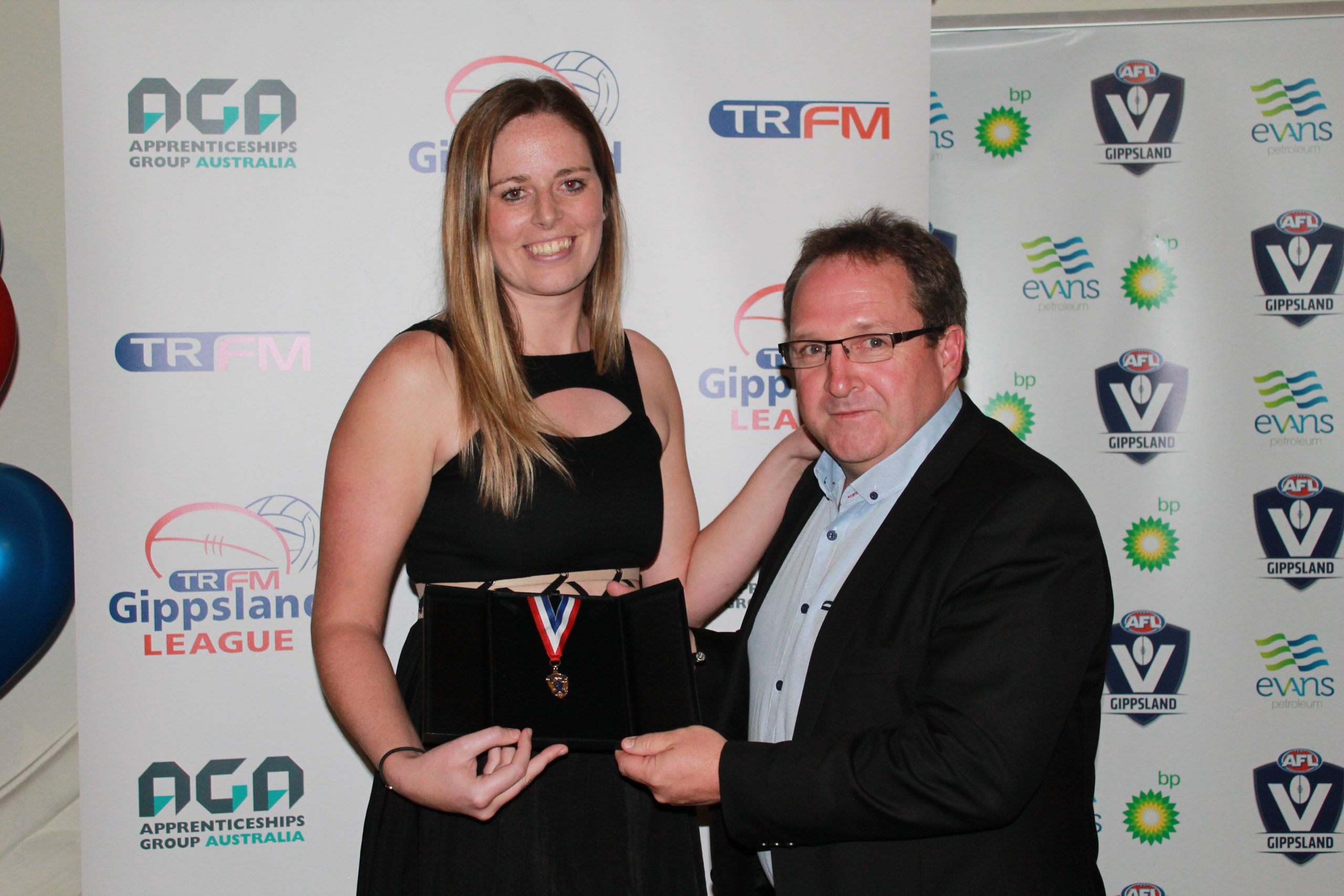 McCallum was presented his award by 1979 and 1982 league best-and-fairest and former AFL player, coach and umpires manager Jeff Gieschen.

The last ruckman to win the senior best-and-fairest was Warragul’s David Mills in 1996.

The Trood Award and Rodda Medal has been dominated by midfielders in recent years, but McCallum’s influence at the stoppages and contribution around the ground this season – including 27 goals – did not go unnoticed by the umpires.

McCallum received best-on-ground votes for all the Hawks’ matches against Morwell, Warragul and Bairnsdale.

Returning to Drouin after winning an Ellinbank and District premiership with Buln Buln, McCallum coached the Hawks to sixth position in the Gippsland League this season.

McCallum was also captain of the Gippsland interleague side which defeated Yarra Valley-Mountain District and was among Victoria Country’s best players in its victory over the VAFA.

McCallum was named as captain of the league team of the year, with Leongatha’s Beau Vernon the coach.

Morwell’s Riley Hogarth (football) and Traralgon’s Daisy Hill (netball) were the first recipients of the rookie of the year awards, while Sarah Jolly won the inaugural player of the year for the Gippsland Galaxy women’s team.