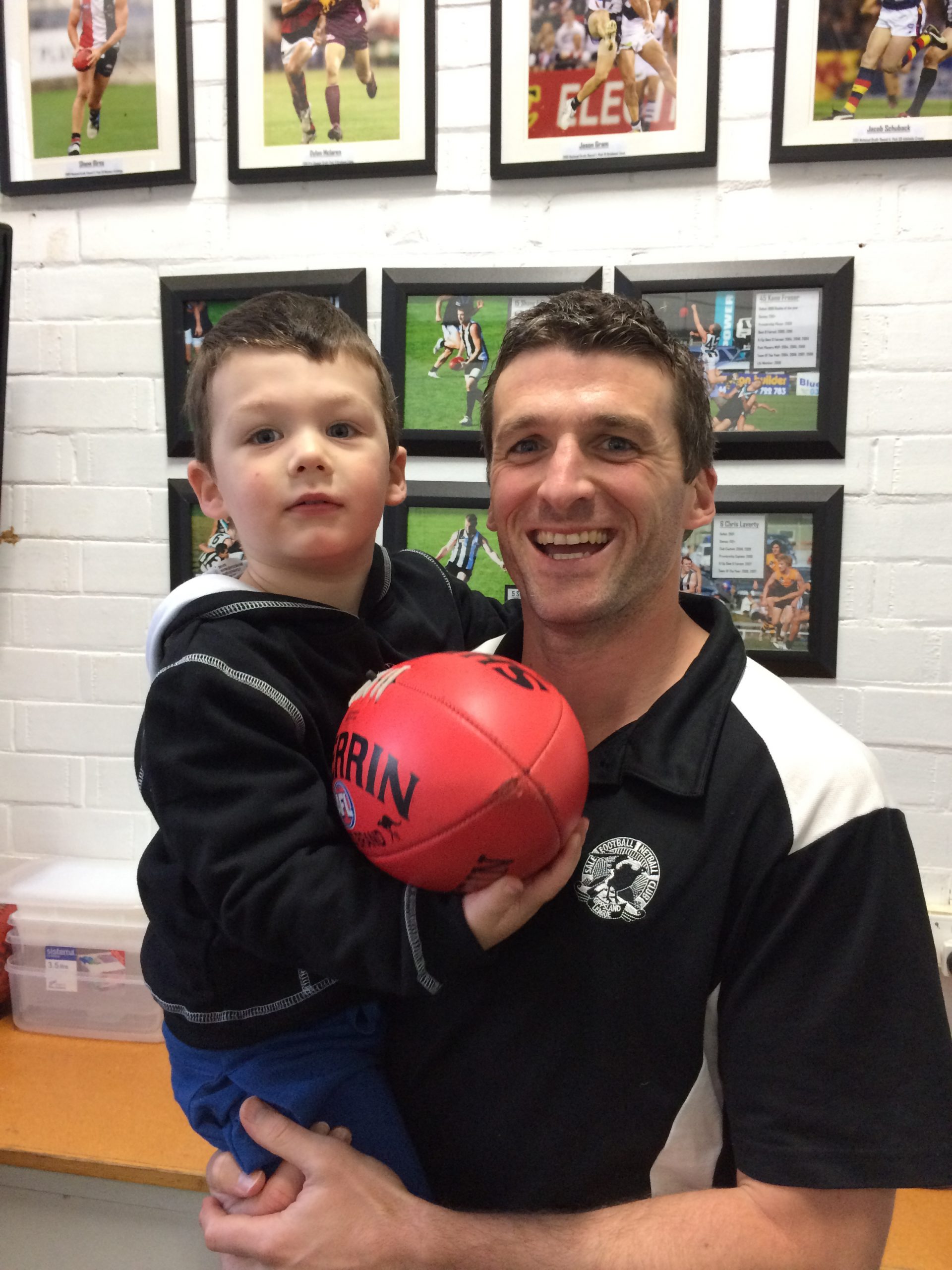 SALE Football-Netball Club has announced Shane Fyfe will be its senior coach for the next three seasons.

The five-time club best-and-fairest and Gippsland League premiership player will be a playing coach, taking over from Travis Ronaldson who was set to coach the club again in 2016 but has instead taken up employment with an AFL club.

Fyfe is one of the Magpies’ most decorated players. After making his senior debut in 1999, he has played 198 games, kicked 30 goals, won numerous club awards, and was a member of the 2012 premiership team.

Fyfe played his junior football for Sale going on to play for Gippsland Power, winning its best-and-fairest in 2000. In 2009 Fyfe tried his luck in the powerful Eastern Football League, playing a staring role in Vermont’s division one premiership that season before returning to Sale in 2011.

“I’m looking forward to coaching the Sale Football-Netball Club. It’s an exciting period with the playing list consisting of loyal and motivated experienced footballers along with a group of enthusiastic and talented youngsters,” Fyfe said.

“Travis was able to play 10 underage players this season which hopefully has fast tracked their development.”

Fyfe will be working closely with his leadership group and former AFL player and Sale premiership player Dylan McLaren, who will be a non-playing assistant coach.

Outgoing club president Scott Pearce said the appointment of Fyfe as senior coach would be good for the Magpies.

“Shane has the utmost respect of the playing group and the wider community, being a local primary school teacher,” he said.

“The next couple of years will see the biggest shake-up to the football landscape we’ve seen in decades and to have Shane appointed for three years gives us stability through this period and we believe our club will handle the changes very well.”

The Magpies will confirm other coaching appointments and pre-season training dates soon.

The club’s end of season presentation night will be held on Friday, October 9 from 7pm at the Criterion Hotel.