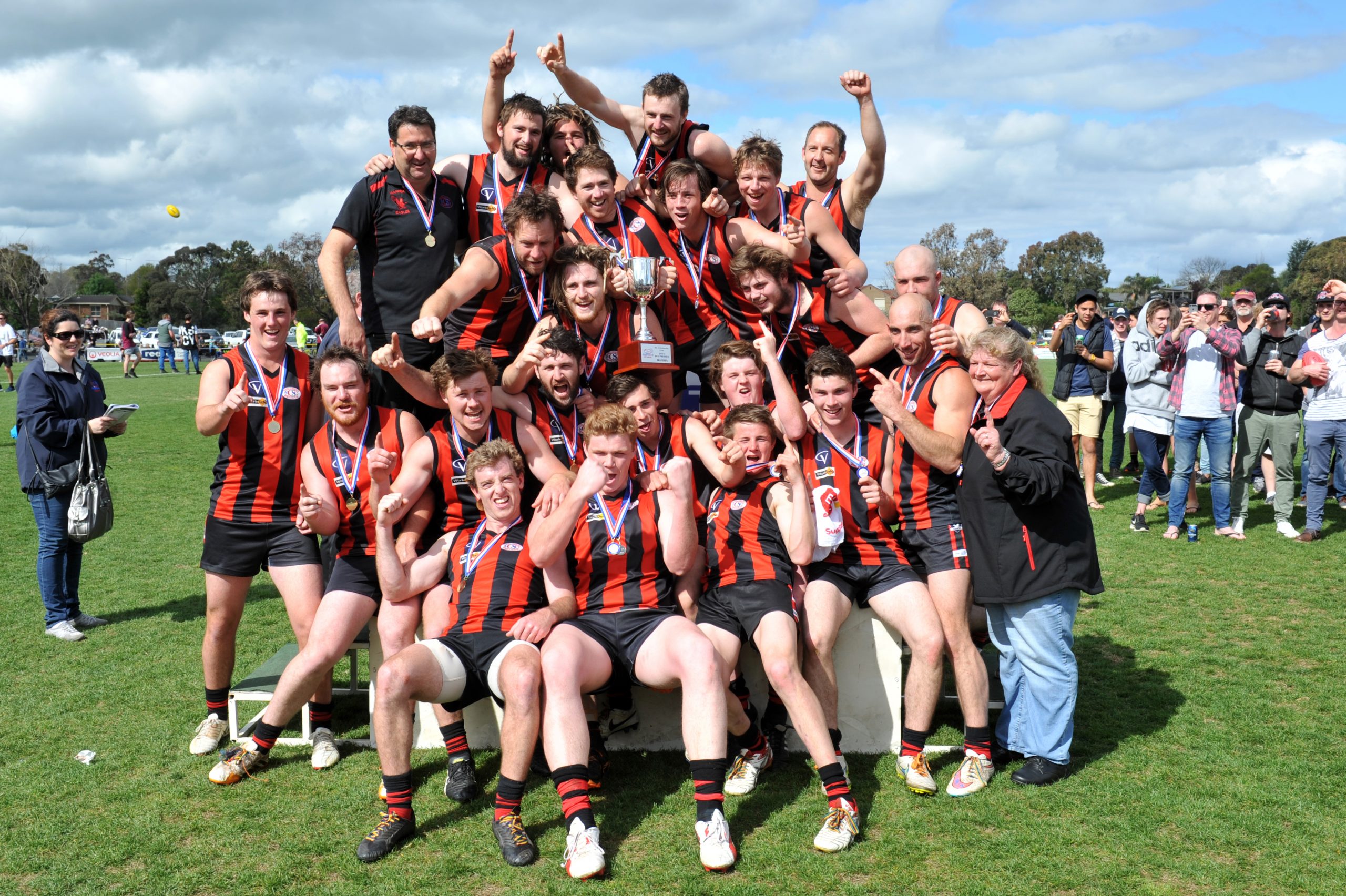 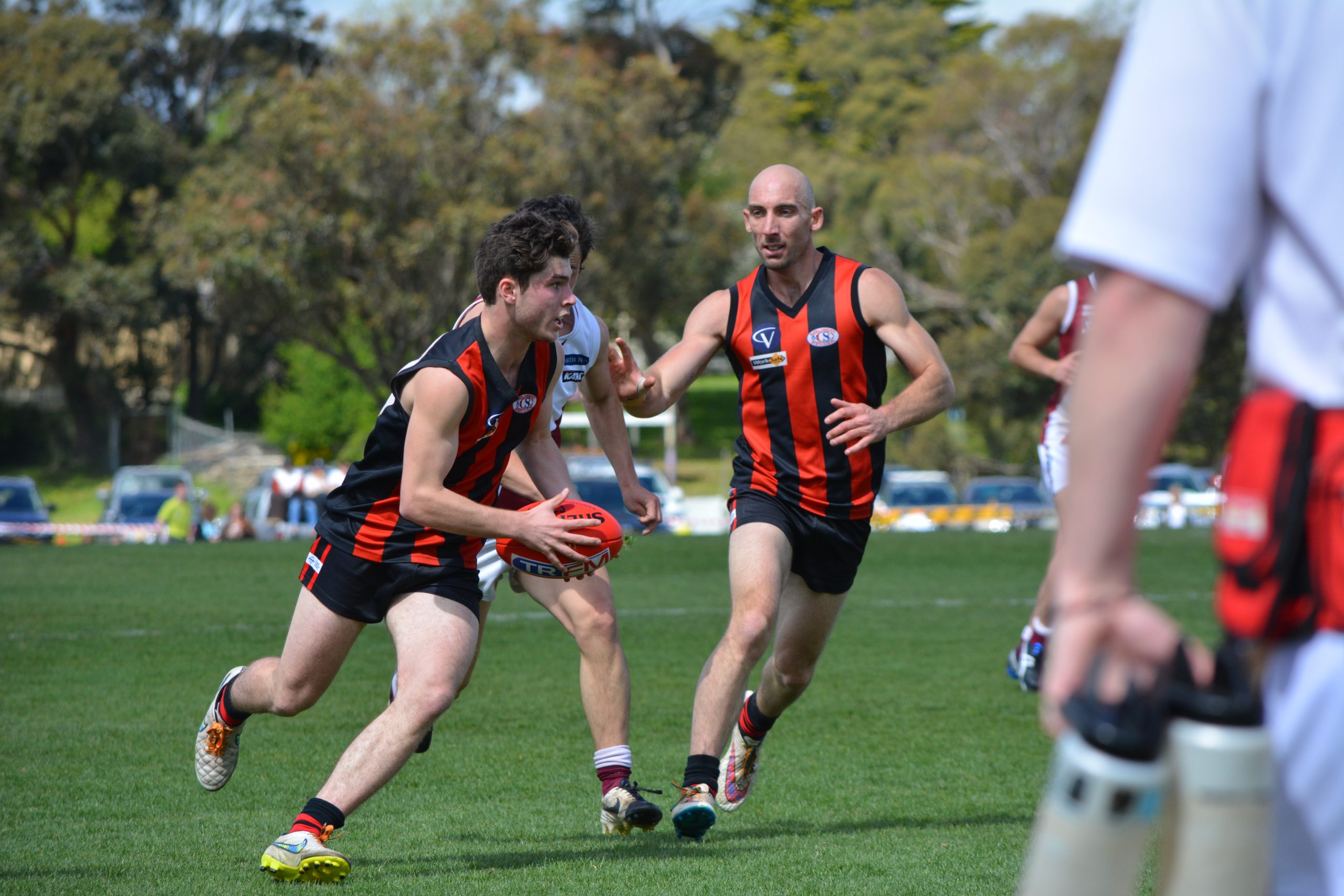 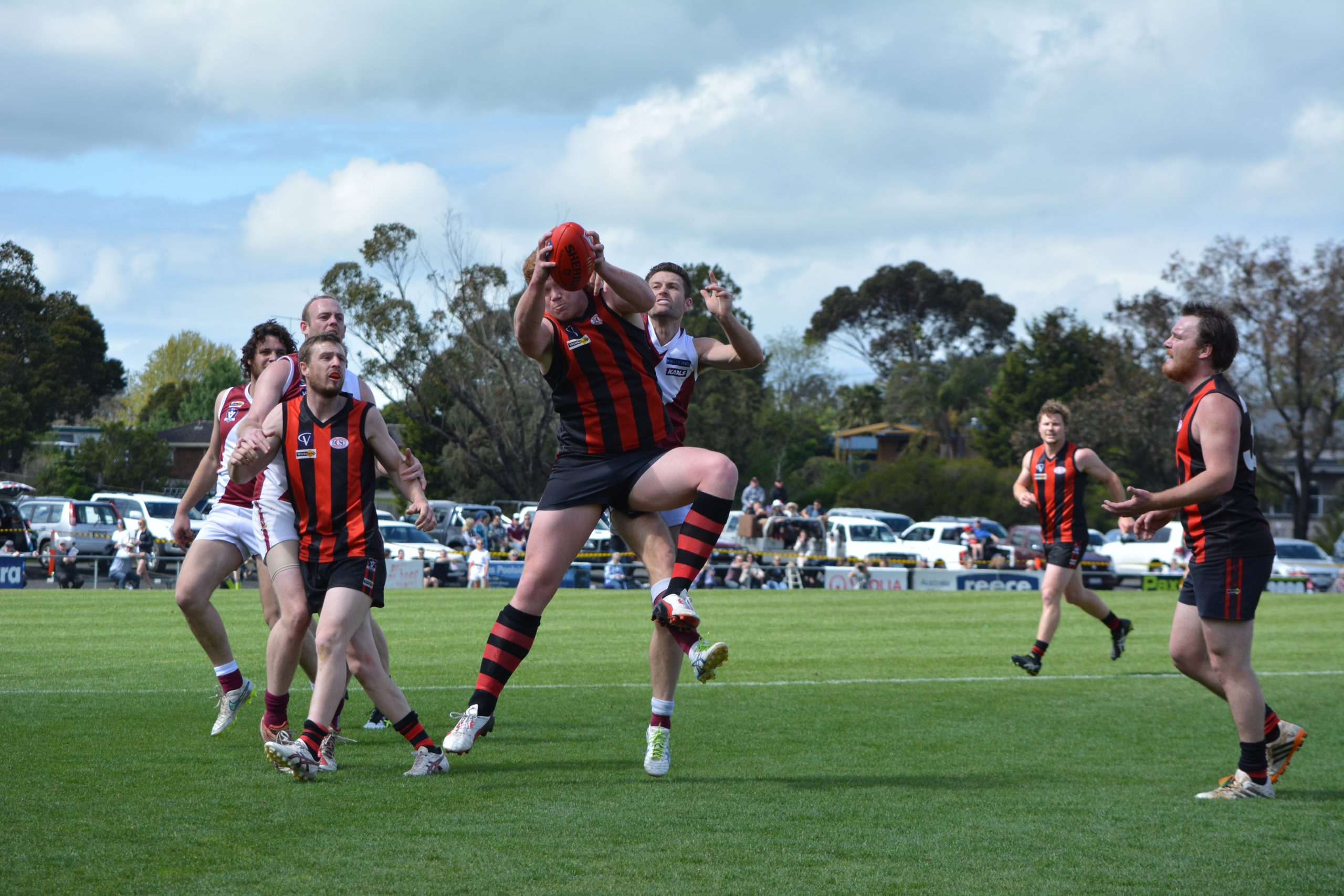 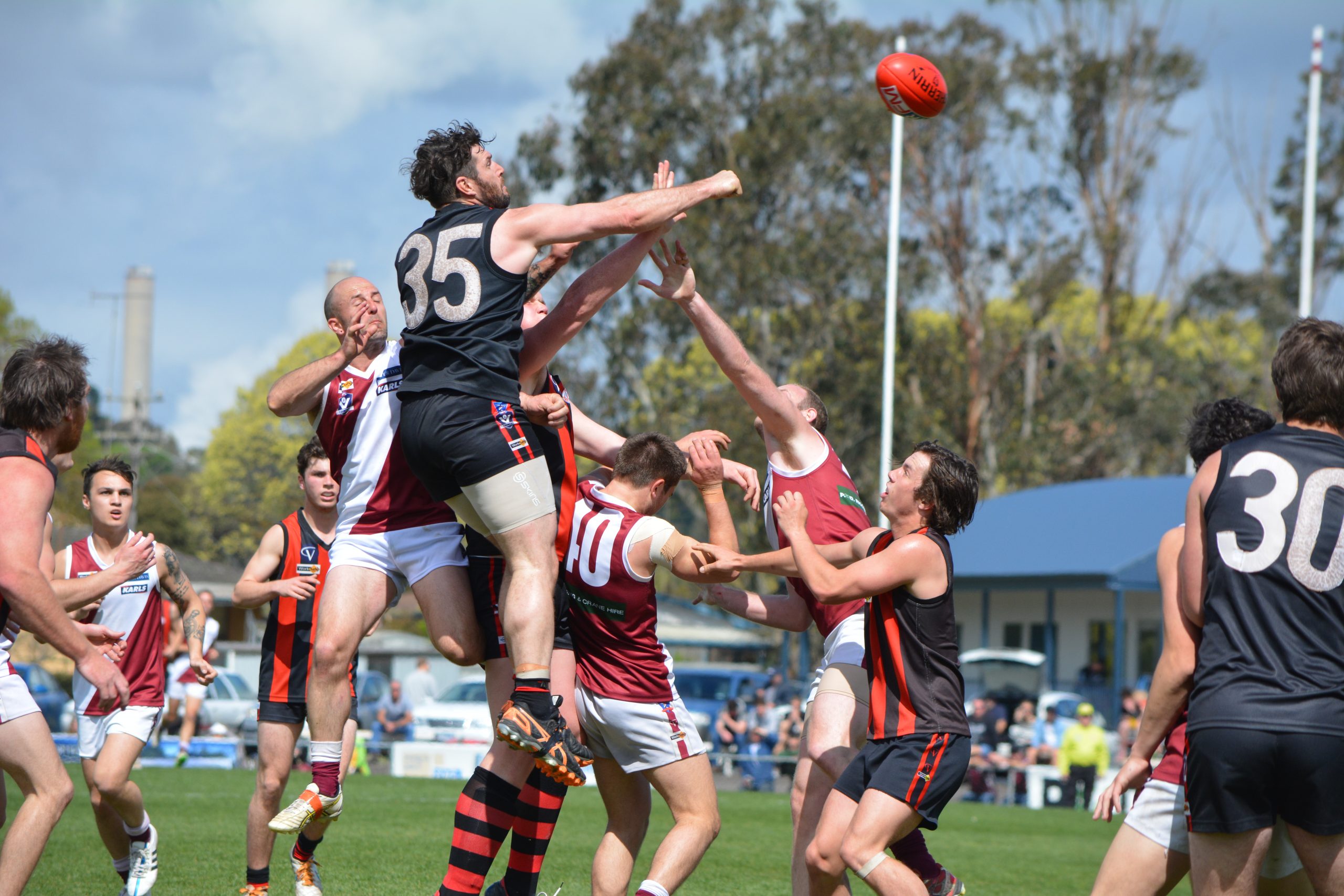 THE Maffra reserves were the only side to spoil Traralgon’s party on Saturday, securing redemption after last year’s defeat to the Maroons with a 40-point victory in the grand final.

After a slow start, the minor premiers eventually proved too strong for their opponents, wearing down Traralgon to secure a 11.9 (75) to 4.11 (35) victory.

The Eagles trailed by seven points at half-time but were able to click into gear after the long break, booting five goals to one in the third term to hit the front by 16 points at the final change.

That third quarter surge seemed to break the resolve of the Maroons, as Maffra held its opponents to just one point in the final term and kicked clear to avenge its 2014 defeat.

TRARALGON upset minor premier Bairnsdale by 23 points to secure the under 18s premiership.

IT really was Traralgon’s day from the outset on Saturday, with its under 16s side scoring the first of three grand final wins for the club with an eight-point victory over Moe.

The Lions had five more scoring shots in the first quarter but were unable to make the most of their opportunities, kicking 1.5 for the term.

The Maroons hit the front by half-time, but were again under the pump in the third term as Moe fought back. Trailing by 14 points at the final break, Traralgon dominated the final quarter, piling on 3.4 while keeping the Lions scoreless to end the season as premier.

Maroons’ skipper Matt Williams was named best-on-ground, while Lochlan Farrell was Moe’s only multiple goal scorer in the loss.