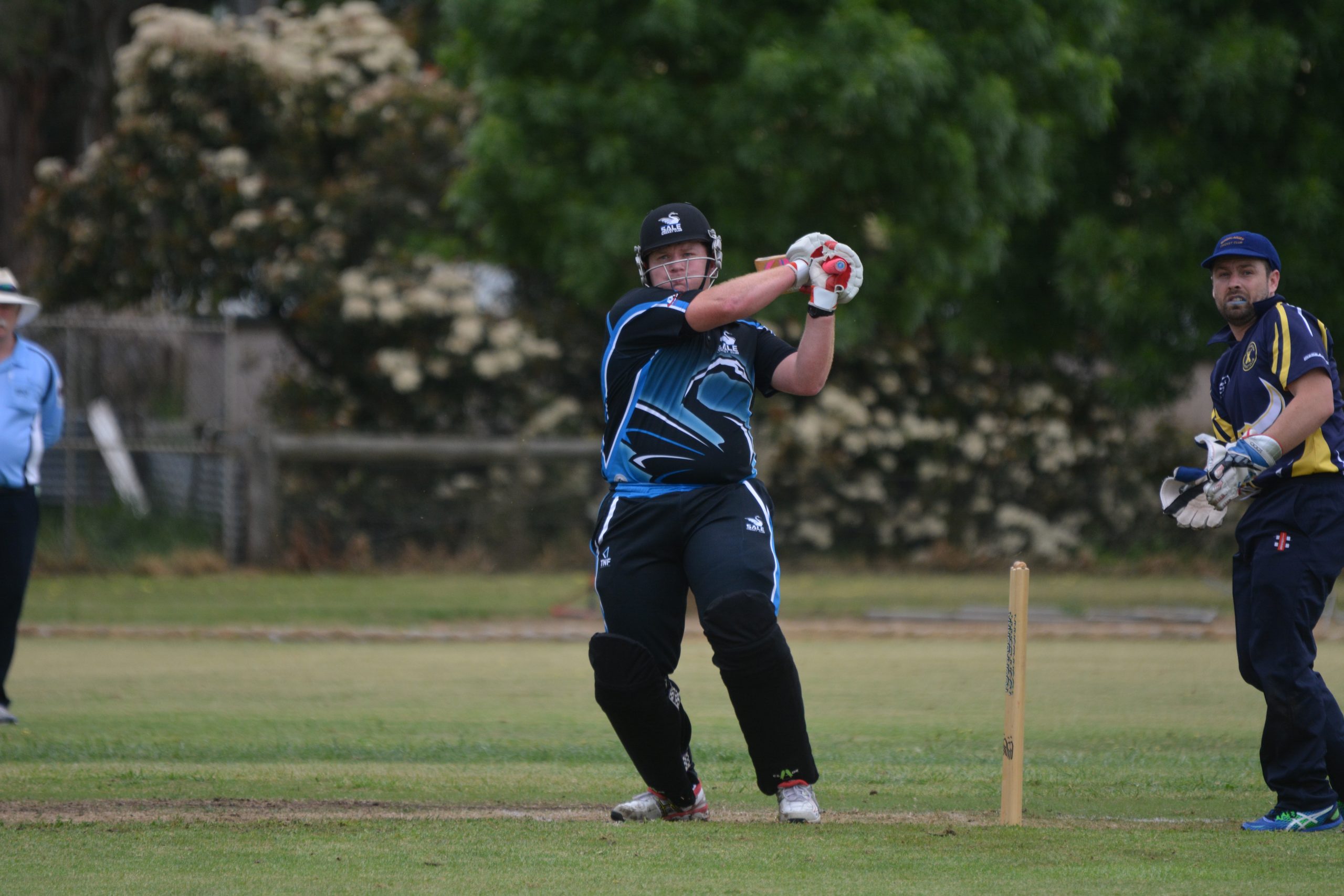 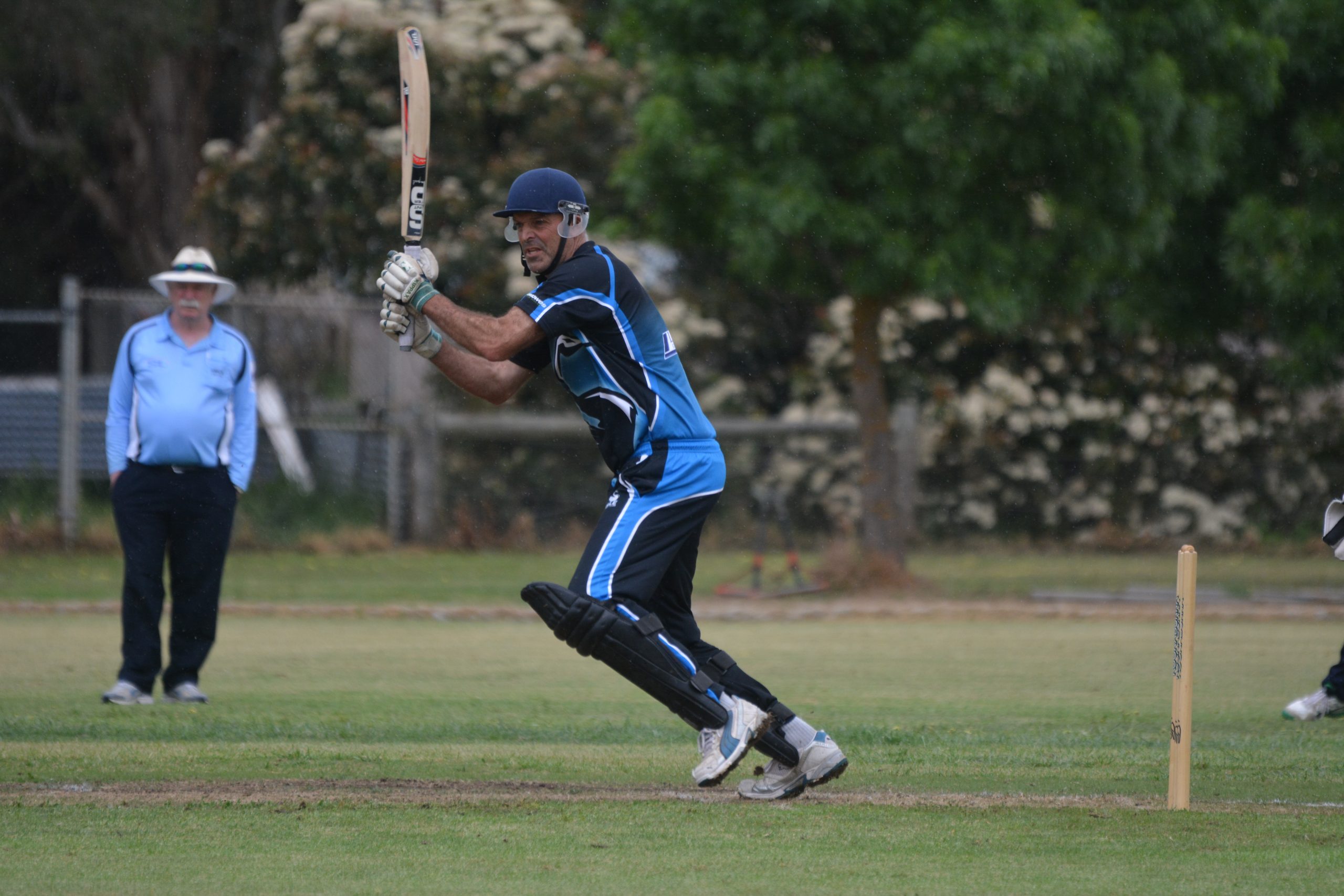 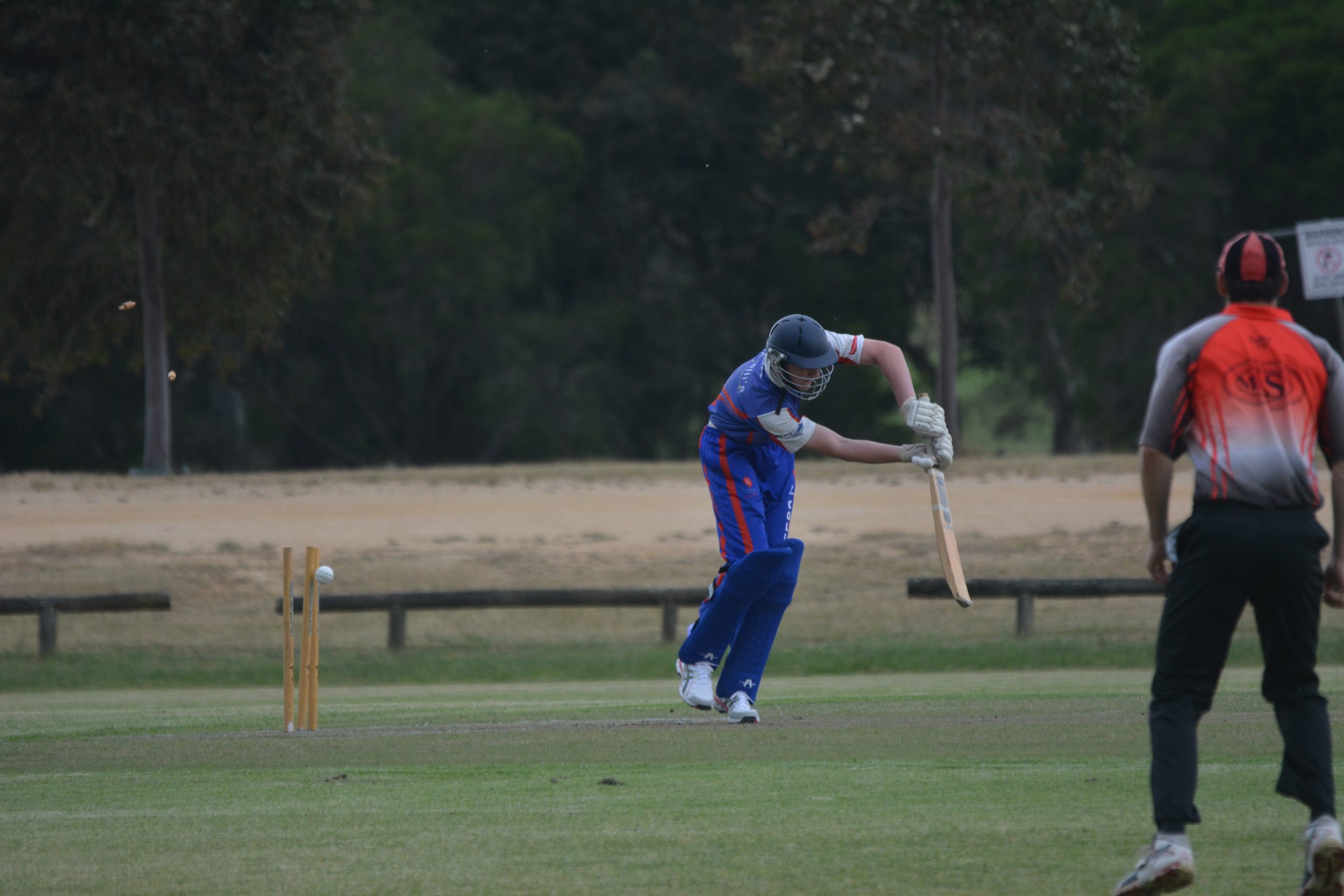 At 7-128 in reply to Sale’s 9-157, the home team appeared in trouble, but opening batsman Ben Saxon was joined by Adrian Burgiel to steer the Bulls to victory in the rematch of last season’s grand final.

Saxon finished unbeaten on 66, while Burgiel, who returned to the game after attending a wedding, was not out on 15.

Captain Mat Dowsett (18), Jason Langshaw (19) and Nathan Massey (16) all got starts at the top of the Bundalaguah order, but were dismissed, leaving the side vulnerable.

The fall of four more quick wickets left the door open for Sale to claim the win before Saxon and Burgiel steadied the Bulls’ innings.

Dylan Rowley and Mark Donald claimed three wickets each for the Bulls, with Daniel Bedggood, in his return to the club, taking two.

A STRENGTHENED Collegians line-up defeated Maffra in a tight affair at Morison St.

Sent into bat, Collegians was in trouble early, falling to 2-1 after losing both opening batsman for ducks.

However, new captain Jack Tatterson was able to help get the innings back on track, scoring 66 before previous captain Mark Nicholls continued the work, adding 55. Matt Foster scored 31 late in the innings as Collegians was all-out for 215 in its final over.

Magnuson’s contribution to the day wasn’t restricted to the ball.

With Maffra 5-58, Magnuson came into bat and scored 75 to keep his side in the contest. However, wickets continued to fall with Magnuson the second last wicket to fall.

Shortly after Magnuson’s dismissal, the Maffra innings ended on 189 in the 36th over. Earlier, opener Oliver Cantwell scored 25.

Anthony Scott scored 50 as the Warriors posted 5-170 from their 40 overs. An unbeaten sixth wicket stand of 47 between Isaac Love (25 not out) and Hayden Glover (27) proved to be vital in the result.

Jordan Price was the Saints’ only multiple wicket-taker, with 2-28, while fellow opening bowler Andrew Nicholas had an economical 0-17 from eight overs.

While Boisdale-Briagolong batsmen got starts, the Saints were restricted to 9-160 with Warriors recruit Jake Benfield claiming 4-31. Glover and Love backed up their performances with the bat by claiming two wickets each.

Steve Noble top-scored for the Saints with 32, Mathew Freeman scored 27, Liam Hurst 24 not out, and Tom Langshaw 21.

STRATFORD claimed top spot on the ladder with victory over Longford highlighted by 91 from Cormac Hassett.

With the Redbacks 3-23, Longford captain Andrew Tyson’s decision to send the home side into bat appeared justified. Two of those early wickets came from Lachie Floyd.

However, opening batsman Hassett was the backbone of the Stratford innings. Hassett and Taylor Tatterson put on 101 runs for the fourth wicket before Tatterson was dismissed for 41.

Hassett and Jack Rietschel then combined for a 30-run partnership

A 57-run sixth wicket partnership with Sam Anstee (33) ended when Hassett was caught off the bowling of Floyd, who led the Lizards bowling with 3-36.

The Redbacks’ innings finished on 6-222.

Longford was all out for 141 in reply with Mark Chadwick scoring 36, Tyson 32 and Luke Hedger 19. For Stratford, Luke Maguire took 3-21, while Bohdi Walker and Chris Aurisch claimed two wickets each.