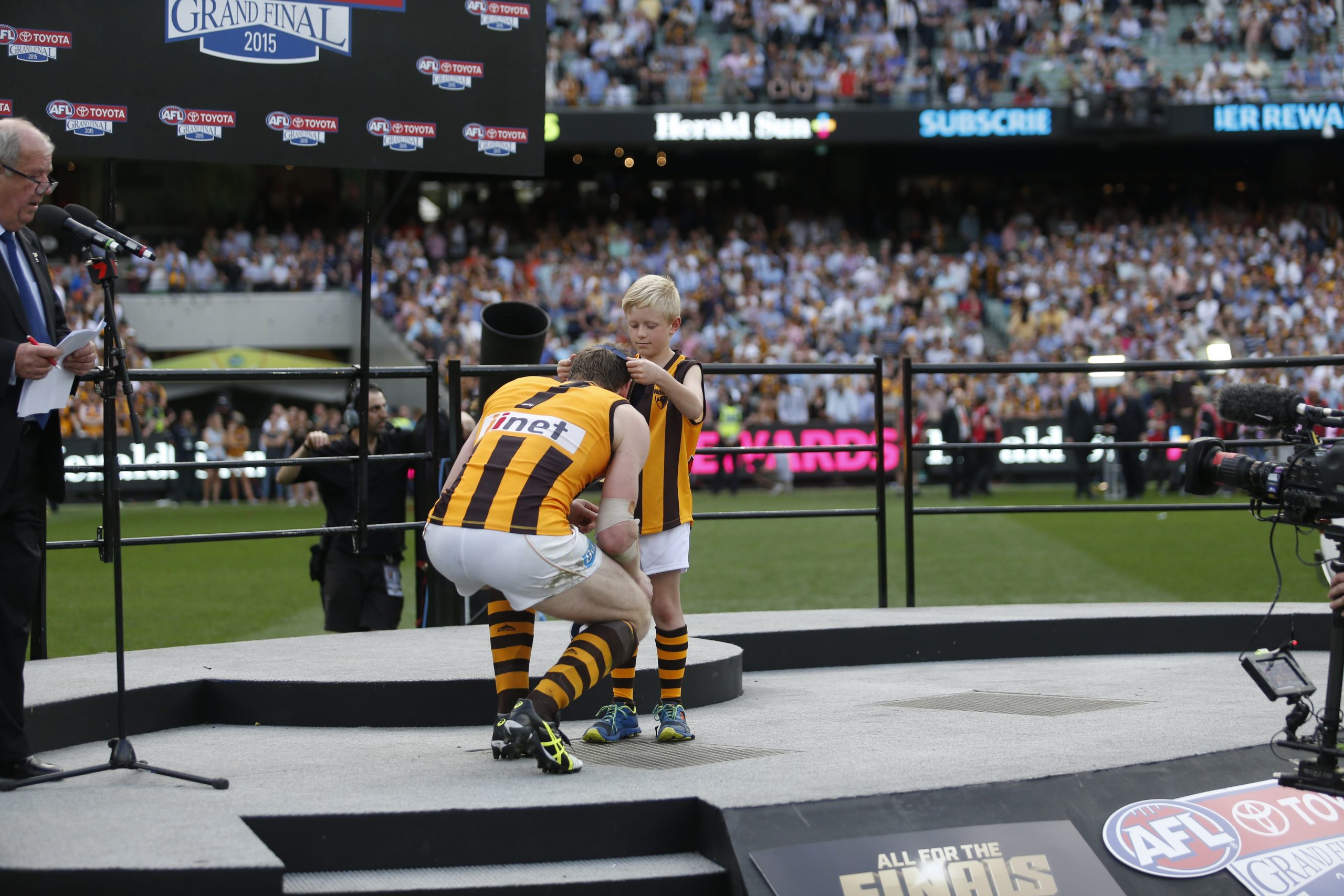 LONGFORD boy Beau Tassie was the envy of all his friends when he participated in the AFL grand final.

Beau, a participant at the Sale AFL Auskick centre, had the time of his life during a weekend of action packed activity.

On the Friday, Beau walked alongside fellow Auskickers and the two competing teams through the streets of Melbourne in the traditional grand final parade.

Grand final day was undoubtedly the highlight of the experience, when Beau played on the MCG in front of 100,000 fans at half-time of the big game. After the match Beau, along with the other 21 Auskicker of the Year nominees, presented the Hawthorn players with their premiership medals.

“It was so exciting to play in front of so many people on the MCG, and getting to present a premiership medal to Ben McEvoy with all my friends and family watching on TV was really cool too,” Beau said.