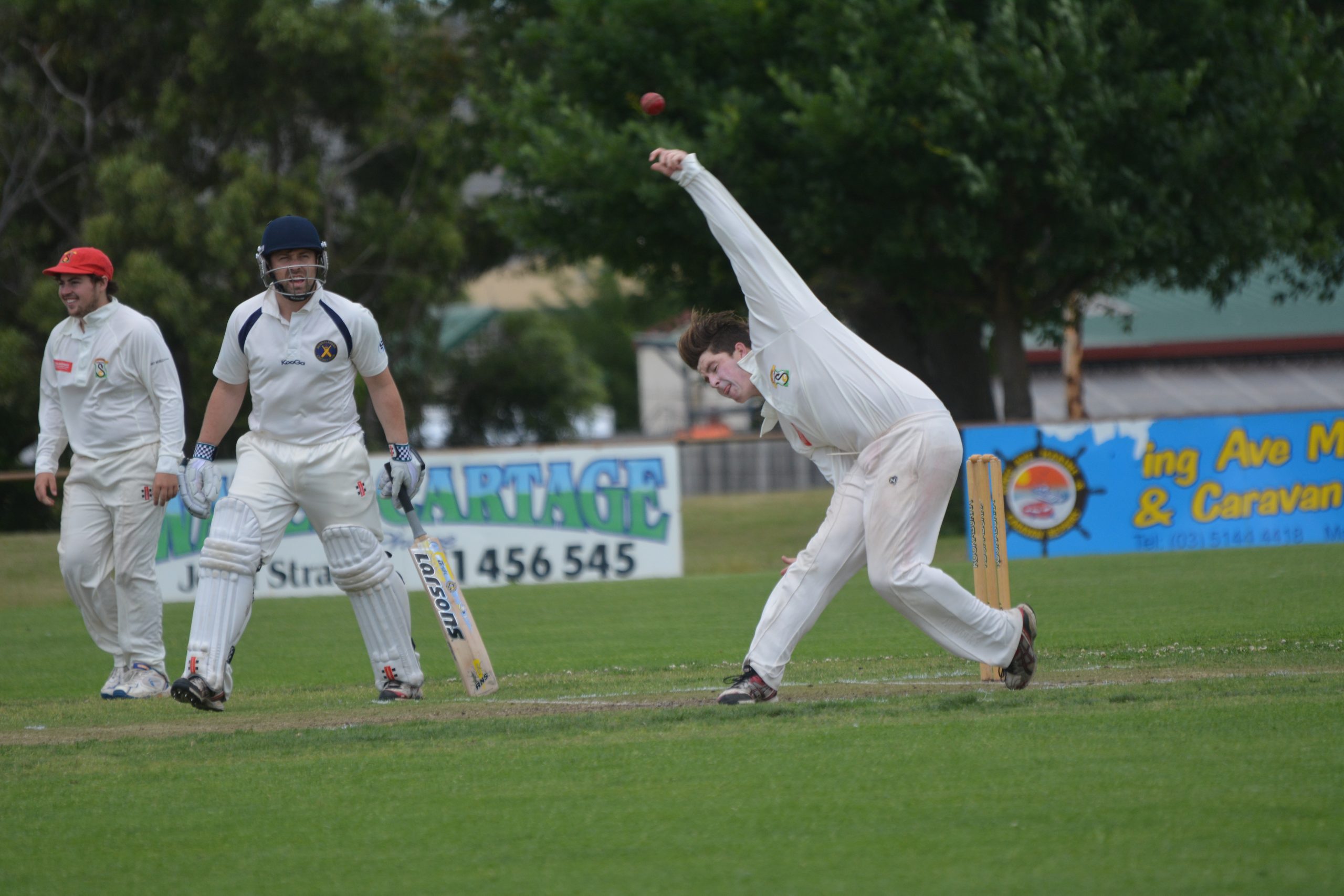 DESPITE half-centuries from Brad and Anthony Scott, Rosedale-Kilmany was unable to bat out the day against Collegians.

Seven wickets from Mark Nicholls helped Collegians bowl the visitors out for 186 in Sale-Maffra cricket’s top of the table clash.

Stumbling to 3-8 before losing a fourth wicket at 25, the Warriors needed someone to steady the innings.

The Scott brothers were able to do that, adding 101 for the fifth wicket before Anthony was dismissed for 58, caught off a Nicholls delivery. Brad was another Nicholls victim soon after, caught for 62.

Rohan Diamond added 31 valuable runs, helping the Warriors get to a respectable total.

From 23 overs, Nicholls finished with 7-57. Claiming the wickets of both Rosedale-Kilmany openers early, Nicholls put the Warriors’ innings on the back foot.

With three overs remaining in the day, Simon Cafferkey and Matt Foster took Collegians to 0-1.

However, the home side appears to have the advantage, requiring 154 to win with nine wickets in hand.

Struggling at 9-103, Bulls captain Mat Dowsett and Mitch Rowley put on 100 for the final wicket, eclipsing the previous club record of 64 set by Barrie Wrigglesworth and Peter Morgan during the 1971-72 season.

The partnership came to an end when Dowsett was caught by Chris Aurisch off the bowling of Travis Millar for 98, concluding the Bulls’ innings on 203. Rowley was not out on 20.

Highlighting the Bulls’ struggles with the bat, Adrian Burgiel’s 22 was their second highest score.

After Burgiel was run-out by Cormac Hassett, Jack Rietschel claimed four of the next five Bundalaguah wickets. Rietschel finished with figures of 4-69 from 23 overs, while Luke Maguire and Millar took two wickets each.

With 15 overs to bat until stumps, the Redbacks made to a good start to their chase, finishing the day on 1-50.

Stratford recovered from the loss of Scott Dare for 12 with Hassett and Aurisch batting until stumps, unbeaten on 22 and 16 respectively.

MAFFRA requires another 114 runs, with eight wickets in hand, to defeat Sale.

At one stage, the home side was 4-26 before captain Ian Wrigglesworth (61), David Dowdell (31) and Ben Jones (27) became the only Sale players to make double figure scores.

After the loss of Jackson Scott for seven and Harry Thackray for 14, Josh Davis (13) and captain Josh Rurawhe (six) saw the Eagles through to the end of the day’s play.

LONGFORD will resume its match on 1-5 in reply to Boisdale-Briagolong’s 175.

Tom Langshaw top-scored for the Saints on 42, captain Mick Roberts posted 29 at the top of the order, while Jordan Price contributed 39 valuable runs at the end of the innings.

Connor Hughes took 4-26, including the vital scalp of Langshaw, for the home side, while Lachlan and Jarryd Floyd each claimed two wickets.

With eight overs to bat, the Lizards’ innings began with the loss of Reece Traeger without scoring, before captain Andrew Tyson and Mitch Bennett reached stumps unbeaten.