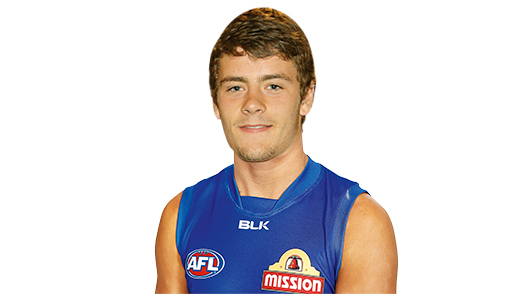 JOSH Dunkley is the latest local player to get drafted into the AFL, after being chosen at pick 25 by the Western Bulldogs on Tuesday night.

Dunkley had nominated to join Sydney under the father-son rule. However, under the new live bidding system, the Swans chose not to match the Bulldogs’ selection.

The 18-year-old said he was enthusiastic after some uncertainty about where he would end up.

“I was pretty nervous about not knowing where to go,” Dunkley told the Gippsland Times.

The former Gippsland Power captain and Sale Gippsland League premiership player believed his skills must have impressed after a rocky start to the season, suffering a back injury which knocked him out for a couple of months.

“Pick 25’s a good spot, my year’s been a bit up and down but I guess I’ve impressed people,” he said.

“I’ve met the coach (of the Bulldogs) and I’ve got a good relationship with him, so I should get a good spot, I’m pretty excited to play for them.”

Gippsland Power coach Leigh Brown said the inside midfielder would do well at “The Kennel”.

“He’s a good contested ball player, he enjoys the physical part of the game, he’s a good mark for his size, and his leadership’s stood out,” he said.

“He’s definitely got some work to do starting at the Bulldogs, it’s fast paced and fully professional, but he should be okay.”

Dunkley was one of four Power players drafted on Tuesday.

“We’re very proud of all the boys, they all work hard,” Brown said.

More Gippsland players, including Sale’s Nash Holmes, may be chosen in today’s pre-season and rookie drafts.