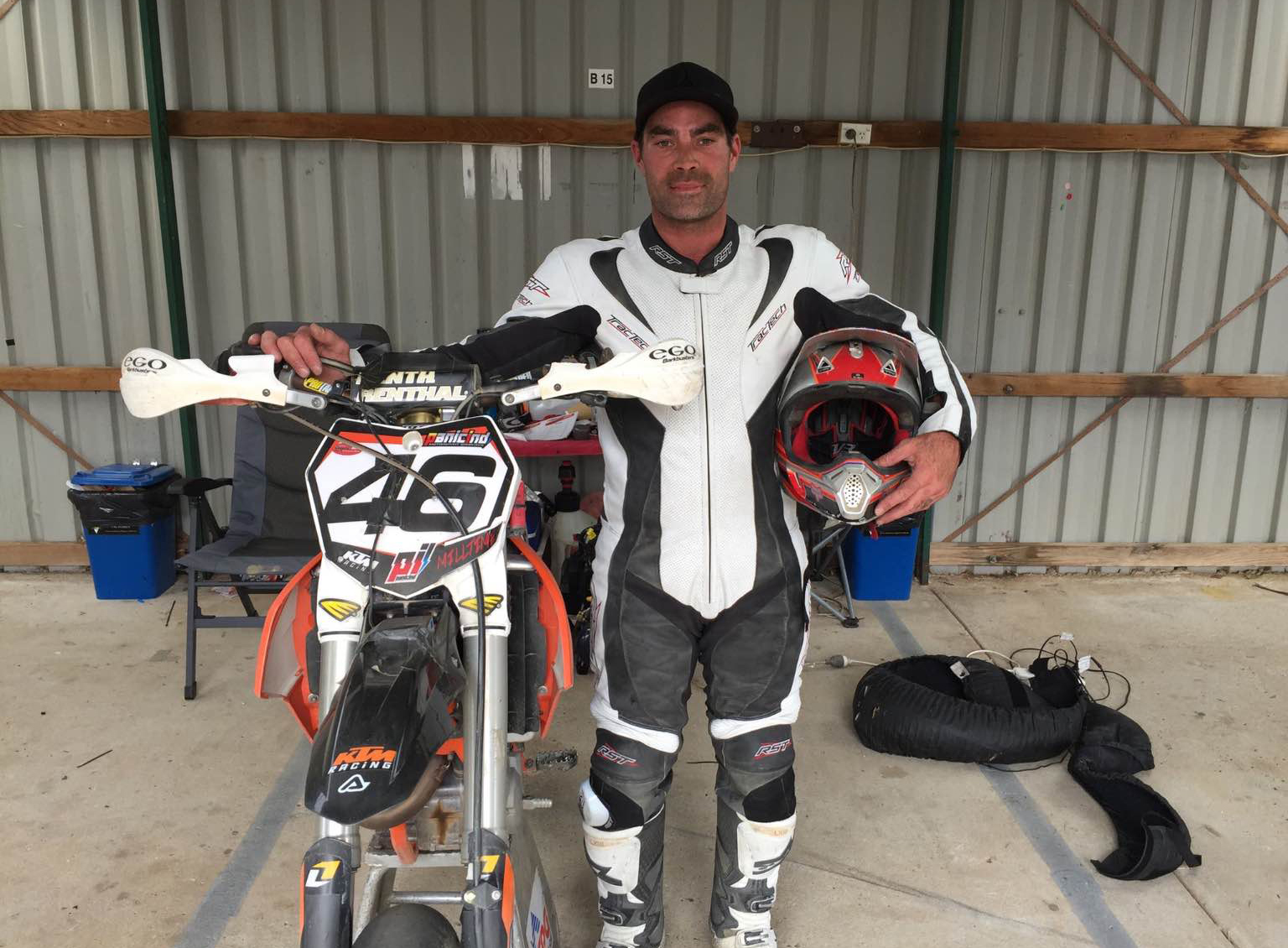 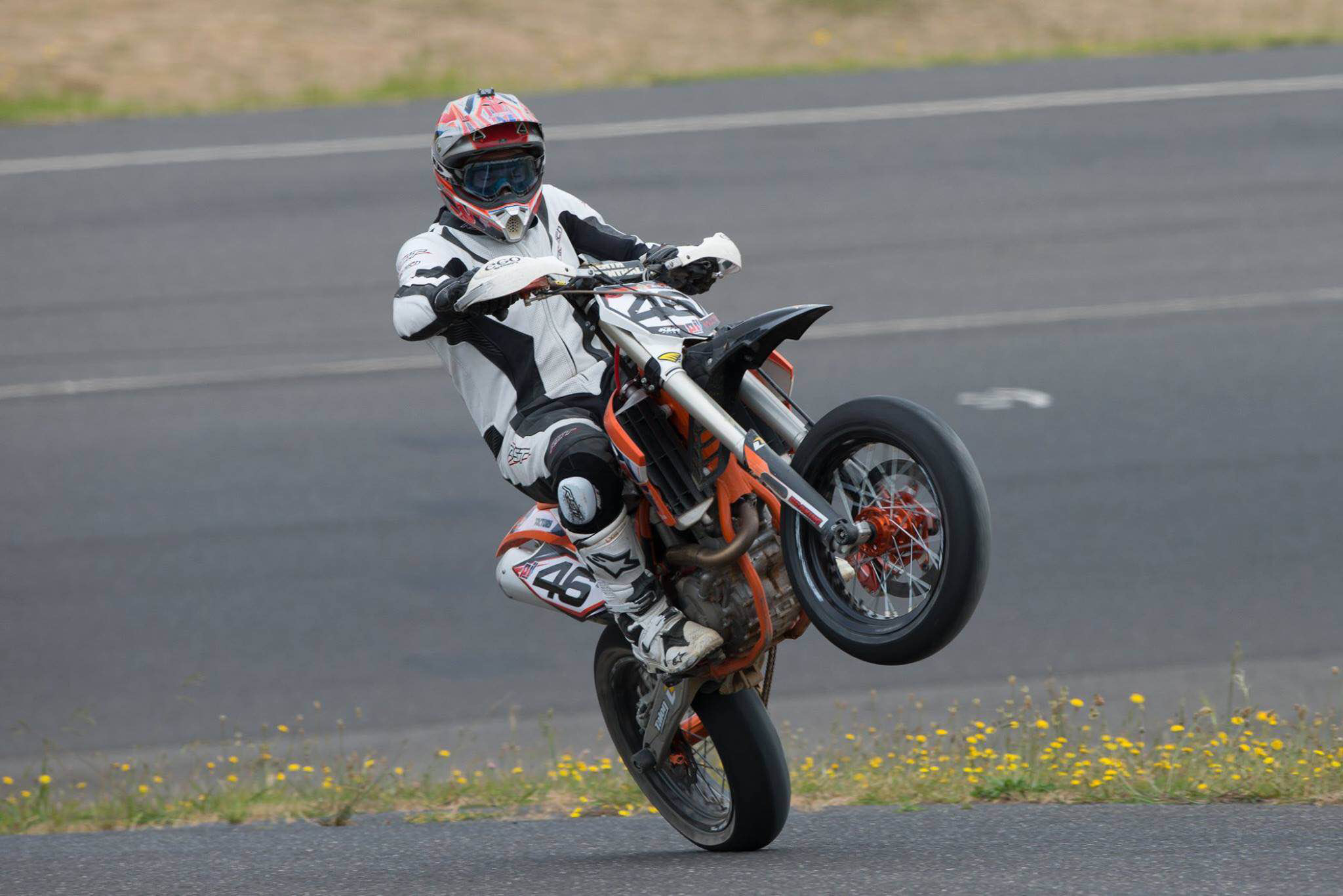 Last weekend Miller won all three of his races at Broadford, north of Melbourne.

Miller, accomplished motocross rider, is relatively new to the supermoto discipline, which involves racing a modified motocross bike on a track, primarily made of bitumen, but incorporates an off-road section.

Miller was competing on a modified KTM 450 and was supported by his father John and wife Corena.

Because of work commitments overseas, Miller had limited time to prepare for the event, and had only competed in one supermoto event a couple of months ago.

Miller plans to defend his Victorian title and chase an Australian championship in 2016.